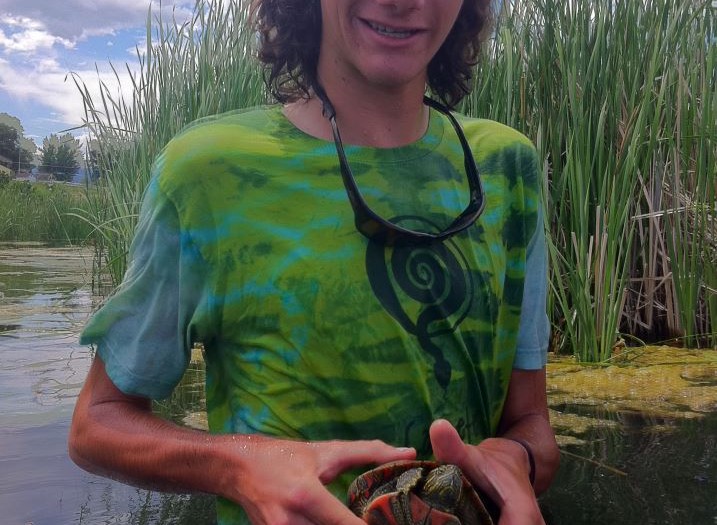 STOP! Reading this as an email? See a much sexier version with the photos much better displayed here:

A couple of notes before I get into the Joyous Discovery

If you want to do me a big favor, be the first to review this book on Amazon!

I now have several new services:

OK, sorry for all the self-promotion.

Yesterday I talked to my friend Nicholas about psychoid objects. Nicholas weaves intention into the amulets, talismans, rings and sculptures that he makes (see his site Wire Wizardry). I mentioned that I might still have an album of photos from the 2003 National Rainbow gathering in California that included images of another wire wizard who goes by the name of “Twister.” When I opened the album this morning, a dusty volume of zeros and ones lying neglected for many years somewhere in the labyrinthine depths of the Snapfish server, I discovered a forgotten aspect of it—-it was filled with captions describing another constellation of synchronicities (see my article Synchronicity—a Brief Introduction) which occurred at this gathering and all centered on the theme of psychoid objects—objects imbued with intention, spirit, even a kind of intelligence. Realizing how significantly this related to our discussion of the day before, I decided to give Nicholas a call. I reached forward in my chair to pick up my iPhone and somehow in making this slight movement, a psychoid object wrought by Nicholas out of citrine calcite and Elvishly twisted antiqued silver wire that I had been wearing around my neck for several days came loose and gently slid down my shirt and into my lap.

During the days I had worn this amulet, without the clasp ever coming loose, I had been biking in both Denver and Boulder, put on packs and winter coats, done all sorts of physical labor that involved jostling around in close quarters amidst a tangle of potentially necklace-ripping objects and obstacles, but the amulet somehow waited until I gently leaned forward to call its maker before it came undone.

Nicholas and I had talked about this amulet the day before in the context of our discussion about psychoid objects. Nicholas discussed the intentions and symbology he had woven into this design of graceful simplicity. For this psychoid object to come loose as I reached for my phone to call him about rediscovered text that described synchronicities related to psychoid objects seemed uncanny. I called Nicholas and told him about the synchronicity. I pointed out to him that the psychoid object is an emergent theme in the collective unconscious. Some of the most potent occurrences of contemporary mythology are to be found in the explosion of great fantasy works that J.R.R. Tolkien helped to ignite and inspire. A theme runs across almost all of them—psychoid objects—blades, like Sting and Glamdring, imbued with heightened awareness by Elvish metalsmiths that sense when Orcs draw near and glow to warn their wielders. The Elder Wand of the Harry Potter books, whose tortured, complex history has the complexity of any human character.

When I hung up the phone I looked at my computer monitor– Facebook on an open browser tab—and I saw an image that pulled me into a cognitive vortex. It was an artifact wrought of zeros and ones and rendered into a glowing constellation of colored pixels. It was a photo of my friend Will at an earlier age which he had posted as his Facebook profile picture. As I stared at this object it projected three dimensionally from the two-dimensional plane of my pixellated screen. I gazed again with amazement and found that it was acquiring additional dimensions and was forming into a rabbit hole which drew my obsessed attention into a depth of cascading revelations.

The break in the clouds that puts blue sky around Will’s head is partly within the photographer’s control, but the first item of uncanny perfection. The blue of the sky is matched perfectly by the streak of blue on the sleeves of the tie-dye shirt as well as by the scorpion designs on the hat. The hunter orange of the cap is the perfect complimentary color to contrast the blue sky and so is the yellow-green of the shirt (according to complimentary color theory blue and orange and yellow-green and reddish-orange are complimentary opposites). The shirt has an organically variegated pattern, a vertically aligned banding. The central part of the shirt’s design has a segmented structure longitudinally divided as if by a spine and this parallels the underside of the turtle’s shell. The banded pattern of the turtle’s head and soft tissue matches the banding of the shirt in an amazing way. And if this wasn’t enough uncanny perfection—the orange of the turtle’s undershell matches the orange of the hat as the two green hues of the reeds match the two green hues of the tie-dye. Even more amazing, Will is standing in the midst of the reeds as if it were a group photo of Will and the reeds. This is an uncanny parallelism because Will is a tall and reedy kind of guy! And of course Will’s expression is perfect, eyes directly gazing at the viewer. All the elements coalesce to tell a single coherent story—the joyous discovery of a beautiful turtle in a reedy pond.

Back to the photo. The central glyph of the shirt is a snake coming out of a spiral. An hour after seeing the image I got the proof of my book Crossing the Event Horizon—Human Metamorphosis and the Singularity Archetype which has a spiral on the cover. The spiral is the central symbol of the Singularity Archetype. Incredibly, the head of the 2D shirt reptile points toward the head of the 3D reptile. This relates to the “Logos Beheld” aspect of the Singularity Archetype, which is related to visual telepathy and the manifestation of images as linguistic intentionality made flesh. The 2D of the shirt becomes the organic 3D of the turtle. The synchronicities, once comprehended, imbue the image with additional dimensions.

The compositional geometry of the image is better than any single image I’ve ever seen. The eye can follow a perfect path from the distant backdrop of the trees and the sky around them. The trees are surrealized by something, perhaps an accidental digital artifact, so that they look like a Japanese print or a modern art partly-abstracted landscape where the silhouette of the trees is haloed with a grayish-green shadow outline. This is like a picture-within-a-picture. This picture looks like it is mounted or standing on the distant mound of reeds as if they were a pedestal for it. And then a variegated pathway is presented with the winding contour of the water. Just as the shirt and turtle have a variegated pattern, so too does the water—it is a vertical path with horizontal banding (like shirt and turtle) and the distance between bands shows us where we are in a very 3D way (the space between bands increases as we get closer to Will and the turtle). The eye is led from the Japanese print in the background along the path of the water to shirt-arm-hand-turtle. Will’s hand and arm sparkle with a constellation of water drops that happen to reflect the light just so. The turtle is almost thrust into the foreground and toward the viewer. The object closest to the viewer— where the path of the image terminates— is the turtle’s head, which has yellow banding that clearly defines an arrow shape, an arrow that points upwards and out of the image as if to indicate the other dimensions of the image.

I’m always interested in your feedback. Send to [email protected]