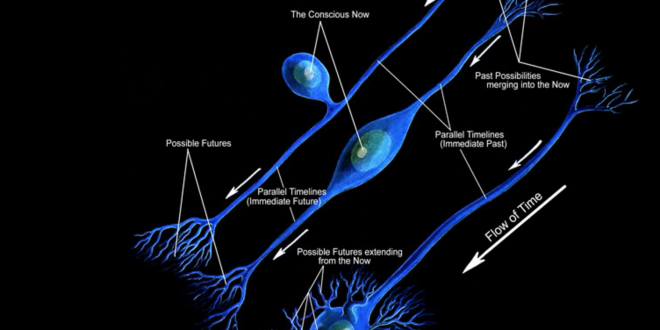 MWI, or the Many Worlds Interpretation of quantum mechanics created by physicist Hugh Everett in 1957, denies wave function collapse and tells us that in any probabilistic situation all probable outcomes occur in separate timelines.

In other words, the reason why Trump won the election, when his odds of doing so were only about three percent, is that he both won and lost and we are living in the three-percent timeline in which the much less likely event occurred.

We are living in the far more improbable, inferior branch of this historic election and this is why so many of us feel a basic “wrongness” about the ensuing reality. In politics, and in many other spheres of human activity, people are experiencing a profound loss of temporal momentum because we have been diverted into the 3% branch. Insiders tell us that the Trump campaign was expecting to lose well into election day eve. Since his improbable victory, Trump has seemed subdued and not really himself, close aides report. They are also reporting a sense of unreality and of just going through the motions of an outcome even they cannot believe.

Even people who are detached from politics are feeling a profound loss of temporal momentum because even though the world appears more or less the same, we are living in a much “thinner” probabilistic branch.

Because the 97% branch we were diverted from has so much more temporal momentum and vitality, many people are sensing it and recalling memories of president-elect Clinton. Although not independently verified by Reality Sandwich, according to numerous leaked reports, at a number of scientific facilities, including MIT and DARPA, hastily arranged experiments are underway to attempt communication and escape portals that, theoretically at least, would allow people in this branch to cross over to the 97% branch. Details of the protocols they are employing are classified and only a few hints have leaked out. Parabolic mirrors and fields of rotating nuclear magnetic resonance are apparently key elements. Others, at cognitive research facilities, are taking a more psychological, consciousness-based approach immersing volunteers in media-quarantined environments where simulated newscasts and news websites report on the details of Clinton’s election and possible cabinet choices, etc.

What both the physical and psychological schools of branch connection agree on is that the window to communicate with, or slide over to, the Clinton branch is rapidly closing as the timelines continue to diverge moment by moment. The psychological school does hold out the possibility that talented individuals and groups with strong capacity for imagination and visualization may still succeed with informal efforts to slide over to the Clinton branch. Numerous such private efforts are underway on every continent, but especially in the United States. So far, however, no one has any convincing metrics on what degree of success or failure they are experiencing.

Some have challenged the ethics of those who are attempting to slide toward the Clinton branch before progressive divergence closes the window of opportunity. Some who think that sliding is possible, nevertheless regard it as morally questionable since it involves abandonment of those left behind in the 3% timeline. There are also questions about possible disruptive paradoxes that sliding could cause. Would there be two versions of the slider in the Clinton branch or would the slider simply merge with the version of themselves that diverged a few days ago? Without communication back from the Clinton branch we have no way of knowing for sure.

A more moral and useful stance toward the three-percent branch, which some, including the author of this article, are advocating, is to accept and embrace the 3% Trumpocalyptic branch despite its intense feelings of  improbability and profound wrongness. As an early proponent of this approach, I have been emphasizing the positive side of Trumpocalypse acceptance. The present sense of unreality, and diminished temporal momentum, is both a crisis and an opportunity. While our branch is still in this liminal, unformed state, those with strong visions of possible futures may never again have such a fertile opportunity to imprint this new branch with the seeds of new possibilities.

“Go then, there are other worlds than these.” —the character Jake, as he falls into an abyss in Stephen King’s Dark Tower series.

To slide or not to slide?

Even if you are able to seize the rapidly dwindling possibility of crossing over to the president-elect Clinton branch, you really don’t know what is waiting for you over there. While accepting Trumpocalypse is a bitter pill, as hard to swallow as an orange comb-over glazed with layers of hair spray, it may actually be more moral than attempting to flee into counter-factual alternative timelines. If you have the strength to stay with the Trumpocalyptic branch you may find a rare opportunity to work creatively with the most malleable and unformed collective timeline you have ever experienced.

Go then, there are other worlds than these, but the most moral  way out of this one is through, and your fellow 3-percenters need people with the strength and vision to work with the Trumpocalypse without losing the vision and will to bring about evolutionary transformation. The author this morning at a portal called Tubakuba in Bergen, Norway said to link parallel timelines.

See also Dispatch from the Trumpocalypse