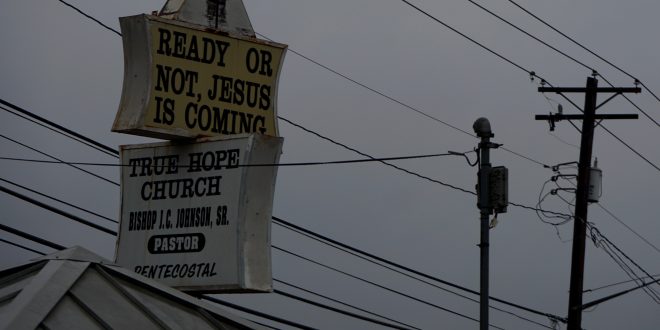 All photos taken by Jonathan Zap on November 9, 2016 in Austin Texas

By prior arrangement, I flew from Denver to Austin on election day, arriving a few hours before any results. I met up with my friend Brandt and we went to the Weather Up bar in East Austin to watch the returns. Boulder was aglow with high desert sun, but Austin was heavily overcast from the moment I landed. As the elections results started coming in a heavy rain began that continued throughout the traumatic night. Now it is the day after and the heavy overcast  has continued all day, a funereal pall, that feels so appropriate to what I’m feeling, a feeling that seems to resonate with the downcast gaze of numerous people I’ve seen on the street. It’s an odd and pervasive feeling, not something I’m used to feeling about elections. It feels more like the devastating aftermath of a great disappointment in love,  a deep body sadness, which doesn’t quite make sense since it’s not like I was ever in love with Hillary. Perhaps it is an anticipation of the future consequences of this terrible outcome. The Leonard Cohen song Everybody Knows captures some of it. (Ironically, the day after I wrote this Leonard Cohen died.)

I think part of the feeling of almost adolescent rejection or betrayal is that Trump is a high school bully with such personal putdowns that activate adolescent complexes. I am from NYC where Trump’s obnoxious presence was known before he became a national figure, and my antipathy to him goes back to the eighties, when I was a young man.  I wanted to see him finally taken down so badly and it seemed so sure that it was about to happen. When instead I found that he would now be my president it was like the bully was standing over me and saying, “Who’s your daddy now?”

There’s also a feeling that the matrix was manipulated in some way to create an outcome that even the most optimistic people in the Trump campaign did not anticipate. For those who follow The Walking Dead it feels weirdly parallel to the triumph of Negan— like coming home one day to find your mom cuddling with him on the sofa, an improvised engagement ring on her finger. Every poll showed Hillary ahead, and there was a feeling of black magical legerdemain, as if we had somehow been shuffled into an alternate reality that wasn’t in the cards just a few hours before.

But the psyche cannot be fully captured by even the most sophisticated statistical analysis. The people in the Trump campaign who insisted that the raw enthusiasm of the crowds Trump drew was more important than the polls have been proven right. Economists have learned that what they call “animal spirits” drive market fluctuations and no amount of number crunching can anticipate such primordial forces.  In my earlier article, Hurtling Toward Trumpocalypse, I quoted the prophetic lines from William Bulter Yeats apocalyptic poem, The Second Coming:

The best lack all conviction, while the worst

Are full of passionate intensity.

Elections, like market fluctuations, are driven by animal spirits, and  sometimes the driving animal-spirit is a rabid dog.

As James Joyce put it, “History is the nightmare from which I am trying to awaken.” We’ve been careening down the long skull-shadowed corridors of history for a long time, and the lessons of history keep repeating. People are always angry and pissed off about the human condition, and there are always charismatic con men able to channel that anger for their own purposes. What most conscious people learn early on is that society is not your friend. There are stable periods when the perks of civilization seem to make the tradeoffs worth it, but human collectives tend to be driven by lowest common denominator forces—fear, anger, greed—and you never know when those primal irrational drives are going to rise up and assert their power to create tragic magic. As Jung put it,

But I don’t want to perceive this as an utterly dark thing, because living systems need shocks to stir up stagnant equilibria and stimulate development. Evolution can work through paradoxical means. Perhaps through ultimate buyer’s remorse some people will awaken to the hollowness of everything Trump represents. I found great solidarity forming between myself and people I had never met before that night as we shared in the communal shock.

Also, we should remember that Hillary won the popular vote. This is the second time in sixteen years that our disastrously stupid electoral college system has given us a candidate a thousand shades of grey darker than the one more people voted for.

On the hopeful side, we’ve had inferior personalities as presidents before and muddled through it. Trump is a bit of a shape-shifter, expertly reading the collective mood. He tuned into the dark feelings of disgruntled Americans, but now that he has actually been elected perhaps he will shape shift again and become more reasonable to adapt to the radically new circumstance of actually being president. His victory speech was gracious and thoughtful. Let’s hope it’s a real signal of a willingness to act in ways that do not reflect everything we know about him.

People who voted for him are going to have a long time to discover what their choice means and just how many (or more probably how few) of the promises Trump made will be delivered. It’s good to empathize a bit with our fellow citizens’ disappointment with the economic system that led them to such a poor choice. But it’s also more than valid to call them out collectively on their stupidity. A long time ago H.L. Mencken said, “No one ever went broke overestimating the crassness of the American people.”  Unlike Trump’s ever-shifting promises, that decades-old statement seems like it’s going to hold true for many years to come.

But, as I told some of my new Austinite friends last night, as individuals our life mission doesn’t have to change with the outcome of elections. My mission only seems more motivating and urgent than ever. No matter what happens we should still be trying to do what we can to make the world a better place from the time we get up, till the time we got to bed one day at a time.

As an introvert, I don’t expect political developments to be the leading edge of evolutionary change. It is more likely to come from the weird effects on human consciousness of virtual reality and the creation of new visions, in various media, that may alter matrix source code more fundamentally.

Psyche is the great danger, but also the great possibility as well.  Change the psyche and the politics and a great many other things will transform.

So if the matrix gives you Trumpocalypse, then use secret alchemical means to create matrix-shifting Trumpocalyptic lemonade.