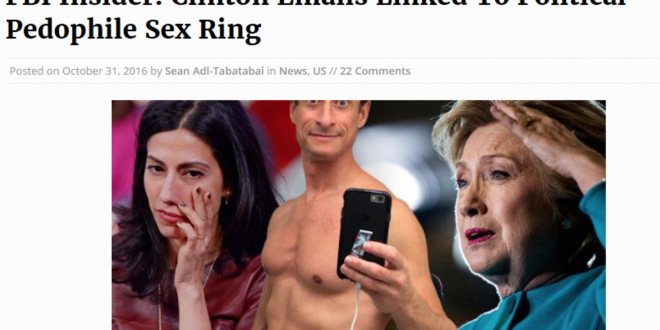 “Not every quote attributed to a famous person is authentic, and not all the news you read online is credible.”  —Abraham Lincoln

It’s not just a notion that we live in a post-factual world, people are actually making a living selling post-factual news. Some of them are teenagers in Macedonia who, in a region where the average annual salary is $4,800 make up to $10,000 a month getting Google Adsense revenue creating fake news for Trump supporters. See this amazing, must-read story from NBC news: Fake News—How Partying Macedonian Teen Earns Thousands Publishing Lies.

Just as people who eat a diet of artificially-flavored, food-like substances lose their appetite for real food, poorly educated folks who prefer red-meat sound bytes that confirm their prejudices, favor spicy, fake news. If you just ate a bag of Cool Ranch Doritos you will probably want to get your daily fruit serving from a roll of tropical-fruit-flavored Starbursts, not an apple. Similarly, if you live on a diet of spiced up, non-factual sound bytes, you are not going to read, or may not even be able to read, nuanced, complex, fact-checked news articles.

Facts have become so 2009, while false factoids have become the shiny, new bit-coin of the realm. Just in the last few days the president-elect of the United States of America has tweeted such obvious falsehoods as the claim that he won the electoral college in an historic landslide (actually it was a comparatively narrow margin) and that he actually won the popular vote“ if you deduct the millions of people who voted illegally.” (Read a quick fact check on these claims.)

To be fair, fact-adverse folk have been around in every era. But now, American appetite for news-like substances is getting so super-sized that lie vendors, even teenagers in Macedonia, can live like rockstars off of their desire to be deceived.