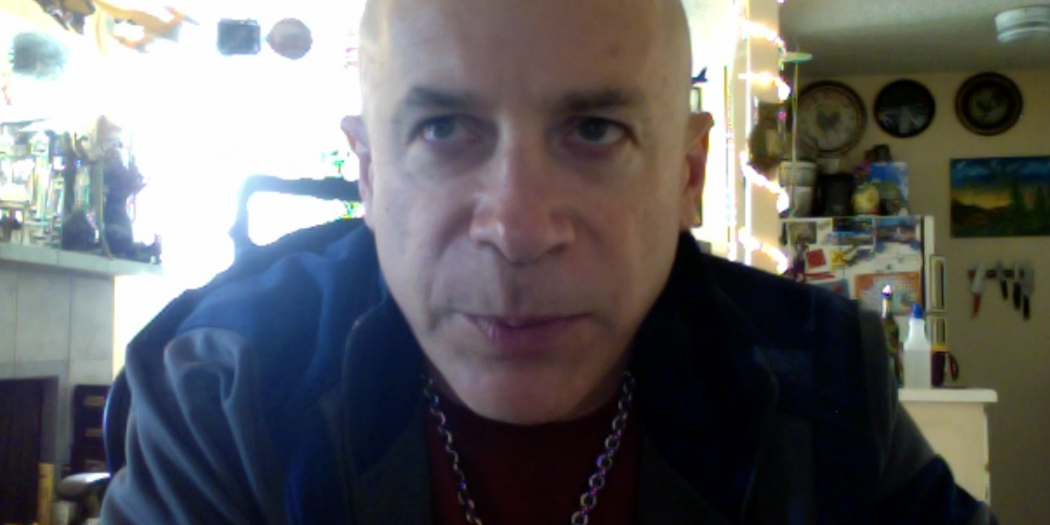 The conspiraitist world view—the belief that a unified cabal of elitists is manipulating world events, mind controlling the population, that the main stream media is nothing but lies and that we already live in a police state and a New World Order, etc. has become ubiquitous in global culture. It is the premise of so many Facebook posts, viral memes, websites, radio shows and movies. It transcends red and blue and is as likely to be heard amongst the far right and the far left. It is a perspective widely held in Europe, Central and South America, the Arab world, Australia, New Zealand and almost any place you can think of. Typically, the purveyors of this point of view think they are daring revolutionaries waking up the sheeple, etc. and don’t seem to notice that they are actually just one more of a vast and growing multitude who hold this perspective. Many of these people are close friends of mine.  My challenge to them is to listen to this talk and consider whether this worldview actually represents an awakening rather than a distorted perspective riddled with problematic assumptions and reality testing issues.

Correction: The way I mentioned a colleague of Alex Jone’s appearing on Coast makes it sound like it was John Wells, who was the host of the show, not the guest.

Although conspiratists usually claim that the mainstream media serves only to brainwash “the sheeple” etc. they never seem to notice that mainstream corporate movie studios/ television networks, etc.  are always making popular high-budget movies and TV series that cater to their all-too-common worldview. There are so many movies that portray a ruling elite as a demonic force that people need to defeat. Another really obvious example is The Hunger Games. Lesser known, but with an intriguing premise is In Time with Justin Timberlake—read the first paragraph of the Wiki to see how it mythologizes the same theme.  Outside of fantasy and sci-fi there are even more movies where corporatist elites are the evil ones that a group or individual protagonist must bring down. Michael Clayton with George Clooney is an excellent example. All these shows, the X Files, Mr. Robot, etc. are made because these corporate entities are not part of an Illumanati conspiracy they are part of a vast nonconspiracy—-the desire to make money. They do what will sell and bring in quarterly profits.  If they wanted to make sheeple, the wouldn’t make The Hunger Games but only movies that depicted heroic young people who were loyal soldiers of the government, etc.  When I point this out to conspiratists I get  classic circular, delusion-conserving, responses: “They make those so you won’t think they are brainwashing you.” etc.  Nazi propaganda minster Joseph Goebbels and other purveyors of Nazi culture, who really were masters of brain washing people did not make anti-Nazi films to convince people they weren’t being brainwashed. Everything they made was on-message and pulled in the same direction.  You don’t brainwash people by spending hundreds of millions of dollars making Hunger Games movies that portray good-looking, charismatic young people taking down the 1% who are portrayed as corrupt, decadent, cruel, sadistic and as using their mainstream media to brainwash people!

The conspiratist world view is part of a larger problem of scorn for reality testing which is also quite common in the New Age, amongst religious fundamentalists and also  militant atheists and debunker types as well as many other subcultures: See Reality Testing is Politically Incorrect

Conspiratism typically involves many of the blind spots and pitfalls of other types of esoteric study: See:

Much of what seems like a vast conspiracy are actually different permutations of the culture of psychopathy that characterizes many spheres of power. See:

Foxes and Reptiles—Psychopathy and the Financial Meltdown

Focusing on an Evil “They” can actually empower evil. See: How to Empower Evil: Keep Talking about They

Are there unseen forces manipulating the human domain to promote strife and negative emotions? The idea of a parasitic species manipulating mankind goes back (at least) to the ancient gnostics if not earlier. 2,000 year old Gnostic texts were the major inspiration for the movie, The Matrix. Although this perspective is considerably stranger than the conspiratist world view, and although I regard it as speculative, I actually think it has more merit than the idea of a unified cabal of human egos puppet mastering the world. See the Mind Parasite Category of this site where you will find a number of documents, You Tubes and podcasts on this subject. Mind Parasites, Energy Parasites and Vampires is the introductory work.

Great video on problems with the Truther view of the collapse of the Twin Towers: https://www.youtube.com/watch?feature=player_embedded&v=mmIjDfpTeMc

My friend Jordan Lejuwaan just sent me this. He is the creator of High Existence a beautifully done website full of great insights and suggestions for living a better life. The following post, which could relates chaos theory to the conspiracy view could have been entitled “You are the Illumanati (and a snowflake)” It is brief, beautifully done, deep, wise, and cooler in the sense of less heated as my rhetoric tends to be, and snowflakes are less divisive then dissing Alex Jones, etc. http://www.highexistence.com/snowflakes-and-the-illumanati-how-chaos-theory-debunks-the-new-world-order/

And for people who say that steel buildings don’t fall down due to fire—-how many are hit by jumbo jets with full fuel tanks? Jet fuel causes steel to bend like wet noodles. National Geographic demonstrated that and in this article/video a black smith demonstrates it in his forge: http://www.addictinginfo.org/2015/12/16/sorry-911-truthers-this-new-video-totally-destroys-your-stupid-jet-fuel-conspiracy-theory-video/