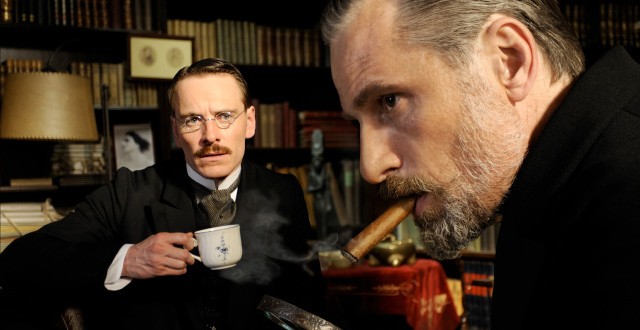 Vigo Mortensen as Freud, and Michael Fassbender as Jung, in A Dangerous Method 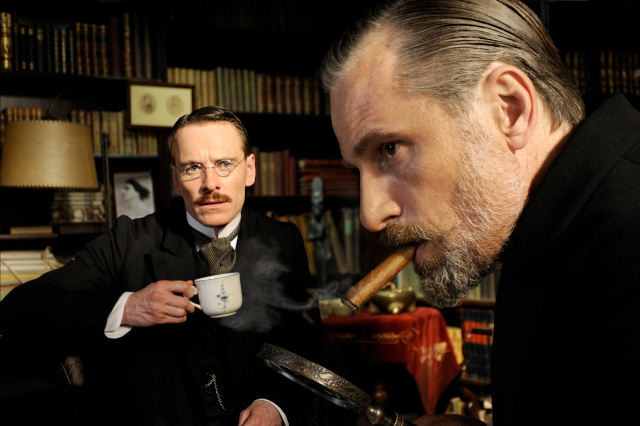 If you are getting this as an email, stop, you can see a much sexier version here: http://zaporacle.com/the-dangerous-methods-of-david-cronenberg-a-brief-review-of-a-dangerous-method/
text copyright 2012, Jonathan Zap
edited by Austin Iredale

Vigo Mortensen as Freud, and Michael Fassbender as Jung, in A Dangerous Method

“…he made on me personally the impression of a man obsessed with fixed ideas. I can make nothing in my own case with his dream theories, and obviously “symbolism” is a most dangerous method.” 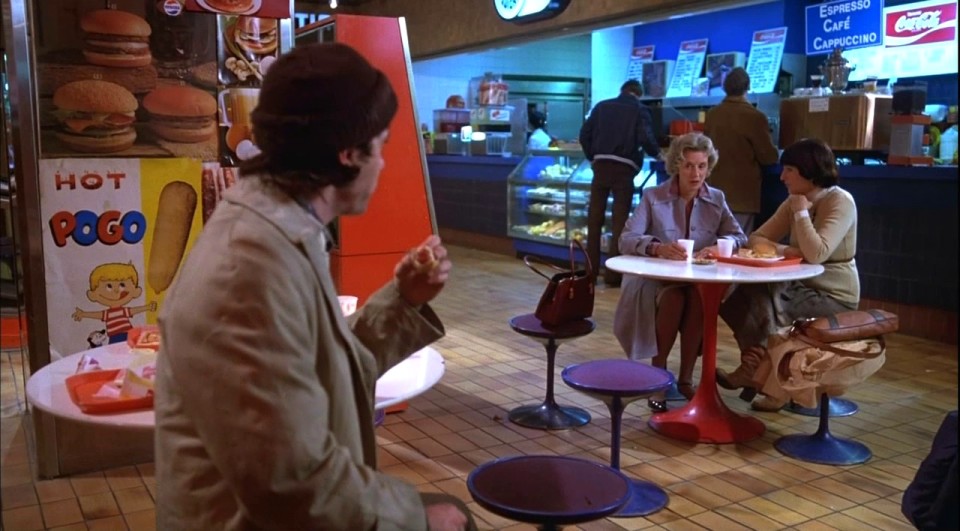 David Cronenberg, who in the 80s was making movies like Scanners about mutants whose telepathic boundary dissolution made them so painfully aware of the chaotic mundanity in people’s minds that they lived at the margins of society and, if sufficiently enraged, employed psionic powers that could make someone’s head explode into a flying shrapnel of skull shards and brain tissue, has made a subtly restrained film about the tense relationship between  Jung and Freud. 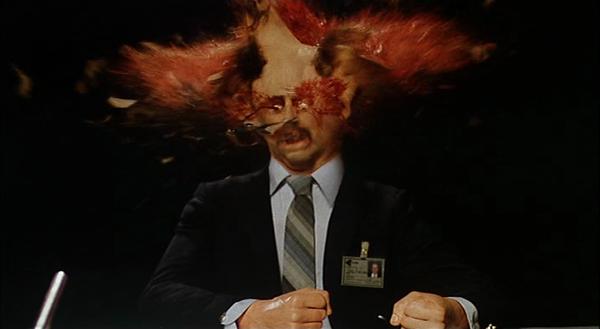 Sorry, but the urge to work the plot of Scanners into a surrealistically run-on sentence related to the history of  psychoanalysis was a disruptive urge I found impossible to repress. A Dangerous Method is still (late January, 2012) playing on some independent screens  including The Mayan in Denver, where I just saw it.

A Dangerous Method is a highly disciplined film that very accurately portrays many of the fracture planes in the relationship between these two great pioneers of psychoanalysis. The story centers on Jung’s affair with one of his early patients, a beautiful, 19-year-old Russian-Jewish hysteric, Sabina Spielrein. Transference, counter-transference (Spielrein/Jung, Jung/Spielrein, Freud/Jung, Jung/Freud, Spielrein/Freud, Freud/Spielrein), proto-psychoanalytic method, Victorian propriety and explicit Victorian S&M, and  a number of other dense layers of charged signifiers, all get very concisely mixed together in a way that never seems like what it could so easily devolve into—the cheap movie device of centering a complex history on a steamy romance.

The film reveals much about the dark side of both Freud and Jung. The iron fist of Freud’s patriarchal authoritarianism and monomaniacal dogmatism  is visible beneath  the velvet glove of his charisma, old world decorum and courtly charm. Jung’s adulteries, violations of professional ethics and descent into near madness and other liminal zones is shown to be inextricable from his visionary realizations. As Jung once said, “The larger the man, the larger the shadow,” a statement that 6’5″ Jung no doubt meant to refer to himself. Jung’s brutality and bullying tactics, however, are left out of the film.

At first, the casting seems surreal—Viggo Mortensen as Freud? Yet Viggo pulls it off brilliantly with a performance that, like the film, is restrained, subtle and sympathetic. 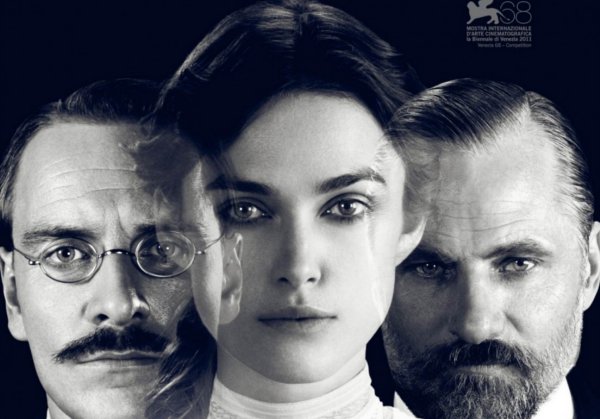 Many critics and moviegoers have criticized the acting of Keira Knightley as Spierline, especially the extreme facial contortions, etc. she makes early in her treatment.  Most of us haven’t met Edwardian era hysterics facing incestuous sexual material, but according to Cronenberg, Jung described the facial tics, etc. in his notes. Keira was obviously doing exactly what Herr Director Cronenberg wanted, so if you feel her performance is over-the-top it would be his fault, not hers.  Here is what Cronenberg (as quoted in the Daily Beast) has to say on the subject:

Since going to the movies so often involves the extreme hazard of seeing trailers for god-awful romantic comedies where overly-caffeinated yuppies do a series of manic, supposedly funny things with other, overly-caffeinated yuppies, I was delighted to find a movie love triangle so charged with dense, ambiguous, layers of psychoanalytical tension that M.C. Escher and Salvador Dali could wander its labyrinthine, ever-receding corridors for a bewildered eternity. The impartiality of the multiple perspective is such that all the principals seem entirely justified in their irreconcilable perceptions and actions.

The film has an admirable efficiency in conveying a depth of information. For example, in just a couple of moments, each lasting only a few seconds, Cronenberg  conveys the economic disparity between the two men, an aspect of their relationship rarely commented on. Freud needed to see patients to pay the rent on his claustrophobic apartment in Vienna, while Jung, who grew up in genteel poverty as a rural minister’s son, married the second richest woman in Switzerland, heiress to the IWC ( a great Swiss watch company) fortune. Jung could have a years long fallow period to go off the rails and into the unconscious, but Freud could not. The divergence of their economic fortunes had strange parallels to other divergences between them—Jung’s more expansive view of libido for example, and Jung’s expectation of transcendence through psychoanalysis, while Freud, like a weary, working man, hoped only to replace neurotic suffering with ordinary suffering.

I was delighted to see that Cronenberg, faithful to his Scanners past, chose to include the telekinetic episode that happened between Freud and Jung. I also fell in love with many of the period details, especially the beautifully realized steampunk apparatus Jung used to measure galvanic skin response in his early word-association experiments—a device that has both a turn-of-the-century Swiss precision and a Rube Goldberg-like extravagance. Cronenberg understands the mythic dimensions of crucial gadgets, like the increasingly organic Clark Nova typewriter he created for Naked Lunch. 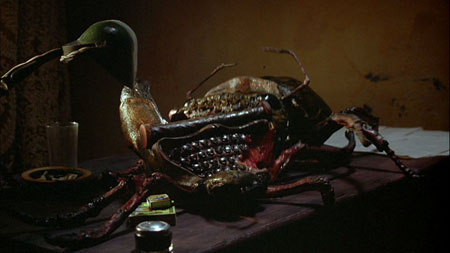 The Clark Nova, in one of the many stages of its metamorphic lifecycle

All of Cronenberg’s films employ some sort of dangerous method, but this one does so with masterful restraint.