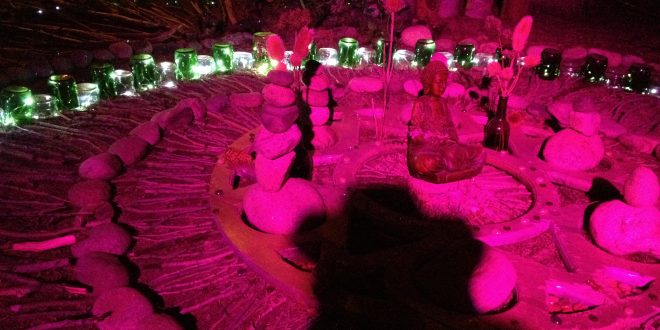 photos and text by Jonathan Zap

The death of photography: are camera phones destroying an artform?

This interesting article from The Guardian considers whether the ubiquity of camera phones is having a ruinous effect on photography. Throughout the ages, new technologies are always said to be the ruin of something. For example, Socrates (as quoted by Plato) made the following disparaging comments about the technology of writing:

[Writing] will create forgetfulness in the learners’ souls, because they will not use their memories; they will trust to the external written characters and not remember of themselves. The specific which you have discovered is an aid not to memory, but to reminiscence, and you give your disciples not truth, but only the semblance of truth; they will be hearers of many things and will have learned nothing; they will appear to be omniscient and will generally know nothing; they will be tiresome company, having the show of wisdom without the reality.

Similarly, The Guardian article tells us about psychologists who argue that,

“…there is a ‘photo-taking impairment effect’. That means if we take a photo of something we’re less likely to remember it than if we’d looked at it with our eyes. ‘When people rely on technology to remember for them,’ argued psychologist Linda Henkel of Fairfield University in Connecticut, ‘counting on the camera to record the event and thus not needing to attend to it fully themselves – it can have a negative impact on how well they remember their experiences.’

Susan Sontag made a more potent case for the dissociative effect of picture taking in her book, On Photography. Of course, a down side can be found for everything. As Sophocles said, “No great gift enters the human sphere without a curse attached.”

In many ways, the amazing availability of cameras is a great gift. One principle of photography I’ve long followed is that the best camera is the one you have with you. I can get better image quality from my DSLR than any camera phone, but I don’t always have it with me. My Iphone 5s, like all smartphones, has a cheap lens and a tiny sensor, but it’s always there. Composition matters much more than resolution and I’ve taken good pictures with disposable cameras and even the earliest camera phones.

The curse attached is the endless abundance of bad photography, especially on social media like Facebook. Here are a few tips if you don’t want to be one more of the purveyors of sloppy camera phone photography.

1.  Compose your picture! Yeah, it’s convenient to rely on sensors and algorithms to take care of focus and exposure, but there is no auto-composition function. Try turning your phone to landscape mode and avoid putting your subject in the exact center of the image. Try to get some sort of left-to-right flow going that the eye of the viewer can follow across. 2. The further away from your torso you hold a camera the more unsteady it will be. Hold you phone with both hands and bring it as close to your torso as you can. Johnny Haeberlin with glass of water and Galaxy S4 in Boulder, Colorado Photo by Jonathan Zap with Iphone 4s

3. It is possible to take unposed pictures of people. Capturing people in silly poses of Facebook-ready exuberance at the social status they have achieved by being at the same keg party as you is not the only way human beings can be represented photographically. Part of the problem is that people are so obsessed about their mostly nonexistent privacy that candid photography is becoming an endangered practice. Nowadays you may have to endure paranoid looks and abrasive comments from people who assume that anyone talking unposed photos of people must be an NSA employee. Creative photography is a crucial art form and people who have legitimate privacy issues should focus more on the cameras that don’t have people attached to them. If you are in a public place, or with people who have already consented to candid photography, don’t hesitate to take unannounced pictures. 4. One of the greatest distinctions between photographers and snapshot takers is that photographers have the good taste not to show you their bad photos. Less is often more. Don’t be one of those people who thinks they owe it to Facebook to post every damn photo they took somewhere. If in doubt, throw it out. Even within a single photo, less is more. Try to get the busyness out of the frame. Anything in your composition that doesn’t add to the image, detracts from it. 6. In live human situations, you need to keep your finger on the shutter button and use intuition to anticipate the climactic moment.  The great Parisian street photographer, Henri Cartier-Bresson, wrote a book called The Decisive Moment in which he discusses this principle. In any dynamic human scene, by the time you see the right moment, it’s too late to take the picture. People’s expressions change in microseconds. You need to be able to anticipate the moment and trigger the shutter just before. HCB liked to work with Leica rangefinder cameras and one of their virtues is their very precise shutter trigger allowing you to very accurately select that decisive moment. I grew up on Leica rangefinder cameras.  Here’s a photo I took with a Leica of people watching the Macy’s day parade in NY in the early 70s when I was 12 or 13: (CLICK ON IMAGE TO EXPAND) This image is currently in use in Zap Oracle card #632, The Other Stars

Although Leicas have great optics, the film that HCB was using was early Tri-X that was so grainy it was probably the equivalent resolution of a 2-megapixel camera phone. The above image was probably taken with a more modern version of Tri-X, but the only digital version of it I can find is much lower res that the original.  The point is, the camera you have in your pocket is more powerful in a many ways than the one that HCB used to take some of the greatest candid photos.

Another example of catching the right moment with antique equipment and, in this case,  an unskilled operator. The following photo of an outdoor cat living in the yard of my family home in the Bronx was taken when I was 12 and it was one frame of, literally, the first roll of film I ever shot–a 12 exposure role of 120mm black-and-white film. The camera was  an antique, a  pre-WWII era Rolleicord with uncoated optics. (CLICK ON IMAGE TO EXPAND) This image currently in use in Zap Oracle card # 232, Loneliness

I’ve incorporated a lot of my best photography into the 664 cards of the Zap Oracle: