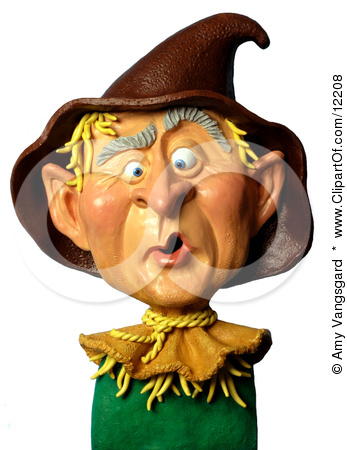 Yes, like most of you, like all of you who have any hope of remaining on my email mailing list, I felt upset about the election news. I felt like someone looking forward to four years of chemotherapy with a prognosis of agonizing death, felt like a 100 year old coal miner with sever rheumatoid arthritis approaching a four year shift in the coals mines after a breaksfast of cold gruel, felt like I had been hit in the chest with a depleted uranium canon ball the size of a Death Star.

But then, about sixty seconds ago, I realized what a blessing in disguise this really is. All my life I have expected to witness apocalypse and especially after nothing much happened at the turn of the millenium I started to notice that something was delaying apocalypse, dragging it out. A Kerry win was likely to create even more substantial delays. Just a few seconds ago I came to realize something: Do I want to be an old man huddling in the back of cave trying to escape the nuclear fall out and a society of cross burning spooks who want to exterminate all mutants? Of course not, I would much rather be huddling in the back of the cave in vigorous middle age when I much more physically fit! If armageddon is delayed any more I may not be able to handle it! So bring it on George W!

Also, many of you, like me, have long wondered what it would really be like to live in a toltarian country. Do you want to wait till you are old to wait on food rationing lines or try to survive the rigors of labor camps when you are no longer fit enough? Of course not! Let’s get our concentration camp experiences while we are still young enough to appreciate them.

Many of us were already attracted to travel, well now travel to Canada, Europe and Scandinavia seems so much more attractive! Isn’t it almost a magical feeling of attraction to know that there are entire countries out there, that you may never have explored, where W-haters are in an overwhelmingly solid majority? Don’t worry about anti-Americanism, those people are smart enough to know straight off that you are not there to convert them to freedom fries, but are part of the 48% that voted against Bush, they will embrace as you as long lost cousins escaping from a land ruled by an evil step father.

Don’t you feel refreshingly awakened from any foolish naive hope that the historical process would produce anything good? Now we can ground ourselves in what we always knew was the real answer: the end of history!

So please, be uniters, not dividers, stop resenting W when you know in your heart that he is the exactly, perfectly, divinely perfect person to put a stop to the endless, annoying delays of armageddon. And suppose he and his born again cohorts are right, and everyone who voted for W is suddenly lifted away in a Rapture. Wouldn’t it be great to be among Those Left Behind!? We could take all their cars, their homes, their bank accounts brimming with tax cuts, and we could probably get Woody Harrelson or Michal Moore elected President.
If Kerry were elected, than many mutants would have tended to go to sleep, to forget that a majority of the country hates their guts, but now it is right in their face, the Bush sneer coming to you from telescreens everywhere for four more years. If that doesn’t intensify your will to see the Babylon Matrix brought to an end than what will? Do you need to wake up one morning and see that everyone except you on the planet is Agent Smith? Isn’t it enough to know that just 52% of your country voted for Agent Smith to wake up right now? Those of you who read 1984 may remember that when Winston Smith was being tortured in room 101 by the party leader O’Brian he asked O’Brian (sort of rhymes with O’Reiley) what his vision of the future was. O’Brian replied, ” Imagine a boot stepping on a human face forever .” This was very prophetic, we just need to update it slightly and “imagine” a Republican cowboy boot stepping on your face forever. That is your wake up call, that is your invitation to join me in bringing an end to The Babylon Matrix as soon as possible. The mutants must awaken and unite, and that is the one serious thought I wanted to share, this election outcome should help bring mutants together. Remember, it was Sauron’s rise to power, not Al Gore’s, that brought the ring fellowship together, that started the quest. Do you think anyone could have motivated themselves to cross the wastelands of Mordor to get Al Gore out of Tower? Hello? We need concentrated evil to make the story interesting! If you want your life to be a quest, want to be part of a fellowship of intense mutants who have the heroism and will to bring a whole age to an end than this is your call to adventure! The Shire has fallen, time to get on the road that goes ever on and on where many paths and errands meet. And whither then? None can tell….