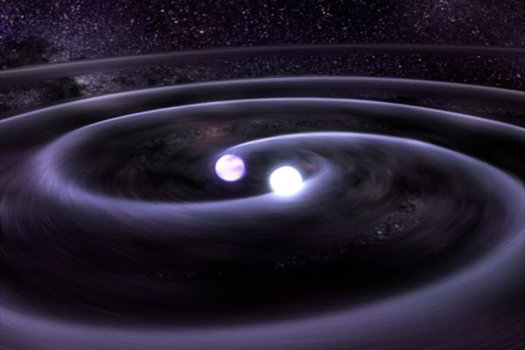 Another star in the galaxy of souls, one out of the six or seven billion
Swarming across this rotating, orbiting ball in space,
Comes spinning into my trajectory,
And we converge,
For a time we form a binary orbit,
Weak and strong forces push and pull,
We exert tidal forces on each other—
My weather changes, but so does yours.

You are a planet orbiting with me, the other.
And you have spin and counter spin,
But then, so do I.

Your planet is still a young world,
The cells of your planet have fewer transcription errors,
And are juicier than those of planets just a few years older.

Your cells coalesce in a way that creates topographical symmetry and glow,
A curvilinear tautness,
And from the horizon of my world you seem iridescent, opalescent, prismatic, shimmering and scintillating, sparkly and all attractive.

Astronomers on my world call such a planet of sparkly young cells “a Hottie.”
A Hottie is a planet in a certain phase of its life cycle
When it appears all sparkly and iridescent.
Many planets never even go through such a phase,
Though astronomers on other worlds view planets through different kinds of
Telescopes, and filters, and may vary in their spectrographic analysis and all that,
But I know when a planet is a Hottie from the horizon of my world,
Because it is iridescent and sparkly, its pull is tidal,
And its oceans are bluer, its forests greener, its topography is smoother, and
When it comes into binary orbit, there are shimmering waves of heat,
Heat that seems to come from the Hottie planet,
But is actually a type of global warming happening on my planet.

This global warming carries a threat of extinction,

And then I want the temperature across worlds to equalize,

I want explosive interplanetary thermal discharges,
I want to blast off in my rocket ship and
Cross the event horizon into the Hottie planet.

But that’s only what I want, that’s not what I do.
I respect interplanetary treaties and spatial boundaries.
I realize that most Hottie planets do not need
Over-heated, middle-aged astronauts racing across their topography.

Binary orbits may happen for many reasons,
And there are always energies exchanged,
Both worlds are always altered,
And the existence of tidal forces
Does not mean that there needs to be explosive interplanetary thermal discharges,
And that kind of thing.

These are planets passing in the night of time,
Their trajectories are long and mysterious,
Unknown even to themselves.

A planet may go Hottie for a time,
But that phase soon fizzles out and
Smooth, opalescent topographies become ridged and convoluted,
And yet….

And yet a molten Core remains,
Invisible to naked eye astronomy,
Which sees only the topography of a world,
That thin film of perishable life…

But the Core is molten metal and nuclear.
The Core lasts longer,
Changes more slowly,
Has more mass and energy,
And while the surface topography may be iridescent and sparkly,
With scintillating flashes of color,
But may then turn gray or even white,
And opalescent topographies may shrivel and become dull and convoluted,
Yet the Core stays constantly molten,
While topographies constantly molt,
And since the Core is much more massive,
It is the Core that has the inertial momentum,
It is the Core that determines trajectories and binary orbits.

The Core is like a molten canon ball and
The topography is like an iridescent peacock’s feather,
But in a vacuum the cannon ball and the feather fall at the same rate,
And if you become obsessed with planets that have gone Hottie,
That can suck all the atmosphere out of your planet and
Create a vacuum,
And then you can watch the iridescent feather and the molten cannon ball
Fall at the same rate.

When the trajectory of my planet, and that of a Hottie planet,
Bring us into binary orbit for a time,
I know that it is the massive, molten Cores that have brought us together.
Of course there will be obsessive astronomers on my world with
Reflector telescopes mapping the opalescent, curvilinear topographies of the Hottie,
And they will look for any sign of
Possible explosive interplanetary thermal discharges and all that,
But on my planet we know that sparkles are not signals of intent,
And we respect interplanetary treaties and spatial boundaries,
We respect the molten Core, which we cannot see,
And do not presume to know another planet’s tidal forces and trajectories.

We know that we are planets passing in the night of time,

And that there are other worlds than these…