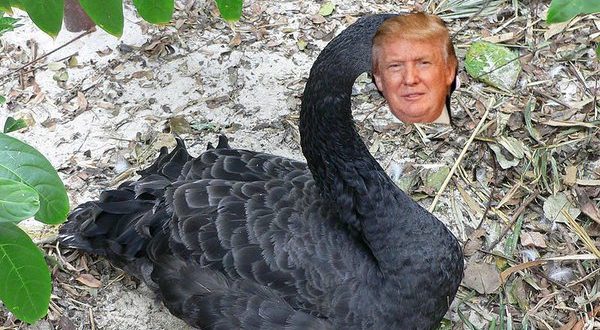 The Washington Post just published an excellent overview of what Trump’s false wiretapping claims mean. They also discuss the extreme irony of Trump’s tweeted accusation that Obama was engaging in “McCarthyism” when it was McCarthy’s notorious lawyer, Roy Cohn, who mentored Trump, and taught him his blunt force way of bullying —-a counterfactuating, counterpunching, flooding-the-zone-with-bullshit, never apologizing, distracting-from-a-vulnerability-with-an outrageous claim way of making your way in the world.

In the New York tabloidverse Trump felt like a Norse god wielding his Cohn-Hammer. And as they say, if your only tool is a hammer, the whole world looks like nails. And now Trump, his Norse godhood affirmed by electoral college and the trumpting of sycophants, strides across a world that sparkles with shiny new nails as far as his cyclopean vision can see. He wields his Cohn-Hammer more confidently than ever before, landing Tweets that reverberate throughout the world.

What Trump doesn’t know yet, but will soon discover, is that he has stepped into a sphere of power where the rules of physics are not quite the same as they were in the tabloidverse. In this sphere, for every blunt-force action, there is an exponentially greater and more varied array of reactions. You hit one nail and it sprouts into an encircling forest of razor wire. You hit another and recusals, resignations and congressional investigations sprout forth all around you.

Trump is like a grade-school bully, well-worn hammer grasped in tiny hands, showing up to a four-dimensional chess match with nuclear stakes.

But these are just metaphors and similes. In actuality, Trump is a giant, twittering black swan on steroids and airplane glue thudding into a crackle-glass citadel riddled with an infinite complexity of razor-sharp fracture planes.