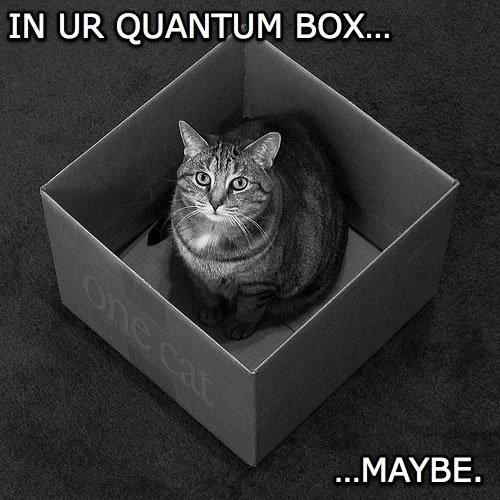 To Collapse or Not to Collapse the Wave Function?

If you got this card as an email, go here to see the much better looking version: http://zaporacle.com/card/to-collapse-or-not-to-collapse-the-wave-function/

This card uses wave function collapse, a concept from quantum mechanics, as a metaphor for two states in the human domain — the state of indeterminate potential and free floating possibility, and the state of definite commitment and grounded engagement in the particular. I emphasize the metaphorical aspect because there is a New Age tendency to appropriate the findings of quantum mechanics and use them inappropriately. Quantum mechanics applies to the subatomic domain, and is comprehensible in the language of mathematics. Some will take those findings, and in a glib and misleading way apply them to the human domain. Collapsing the wave function, appliedmetaphorically here, means to sacrifice the indeterminate state by committing and engaging with something definite. So, for example, someone who relationally is “playing the field” and is uncommitted has an uncollapsed wave function, whereas someone in a monogamous committed relationship or marriage has collapsed the wave function relationally.

Sometimes it is better not to collapse the wave function. For example, it may be better to leave certain ultimate questions left open rather than collapse them into definite answers in the form of a rigid fundamentalism. The uncollapsed wave function can be a catalyst for exploration, investigation, imagination and fantasy. When a young person starts college as a liberal arts major the wave function is uncollapsed. They are free to study and investigate many subjects and discover what inspires them. Other young people seem prematurely adult. They begin college with a definite major and a predetermined career plan as if college were vocational school.

Sometimes there is a strong need to collapse the wave function to fully engage life. For example, we all have seen guys in their thirties or forties who are still lost boys living in Never-Never Land, unable to commit to any career path or particular relationship. Clinging to the uncollapsed wave function allows them to feel that anything is still possible. By refusing to collapse the wave function they seek to evade the risks of commitment. Life passes them by while they linger in a stagnant indeterminate state.