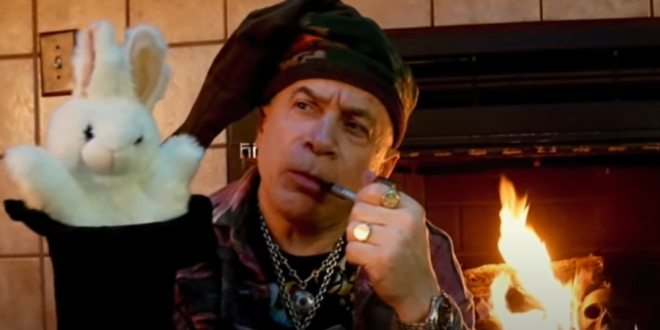 Note: the Guidebook Is A Youtube Playlist of Three Videos  The first video was filmed at the amazing Meow Wolf in Santa Fe, New Mexico Parts Two and Three at Zap Oracle International Headquarters in Boulder, Colorado

WARNING: You are currently living in a Rabbit Hole that is a disgrace, a disaster, pathetic, sick, stupid, crooked, failing and sad. See:

Some of the topics and skills covered in Rabbit Hole Navigation:

How do you stay oriented and keep your moral grounding in an age of accelerating evolutionary metamorphosis?

Why reality-testing has become politically incorrect (and not just amongst fundamentalist and right-wing factions but also in New Age circles, festivals and subcultures).

The trickster aspect of the paranormal and the discernment skills needed to work with  synchronicities, dreams, visions, charismatic experiences and paranormal occurrences without over reading them or being misled in various other ways.

Anti-rationality and the pre/trans fallacy

The “elder” fallacy and how to evaluate those who claim special lineages, off-planet connections, prophetic abilities, etc.

The crucial importance of “shadow” integration

The psychology of apocalypticism

Wariness about materialist, pseudo-skeptic types with delusions of objectivity—-

Scientism versus science, and why so many scientists and institutions have an irrational and bias against paranormal phenomena and research

These are some of the skills I’ve learned from the last forty years of navigating rabbit holes. The adult phase of this work began in 1978, when I was 20 and in my last year of college. I set out to see if I could find a connecting link between my own paranormal experiences, obsessions, and parallel themes and images emerging from popular culture. In other words, I put himself into a nexus of all the rabbit holes I had ever known and tried to find a way through.

Fortunately, help came from the master navigator of rabbit holes—-Carl Jung, who provided, through his collected works, crucial tools and guidelines that allowed me to make a life-changing discovery—- what I call the “the Singularity Archetype,” an emergent archetype that relates to the evolutionary metamorphosis of both species and individual. By May of 1978, the newly discovered roadmap through the nexus of rabbit holes became a philosophy honors paper entitled, “Archetypes of a New Evolution,”and in 2012, I published the much more developed version, Crossing the Event Horizon, Human Metamorphosis and the Singularity Archetype.

While I’ve written more than a hundred articles and essays relevant to rabbit hole navigation, most of the basic principles can be found in the following essays (which can also be listened to in their YouTube versions):

Problems with the Conspiratist Worldview

There are certain moments when in the midst of rabbit hole navigation, amidst the slippery, treacherous suctions and impelling forces of creative obsessions, amidst the shadowy woods that are so lovely, dark and deep and hold promises you want to keep–

—when you look up and see the labyrinthine journey of ever-shifting improbabilities is actually working, and that though the journey is the destination, you are also actually getting somewhere and may even be able to offer maps, maps that generate their own territory and may one day be of use to other navigators . . .