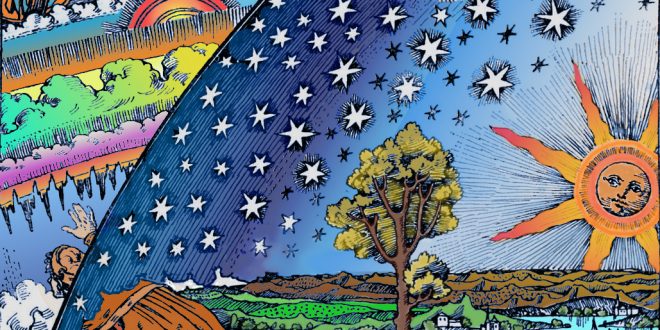 Dr. Edgar Mitchell, the sixth man to walk on the moon, Rey Hernandez, and a number of PhDs in physics, neuroscience, psychology and research methodologies founded FREE a non-profit dedicated to investigating the links between various paranormal phenomena and a new paradigm they are developing called “Quantum Holographic Consciousness.”

Since the 1980s, a few researchers including myself, Dr. Kenneth Ring, Terence McKenna, Jacque Valle, Dr. Michael Grosso, Dr. Jon Klimo, Whitley Streiber, Jeffrey Kripal and a few others have been suggesting a central source of a variety of paranormal phenomena and working toward more holistic explanatory models.

Rey Hernandez is one of the four co-founders of FREE (The Dr. Edgar Mitchell Foundation for Research into Extraterrestrial Encounters). The other three co-founders are the late Dr. Edgar Mitchell, Dr. Rudy Schild, an Emeritus Professor of Astrophysics at Harvard University, and Australian experiencer researcher Mary Rodwell. The Executive Director of FREE is Dr. Rudy Schild.

Although the word “extraterrestrial” is currently part of the acronym (they may change it to “extraordinary” or something more inclusive) they are definitely not working from the assumption that the non-human intelligences people encounter are necessarily ETs. Their focus is on using scientific research methodologies, and not ideological filters, to see what paranormal experiencers are actually saying about their experiences and how they have changed their lives and beliefs.

The results are fascinating and are presented in the video in the form of graphically represented statistics in a slide show of hundreds of images playing in the background of the above video. Other images include still shots taken during our epic, four-hour conversation at the International Congress of Consciousness in Miami where Rey was a featured presenter. Much of the conversation tells the story of what led Rey Hernandez, a tax attorney for the IRS with no interest in the paranormal, into a multidimensional rabbit hole which led to the founding of FREE. This story is recounted in an epic, four-hour conversation we had at the International Congress of Consciousness in Miami where Rey was a featured presenter.

When I say that it was an “epic” conversation, I am not using “epic” in the slang sense as a superlative alternative to “awesome,” but in a more literal way as the largest part of the conversation is an epic—a classic hero’s journey with a call to adventure, descent into darkness, miraculous appearance of helpers, and the hero returning from the journey with a gift of new vision from the collective.

Amazingly, Rey’s journey into the paranormal convergence didn’t begin until he was in his mid-fifties in March of 2012. Rey was then, and is still, a tax attorney for the IRS. He previously was an Adjunct Professor for 6 years at the New School for Social Research and the City University of New York. He was also the Director of the Center for a Sustainable Urban Environment at the City University of New York and the Director of the Office of Community Environmental Planning for the City of New York. He graduated with honors from Rutgers College, was an honors student Masters Candidate at Cornell University and was a Ph.D. Candidate at U.C. Berkeley in City and Regional Planning where he was the recipient of a National Science Foundation Ph.D. Fellowship.

Until March of 2012, Rey had, in his own words, “zero interest in the paranormal” and thought people who were interested in it were “fools.”

He was pulled (literally, from his bed) one Sunday morning down the rabbit hole into a series of close encounters, missing time, documented paranormal healings, and paradigm-shifting visions.

FREE exists to research the connection between consciousness, cutting edge physics, the whole variety of paranormal phenomena and to serve experiencers and learn from their experiences.

Please join us on this epic journey toward understanding mysteries at the core of human experience!