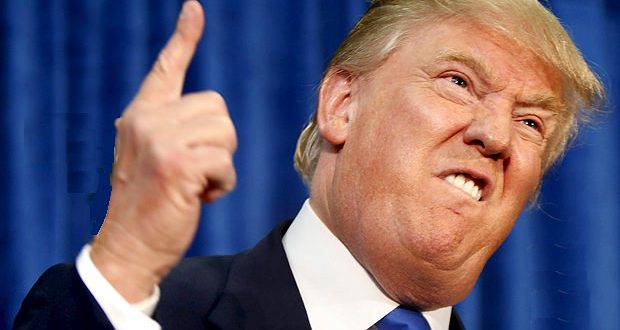 A  person who needs to call themselves a winner is a weak and brittle narcissist with a two-dimensional mind that desperately  needs others to be losers so that they can prop up their inflated, hollow self-esteem.A self-proclaimed “winner “is someone whose psychology became fixed in middle school or high school where popularity and sports contests were zero-sum games of who won or lost the big football game, who’s hot, who’s not, and who scored with whom and who didn’t. T he two dimensional “winner” view of life  is a game  defined by winners and losers. Physical intimacy is not a mysterious union, but a guy’s game where “winners” score by penetrating a  trophy sex object.

“Oftentimes when I was sleeping with one of the top women in the world I would say to myself, thinking about me as a boy from Queens, ‘Can you believe what I am getting?’” Donald Trump— Think Big: Make it Happen in Business and Life, 2008.

“I’ve been so lucky in terms of that whole world. It is a dangerous world out there — it’s scary, like Vietnam. Sort of like the Vietnam era. It is my personal Vietnam. I feel like a great and very brave soldier.” — on sleeping with women who could have STDs, “The Howard Stern Show”

A seventy-year old who still talks in a way that many modern middle schoolers would find immature is a developmentally stunted narcissist. See my earlier article, Donald Trump’s  Amazing Freudian Slip, in which he can be clearly heard saying “I’m weak,” on Meet the Press.

If you think a “winner” is going to do anything for you, talk to a graduate from Donald Trump University. To be a “winner” you need to make sure that others are losers. You can’t be a win-win person, because you need something that elevates you above others, you need to live on top of a Trump tower. You need an endless supply of losers to triumph over.

To be a “winner” you need to never question your entitlement to be the winner. You’re the winner, so of course you always deserve to win, end of story.

Someone under the spell of Donald Trump reading this would probably say, “This sounds like the perspective of a loser, some intellectual guy who never won anything so he resents winners like Donald Trump.”

OK, there’s enough adolescent narcissism in me to descend to that level for a moment. I’ve never been much of a contest person, but when I was fourteen I became part of the Bronx High School of Science debate team, the number one debate team in the country. In my first tournament, I was the number one ranked speaker in my age group in the multi-state Mid-Hudson league. But here’s what’s more relevant about that. The kids that I knew on the most winning debate team in the country were some of the smartest people I ever met, and they weren’t nerds, most of them were popular, good looking and had high social skills and extremely high social conscience. They never talked about themselves as “winners” and there wasn’t a culture to support that—The Bronx High School of Science of the early seventies had no prom, no football team. With less focus on winning at sports and popularity contests Bronx Science produced more future Noble Prize “winners” (8, 7 of them in physics) than any other secondary school in the world.  And here’s the most relevant part, my most vivid memory of my time with the Bronx Science debate team: The whole team got together for a Friday night party at a slightly dingy apartment a couple of blocks from where I lived in the Bronx. The captain of the team, a sage-like and humble, handsome and charismatic young guy with long hair who had just gotten a scholarship to Yale ,initiated a serious discussion I participated in on the ethics of debate. He confessed to having doubts about the morality of debate contests because it seemed to him that we might be wishing harm on our opponents by seeking to beat them. If Donald Trump had overheard this conversation, he would have branded this as the perspective of total losers, but these kids were the most winning team at what they did in the entire country. Unlike “winners” they didn’t think of themselves as entitled to win and questioned their own motives, their own darkness, which is something that “winners” never do.

A “winner” is too weak to face their own shadow and therefore they must project onto another person or group,

“Rosie O’Donnell’s disgusting both inside and out. You take a look at her, she’s a slob. She talks like a truck driver, she doesn’t have her facts, she’ll say anything that comes to her mind. . . I mean she’s basically a disaster.”

For a “winner,” “winning isn’t everything, it’s the only thing.” There’s no room to reflect on what the need to always be the “winner” says about their character.

A “winner” is someone whose inner weakness fills them with a need for power and glory. The price of their “winning” is misery for a great many other people, like so many of the people who did work for Trump businesses and got paid only a fraction of what was agreed, who got scammed by shady Trump real estate promotions or Trump University.

If Trump wins, the world loses. Unfortunately, there is only one thing any of us can realistically do to prevent that, and yeah, I get the distastefulness of this for many of you, but that one thing is . . . to vote for Hillary.

Voting for Hillary is the only realistic way to keep the world from losing. I realize that many of my friends feel too ideologically pure to choose “the lesser of two evils” and so forth. These are the same folks who shouted “Republicrats! Republicrats!” at me in 2000  when I tried to point out that Gore was a far lighter shade of grey than W. Their sense of their own purity wouldn’t allow them to settle for the only realistic alternative, Al Gore.

And so they either didn’t vote or voted for Ralph Nader, and the rest . . . as they say . . . is history— a history that includes tax cuts for billionaires and invading Iraq because of imaginary weapons of mass destruction.

The Clintons deserve plenty of criticism, but some, some of it, is highly exaggerated. See my earlier article:  The Demonizing of High Profile Democrats, a Same-Old, Same-Old Shadow Projection. I would expect Clinton to be a competent president, not my fantasy of what a president could be.  I also think some (but not all) of the negativity about her is because of gender stereotyping. As the N.Y. Times just reported:

That echoed a remark he made Monday, when, speaking to a small group of mostly men in Cleveland, Mr. Trump asked skeptically, “And she looks presidential, fellows?”

In other words, fellows, Hillary Clinton doesn’t have a presidential look, because she not a fellow.

A “winner” is supposed to be an alpha male and is not supposed to, as Elizabeth Warren put it, get beaten by a girl.

Whatever ambivalence or distaste you might have for Hillary, consider the historic opportunity to have a female president and what that will mean for the evolution of gender roles.

Help the “winner” lose, and think of yourself as helping to score a history making win for gender equality.