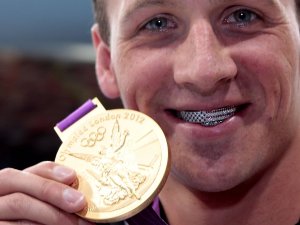 Lochte and Why Athletics often Stunts Rather than Builds Character

It seems like after decades of athlete scandals it’s time to get over the shock, disappointment, and even some of the moral outrage that so many full-time male athletes behave like acting-out teenagers. Let’s consider some factors to which there are many notable exceptions.

So, if you are essentially a 31-year-old teenager, it is highly likely that you will continue to do the offensive, knuckle-headed sorts of things that acting out male teenagers do (but are more likely to be overlooked if you are a star athlete) —e.g. stay out all night drinking with your friends, doing a bit of minor vandalism, and then telling some “over exaggerated” (as Lochte put it) story that makes your immature hijinks look more macho and cool. You don’t have the social and political awareness to realize a new and far more complex context. You don’t realize that the country of Brazil has nearly bankrupted itself to have an Olympics to improve its image. You don’t realize that by concocting a story that you were forced off the road by police impersonators and robbed with a cocked gun pressed to your forehead is going to acutely embarrass and humiliate an entire nation anxious to diminish its high-crime reputation. You don’t have the sense to realize that telling such story in such a context is going to result in massive investigation of every part of your story by the Brazilian authorities and world media. But he is not the Lochte Mess Monster or whatever press hype might make him out to be. Let’s save the monster label for O.J. He is just another predictably immature athlete.

Is there really anybody left who has not outgrown the first-half-of-the-twentieth-century-tendency to want to turn athletes into heroes and role models?

Can we finally get over the notion that athletics builds character?

Yeah, the discipline, teamwork, etc. can build the character of someone who already has a core of essential good character, but it may also further stunt the character development of someone whose character is that they are getting everything they want by being an ignorant, immature and egocentric jock. Duh. So instead of talking about the “Lochte Mess Monster” we ought to realize that this is part of a well-established and predictable syndrome.

Obviously there are notable exceptions to everything I have just said. There are athletes who cluster other exceptional talents. There are some athletes whose essential core of good character does grow from pursuing athletic excellence and these exceptional people really can serve as role models, etc. But can we at least stop being surprised that a great many professional athletes are essentially stunted adolescents who, despite being in their twenties or early thirties and having mega-bodies, still behave like thoughtless acting-out teenagers?

Note: To some this might seem like an intellectual geek’s take on athletics. Some truth to that, but just wanted to point out that I was once a high school cross-country coach and a competitive long-distance runner.

Also, to be fair to Lochte and the immaturity of some professional athletes. A large percentage of the non-athletic population are also immature and do dumb things. It’s been said that corruption is just knowing what people actually do. The screw ups of non-celebrities usually go unnoticed except by a few other people, but if you are a celebrity one off-comment or incident of poor judgement can be ruinous.