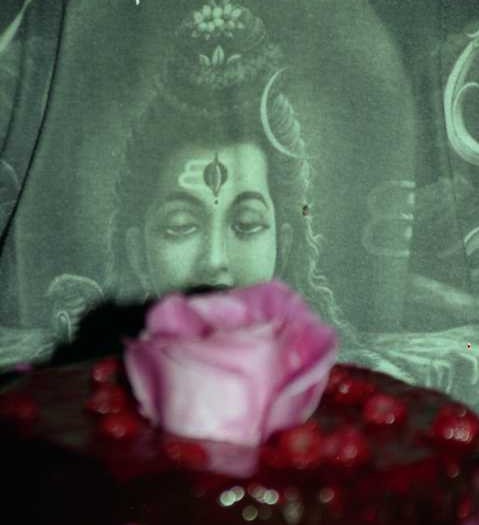 Jihad Against the Feminine

Jihad Against the Feminine
By Sean Moffitt of womensassistance.com

Subjugation and abuse of women is one of the most critical social issues in all of human history. Violent oppression of women has been, and remains, a serious obstacle to the full intellectual growth and evolution of the human species. In recent years the subservient position of women suffering under Islamic regimes has become somewhat common knowledge in the western world where most people seem familiar with the oppression of women, particularly in Afghanistan . Yet for so many women and girls living in Islamic and Hindu communities, reality is far worse than what most westerners imagine. Western media says little about the ongoing brutalization of women although it could be one of the worst genocides in human history.

Over the past 16 months I’ve taken the time to speak individually with more than ten thousand people in an effort to bring this dark issue to light. Islamic and Hindu men are burning women alive in massive numbers and there are many additional murders inflicted using garroting wires, axes, sticks and bullets. I would like to carefully explain through well cited, current information the recent numbers of honor killings, the reasons these burnings and murders are taking place, discuss passages from various interpretations of the Quran that uphold this behavior and support men who brutalize, burn and torture women. I’ll also include several specific examples representing only a tiny fraction of the actual violence.

On December 15th 2005 a Pakistani serial rapist being charged in New South Wales , Australia for raping four 13-14 year old girls told the court that the girls had no right to refuse his sexual assault because “They were not covering their faces or wearing a headscarf. I didn’t do anything wrong.” This mentality is common in Pakistan and throughout the Islamic world. According to Dr. Gudrun Eussner, who has extensive experience as a journalist in nearly a dozen Islamic countries, gang rape is often handed down by local authorities and town councils as legal punishment for any type of alleged or perceived misbehavior including singing, smiling or laughing in public, answering a question inappropriately or leaving the house without permission. The Human Rights Commission of Pakistan reported in the year 2000, 804 cases of rape sentencing, 434 of which were gang rapes. One example is the case of Mukhtar Mai, who was sentenced to gang rape in 2002 by the town council of Meerwala, Pakistan because her 12 yr old brother was allegedly seen walking with a girl from a more prominent clan. Not surprisingly, one of the gang rapists was seated on the council. In many cases the relatives will immediately kill a rape survivor in order to cleanse the family honor.

Honor killings in the Islamic world, and dowry burnings throughout India , are simply not investigated thoroughly enough to make an entirely accurate assessment of the death toll. In Islamabad , Pakistan The Progressive Women’s Association of Pakistan has helped more than 4,800 women burned by their husbands since opening their safe house in 1999. They estimate 40% of honor killings go unreported and admit that percentage could be much higher. Husbands often claim that kitchen stoves are to blame but Shanhaz Bukhari, Director of PWAP stated “Either Pakistan is home to possessed stoves which only burn young housewives, and are particularly fond of genitalia, or these women are victims of deliberate murder.” In her book The Price of Honor…., Jan Goodwin reported 2000 girls and women burned in Lahore, Pakistan during a ten month period, with one precinct averaging 15 victims per month . Women’s Day Magazine estimates 25,000 girls and women are burned with acid or kerosene in India every year. The U.N. population report estimates 5,000 of those attacks are fatal while the remaining survivors are left with dramatic facial scars and ruined lives. In their 2002 report, the Human Rights Commission of Pakistan estimated “90% of Pakistani women suffer domestic violence” and particularly alarming was the “Soaring number of cases of mutilation from pouring acid over women.” According to the same report 30% of women are pregnant at the time of burning. The exact same numbers were given this year by the Pakistan Institute for Medical Sciences. This behavior is rampant throughout India and the global Islamic community yet the western world, particularly Americans, know very little about it.

In the end, we will remember not the words of our enemies, but the silence of our friends.
– MLK
Our lives begin to end the day we become silent about things that matter.
– MLK

Like an unchecked cancer, hate corrodes the personality and eats away its vital unity. Hate destroys a man’s sense of values and his objectivity. It causes him to describe the beautiful as ugly and the ugly as beautiful, and to confuse the true with the false and the false with the true.
– MLK