Hurtling toward the Event Horizon

March 8, 2012 News Comments Off on Hurtling toward the Event Horizon 1,640 Views 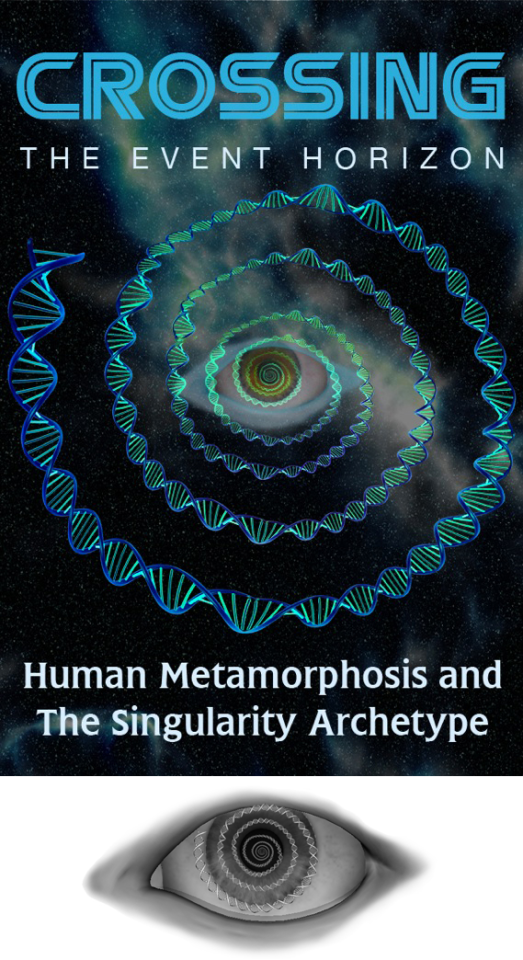 We are all, individually and collectively, hurtling toward an Event Horizon. Although much about the singularity we are heading toward is unknown, a primordial image of the metamorphosis permeates our world. I call this image the Singularity Archetype and have been exploring the many layers of meaning encoded in it since 1978.

My book, Crossing the Event Horizon: Human Metamorphosis and the Singularity Archetype is finally published and available on Amazon, Kindle as an audio book and in several other formats. To purchase go to http://zaporacle.com/steam/ Soon it will be available for Nook, I Book, and Google books. Check back in a couple of days if you need those formats.

Note: I am now offering additional services besides dream interpretation and I Ching readings. We are rebuilding the store, but meanwhile you can see them all listed here: http://zaporacle.com/services/

A Brief Description of the Singularity Archetype and the Book

Note: In order to make this description concise it is necessarily dense. The book is much more readable. A better intro to the book is the free PDF download or podcast of the introductory chapter.

(You could stop here if you wanted only a one paragraph description, but another seven paragraphs follow.)

As with encounters with all archetypes, individuals and groups will attach idiosyncratic material to it, such as particular end dates and scenarios. But the Singularity Archetype cannot be located in linear time and is not reducible to a premonition of particular outcomes or predetermined futures. It could, however, be viewed as a “strange attractor,”a not fully formed pattern associated with the future that is affecting individual and species in past and present. Another way of defining the Singularity Archetype (in its collective form) is as a resonance, flowing backward through time, of an approaching Singularity at the end of human history.