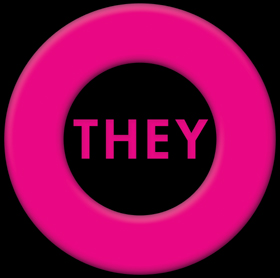 How to Empower Evil: Keep Talking About They

“I Stood Upon a High Place”

Although it’s nothing new, something I keep noticing is how many people (including me) love to talk obsessively about how bad they are. Who are they? They are the folks wearing the black hats: the globalists, the banksters, the Illuminati, the Reptilians, etc. They are the bad folk, the ones that never include the speaker. To be fair, there are always bad theys out there casting their shadow over the world. And of course, the bad theys think they are needed to fight other

One reason lots of people like to focus obsessively on the dark theys is that it brings darkness up to an operatic scale. I noticed this when I first came to Boulder in the mid-nineties and was working with environmental activists. We loved to drink micro-brewery beer and talk about how bad they were. Yes, many of the theys we talked about, corporations like Monsanto, are genuinely bad theys. But I also couldn’t help to notice that observations about darkness always involved the “they” pronoun and never other pronouns like “we” or “I.” An environmentalist friend would be going on about how bad they were, speaking to an audience of people who already shared his point of view, and I would be thinking to myself: Wait a minute, aren’t you the guy who just cheated on his girlfriend an hour ago?

When we boost darkness up to the operatic level where our focus is exclusively on world-destroying theys, then our darkness filter is tuned in such a way that we ignore the prosaic level of mundane darkness in which we are likely immersed as avid participants. A hidden ego reward for focusing on how globalists, etc. are destroying the earth is that we don’t have to notice, for example, all the petty ways we mistreat friends and acquaintances.

“If you want to clean up the whole world begin with your own doorstep.” —Goethe

This is great advice, but actually it’s much easier for me to talk about how dirty the world is and how bad they are than to clean up my own doorstep. By focusing on grand scale darkness, I tune out the petty darkness I may be transacting at the same time. In Zap Oracle Card # 549 Grappling with the Dark Side of the Force I gave a personal example of prosaic darkness:

Here’s a very mundane example of the dark side of the force: There is someone I am intensely attracted to but they are unavailable and/or do not return the attraction. I feel a force in me that wants them to want me, wants them not to be who they are, but what I want them to be. I feel a force that doesn’t want them to be free to choose what they want (unless it is also what I want), but that just wants them. There is a rage inside the force because it is not getting everything it wants. The rage is not righteous indignation at some injustice; it is the rage of frustrated infantile omnipotence.

This is the kind of thing we may notice about ourselves if we aren’t busy outsourcing darkness to they. If I think that the Bush family are shape-shifting reptilians that dine on live fetuses for breakfast, then it’s beneath my notice that I am acting in a subtly manipulative way toward someone I’m attracted to. If I actually want to do nothing about evil then I keep focusing on what Steven Covey called the “circle of concern” rather than what he called the “circle of influence.” The globalists are out there in the circle of concern, and are unlikely to be influenced by my pontificating about them in the bar. How I treat my friends, how I relate to my body and psyche, however, are within my circle of influence. Changing what’s within my circle of influence takes courage and will and it’s much easier to pontificate about the bad they in the circle of concern. Keeping track of my own darkness, and compensating for its effects, is enough to keep me busy from morning till night. If I don’t feel like dealing with this unflattering and difficult work, however, I can just outsource my personal darkness to they and make the occasional comment about how bad they are to people in my own subculture who also project their shadow onto the same they.

From the Wilhelm/ Baynes I Ching, hexagram 43:

If evil is branded, it thinks of weapons, and if we do it the favor of fighting against it blow for blow, we lose in the end because thus we ourselves get entangled in hatred and passion. Therefore it is important to begin at home, to be on guard in our own person against the faults we have branded. In this way, finding no opponent, the sharp edges of the weapons of evil become dulled. For the same reasons we should not combat our own faults directly. As long as we wrestle with them, they continue victorious. Finally, the best way to fight evil is to make energetic progress in the good.

Energetic progress in the good often involves dealing compassionately with our own personal darkness. As Jung said (I’m paraphrasing from memory), “If you want to help mankind, begin by removing your shadow from the world.” When we don’t deal with our own shadow, but instead talk about they, then we project our shadow out into the world where it empowers collective darkness.

Sure, there are genuinely bad theys out there. And yes, we sometimes need to do something about them. When there are bad theys, and there always are bad theys, pontificating to like-minded friends rarely defeats them. Generally, it takes organized action to bring down a bad they. If the people who take down the bad they haven’t done the messy work of dealing with their own darkness, then, to paraphrase the Who:

Here’s the new they, same as the old they.

Pontificating about they makes us feel like we’re the white knights in shining armor doing battle with the forces of darkness. We prefer to look through a glass darkly at they rather than summoning the courage to look in the mirror. If we remain unreflectively theyphobic, we might end up like Luke Skywalker in the cave, cutting off Darth Vader’s head with his light saber only to have the mask break open and find his own face staring back at him.

We need to remember: All that’s necessary for the triumph of evil is for everyone to keep talking about they.