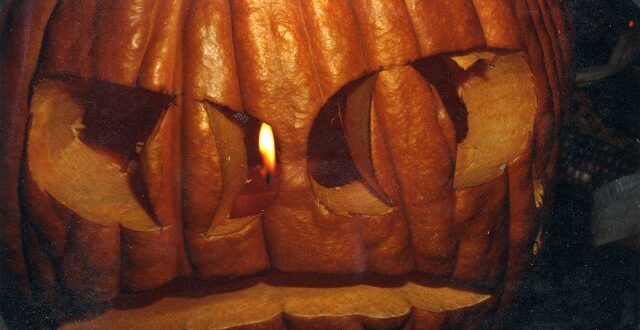 photo and text by Jonathan

Treat then Trick—This year’s calendar juxtaposes the treat, Halloween, the most enchanted night of the year, with the most disenchanting, dickish trick of the year, one of the banes of my existence—-Daylight Saving Time, where government bureaucrats who think they are time lords truncate a crucial hour of pre-dawn darkness (that I need for fantasy writing)—-and thereby also create the depressing effect of it getting dark before many people even get out of work. It is a trick of disenchantment created by blind materialists. And this relates to a long comment I just posted to the Facebook page of a young friend, who is highly creative and imaginative, and who posted an eloquent invitation to the enchanted spirit of Halloween. My reply works toward how we can bring the enchantment of Halloween forward into the rest of the year and our reality in general:  Your wondering about the state of consciousness of our most distant ancestors and the last part where you are evoking and invoking spirits, dreams, the mysterious and unknown on Halloween eve are directly related. While it is almost impossible for us to imagine how the world looked through the eyes of a hunter-gatherer in the paleolithic, for example, we do know one thing for sure—and all paleolithic art from anywhere in the world reinforces this universality—they looked out at an enchanted world. They were  animists and pantheists. Everything was alive and conscious and had a spirit. Then we moved into the era of the great religions. The universe is still enchanted, a spiritual mystery is still at the center of everything, but in Western religions, the enchantment is unevenly distributed. It is more in God and a messiah than it is in you— the wretched sinner, or in a tree or an animal. Then, starting in the 1700s with the rational enlightenment we got the beginning of the greatest disenchantment of all: materialism. And that is now the reigning myth in science and the academic world. From the perspective of an atheist materialist, the entire universe is disenchanted. The cosmos mainly consists of a  scattering of  spiritless chemicals.  Human beings are basically bags of chemicals and consciousness itself is an illusion. Life has arisen from random chemical interactions and then evolved through a series of simple, mechanical laws such as random selection. Everything is cold and mechanical and there is no enchantment even possible. From the perspective of a materialist any “enchantment” would consist of the deluded imaginings of ignorant, superstitious/religious unscientific folks. But, emerging out from this time where the disenchantment of materialism is the reigning mythology is an equal and opposite will in some people and subcultures to re-enchant the world.  Heraclitus called the process of oscillating between absolutist extremes  “enantiadromia.” If a process gets too polarized one way, than that leads to an oscillation toward the other extreme. Following the extreme banality of the fifties, young people, in the late 60s began re-enchanting the world. The drive to re-enchant happens through many means —psychedelics, Eastern Religion, New Age Mysticism, neo-tribalism and paganism.  Part of the re-enchantment looks like a  revival of Paleolithic values—-nature worship, mind altering substances and practices, tattooing, tribal festivals—-and currently a lot of people, including Jeb Bush, are eating the “Paleo Diet.” This is why Terrence McKenna entitled one of his  books, The Archaic Revival.

Your attraction to the mystical, the unknown, the ancestors, etc.—and the way you live out of some of those values—the serendipitous path of creativity, a nomadic, traveling lifestyle, etc. reflect that enantiadromia toward the re-enchanted world and with it a revival of some paleolithic values.

But what I caution about that, though I am also one of those mostly pulled in that direction, is not to go too extreme or you stay on the pendulum of enantiadromia. Especially don’t abandon the advanced thinking, culture, science, and discipline of the West. Integrate the enchantment perspective of our distant ancestors with everything we’ve learned since then. The paleo-inspired hippies who changed the world the most were the revolutionaries of the computer revolution, like Steve Jobs. He was an acid dropping, Zen, vegan,  but the took his vision that the mundane utilitarian objects of the present era needed to be re-enchanted and used Western tools to bring change, for better or worse, to the world. He made that happen though using what the West is good at—-science, high technology, mass commerce, marketing, awareness of the communication age, discipline, cutting edge productivity and work place efficiency techniques, etc. etc. and (again, for better or worse) he changed things more than someone living in a state of mystical enchantment who disengages from the world.

Enchantment needs to be melded with effectuality to have the power to create change. Magic is, according to Crowley,  “the science and art of creating change in conformity with will.” To do magic you need as much knowledge as possible about the medium that you want to change and about the various forces you can bring to bear on that medium to change it—e.g. a carpenter must know everything about his medium—different types of wood, grain, etc. and his carpentry tools and techniques. Technologists are the great magicians of our times because they make their own materials and transform them into objects, like Smartphones, that do magical things— projecting the sound of your voice to the other side of the world, rendering up  images and info related to anything you can think of onto a screen glowing in the palm of your hand.

If you can meld the creative, enchantment perspective with the discipline, reason, and technological magic of the modern, Western world, then you get off the pendulum of enantiadromia. You transcend both paleo enchantment (yeah they saw the world as enchanted, but there were also stretches of 50 millennia when they were still making the same stone axe) and the complete disenchantment of materialism.

Transcendence includes that which is transcended. You can use the best of the enchantment perspective and the best tools created by technological materialists, the discipline, productivity, science and culture of the West, while not being limited by either of the extremes—–the sterile disenchantment of materialism or a state of being uncritically enclosed by the mystical.

Not all enchantment is good. Some people are re-enchanting the world in ways that can be worse than materialism. For example, a pathological version of the re-enchantment is the conspiracy-obsessed person. The world is “enchanted” for them in a dark way. They see mysterious conspiratorial forces, the Illuminati, etc. behind all sorts of chaotic and mundane events. While there are all sorts of actual conspiracies—-a cursory examination of  world events actually show us spheres of power competing with each other, rather than world events led in any consistent direction by one set of all-powerful puppet masters (as many conspiratists believe).

See my youtube: Problems with the Conspiratist World View

And there are also various types of New Age flakes—the bliss ninny who thinks they live in state of enchantment but is closer to being a spaced-out slacker, the type who thinks that everything tribal, aboriginal and primitive is infinitely superior to anything modern, etc. See: Reality Testing is Politically Incorrect

We need to transcend both naive enchantment and naive materialism. What we need are more people who can integrate the enchantment perspective with the discipline, analytical reason, science, and tools of high technology—- everything we’ve learned since the Paleolithic age.

For more on the disenchantment of the world see the beginning of Cosmos and Psyche by Richard Tarnas.