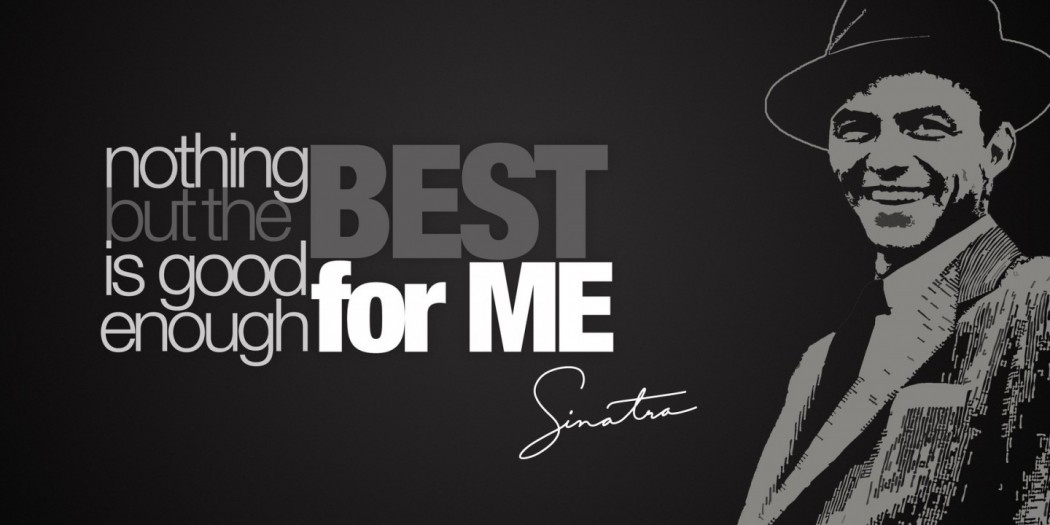 I’m really not trying to diss the grand old crooner, and really hope some goombah out there doesn’t break my legs for writing this. This is more about Sinatra as a mythological personification of the ego rather than a personal diss. It’s business, not personal.

If we wanted to pick a celebrity that would perfectly personify the ego, obviously Donald Trump would be the #1 choice, but, tragically, Donald Trump has yet to utter his last words. But even if  he had, Sinatra would still be a major contender, and if the ego were ever to be honored with its own, ultimate, emblematic, cosmic swan song, I think we would all have to agree that it would have to be Frank Sinatra singing My Way. Some excerpts:

And now, the end is here
And so I face the final curtain
My friend, I’ll say it clear
I’ll state my case, of which I’m certain
I’ve lived a life that’s full
I traveled each and ev’ry highway
And more, much more than this, I did it my way

Yes, there were times, I’m sure you knew
When I bit off more than I could chew
But through it all, when there was doubt
I ate it up and spit it out
I faced it all and I stood tall and did it my way

For what is a man, what has he got?
If not himself, then he has naught
To say the things he truly feels and not the words of one who kneels
The record shows I took the blows and did it my way!

Yes, it was my way

Paul Anka, who wrote My Way, and also an autobiography entitled My Way, was one of the original members of Sinatra’s Rat Pack. Frank nicknamed him “the kid.”  Sinatra, like many an ego personification, was a notorious boozer and womanizer who according to Anka, “was just as willing to sleep with a hooker as any of his wives.” Sinatra wanted badly to seem a tough guy, and a sign on his front door said, “Forget the dog, beware the owner.” According to Anka,  “Frank was tied up with the mob to the degree where he did favors for them.” “He liked the thrill of being involved with gangsters. Jules Podell, the owner of the Copa, told me that he acted as a bagman for the Mafia a number of times, but they eventually stopped using him because he always got caught.”

What the ego wants is to always be the winner, the holder of the ring of power,  and what it always hates is to lose and be a loser. As reported in The New York Daily New’s review of My Way:

There was the night in 1967 when he ran up a $500,000 gambling debt at the Sands, where he was headlining, then disappeared for the weekend. He certainly didn’t come back apologetic.

Sinatra seized one of the golf carts used for luggage, plunked his wife, Mia Farrow, in the passenger seat, and drove it into the glass entryway, shattering it. Anka says Sinatra wasn’t angry at the moment, just very, very drunk. So drunk he kept trying to set fire to curtains in the lobby but couldn’t manage to start a blaze.

But soon afterward, Anka writes, Sinatra was furious enough to call for a hit on the manager of the Sands, Carl Cohen. Howard Hughes had taken over, and the game had changed. Sinatra was being refused his gratis markers, and he was used to getting $50,000 worth of free chips.

As Anka describes it, Sinatra jumped on a blackjack table, bringing all the action in the casino to a halt as he raged and cursed. Anka and Rizzo got him into the coffee shop, where Cohen showed up to make peace.

The first thing Sinatra did was hurl a chair at Cohen’s security guard. Still, Cohen tried to calm him, explaining that Hughes was in charge and certain things couldn’t be done. Sinatra responded by ripping away the tablecloth, spilling scalding hot coffee into Cohen’s lap.

So Cohen punched Sinatra in the face — and the singer’s dental caps flew out of his mouth. Anka helped hustle Sinatra out before the cops arrived; he was quickly on a Learjet to L.A., where he got his teeth done and plotted revenge.

“He puts the word out to the boys he wants Carl dead,” Anka writes.

But the boys said no.

“You have to understand, the mob still ran the place, and Carl was one of the boys from Cleveland,” Anka writes.

“Frank was a singer, who may have all these mob connections but he wasn’t a mob guy. He was an entertainer.”

Sinatra started talking retirement. He was fed up and done. There would be one more album. Over dinner, he reminded

Anka that long ago he had promised to write a song for him.

So with a dispirited Sinatra ready to cash in his chips very much on his mind, Anka wrote “My Way,” using the melody to a French song that he’d bought the rights to. Sinatra released it in 1969 — and Ol’ Blue Eyes was back.

By the end of Sinatra’s career, according to Anka, things got really sad:

The show was definitely coming to an end, and the last act was sad. It got to the point where Anka stopped going to see Sinatra perform since it was too painful to watch him fumble for lyrics or forget to put on his wig as he did one night.

“It was a tragic end to a brilliant career,” he writes.

One of the last times they had dinner, Sinatra told him how much he had wanted to play Marlon Brando’s role in “The Godfather.” Sinatra got very worked up about it. “He had become a lost soul,” says Anka. 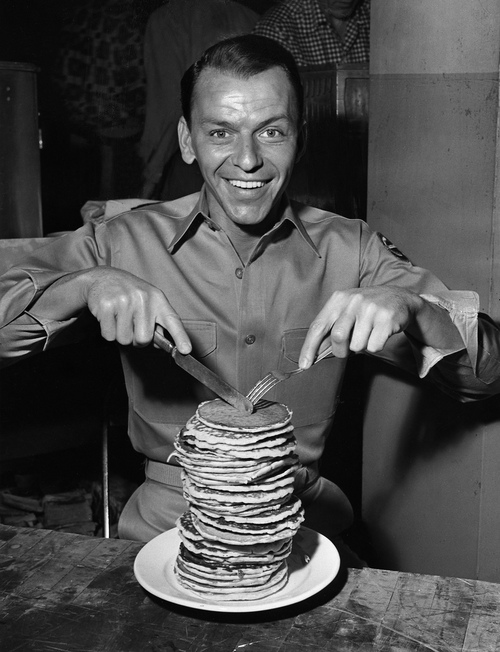 And so this is why I think Sinatra’s last words are the greatest ever spoken, the ultimate coda to the path of My Way, a path that in just two words captures the essential stance of the ego: My Way. And then, in his last moment, and also in exactly two words, Frank reveals, with total frankness, the ego’s experience of death, the ultimate conclusion of the My Way path.

For what Jung called the Self, death is an emergence, but for the ego it is the ultimate emergency, the loss of all the toys, the cashing in of all the chips, the grasping will reaching for the gold ring and coming up empty handed—nada, nothing, the big, fat, ultimate and everlasting zero, the gilded winner become the eternal loser, grasping one final time for the Precious as it falls in slow motion,  irresistibly,  ineluctably, irrevocably, irretrievably, irreconcilably, irreparably, irreplaceably, irreversibly, into the volcanic magma at the bottom of the Cracks of Doom.