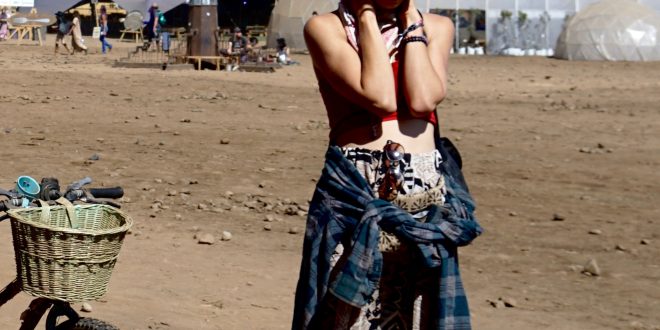 photos of the 2017 Oregon Eclipse Festival by the author

I experienced the total solar eclipse with just a few tens of thousands of other people at the Oregon 2017 Eclipse Festival. I also opted to view it at the main viewing area which overlooked a lake ringed with most of the same few tens of thousands of people. This was also near the massive main stage where a hundred thousand watts of Shpongle were about to ignite post-eclipse.

Eclipses come and go very quickly, so I took full advantage of the laws of the state of Oregon to do what I felt was necessary to slow down time and enhance my visual perception. Most people seemed to be in a state of casual awe made buoyant by waves of growing excitement. Lots of people looked a bit bedraggled and bleary-eyed from the preceding four nights of festival partying and days of scorching, very non-eclipsed sunlight that made sleeping in all but impossible.

I’d heard that eclipses can have strange effects on people, but no one seemed particularly distressed except for one burly, bearded guy in his late twenties who suddenly began freaking out. At first I thought a fight had broken out, but it was just this one guy who threw himself to the ground and began writhing in the dirt and shouting “Noooo!” I don’t know if he was tripping or having an unassisted primeval reaction to the eclipse, but it took a few empathic people to calm him down.

Three minutes to totality and the dimming, silvery light washed out color and I found myself in a high-resolution black-and-white television matrix. The sun seemed to have been replaced by a single, low-wattage, 1950s-era fluorescent bulb, the kind with no color correction, the kind whose pale, ghostly light could make a meadow filled with wildflowers seem like a place where Dr. Mengle had just performed surgery on a pair of identical twins.

And then, in a moment, it happened, TOTALITY, what I had always seen in the sky replaced by the actuality of something I had only seen in photos. A black disc in the sky surrounded by a living corona of curved and twisting tendrils of nuclear fire that is three-hundred times hotter than the surface of the sun, a mystery which scientists are still trying to unravel. The rays were silvery, but I saw an unexpected area of red fire in the three o’clock position that forced a comparison in my mind of a blood spot in an egg yolk.

The sun was revealed to be a living and mortal entity. Streams of plasma were pouring off the sun and it seemed obvious that couldn’t keep going on forever.

There was this sense of cosmic time marker, an event so precisely aligned in astronomical cycling.

It was like someone had struck a black gong the size of the sun and sent waves of nuclear fire shimmering off the edges.

It brought to mind the essential mystery of the total solar eclipse —-that to an earth observer the sun and moon are visually the same size allowing us to have perfect eclipses. Materialists can only explain this as an improbable coincidence, while others speculate about the machinations of ancient extra-terrestrials towing a hollow moon into a precise orbit, etc.

The sky was dark enough to see other stars, but at the horizon line were bands of grey and red, the twenty-mintutes-before-darkness zone of a spectacular sunset.

But to really convey the power of the experience I’m going to have to resort to a special literary device called “stoner vision,” which allows one to record events through the loosened vocabulary of a modern stoner (a perspective I’m familiar with from various anthropological studies of contemporary culture).

It was like being inside a fucking album cover!!!

Just think of the coolest album cover, or fantasy book cover you’ve ever seen but now instead of seeing it or imagining it, you are actually in it, and it’s real, it’s more real than real, it’s fucking surreal, but it’s also totally real and really happening — a black sun in the sky burning with silver cosmic rays. It was fucking awesome!!!

And the corona man, something people don’t tell you about eclipses is you can actually smell the solar radiation during an eclipse. It has this weird  burnt-gun-powder smell.

OK, yeah, that last part might be bullshit, but you get the idea, it’s so intense you feel like you can smell it.

Totality lasted for a breath-taking ninety-eight seconds and then a burst of repressed starlight shot into my eclipse-dilated eyes. Once again, the god-like power of the sun reasserted itself, a nuclear face from which you must avert your eyes or risk going blind.

Unless of course, you are a would-be sun god like Donald Trump who looked into the sun until an aide reminded him to put on glasses.

Trump, has often shown a low regard for his fellow orange-hued star, variously characterizing the sun as “sad,” “a total disaster,” “low energy,” “our failing star” and “the solar carnage.” According to multiple anonymous sources within the administration, Trump’s antipathy toward the sun became acute in the days leading up to the eclipse when stories about the sun began leading the news cycle. Trump was often overheard saying highly degrading things about the sun which he referred to by the Trumpian nickname, “Little Solo.”  Aides and handlers had great trouble convincing Trump that “Little Solo,” a slightly below average-sized star, could do him any harm. Trump characterized any blinding effects of the sun as “fake news,” and pointed out that the sun was not a U.S. citizen and had no legal authority to shine light on any part of the United States, Guam or Puerto Rico without his permission.

If you missed out on this solar eclipse, another total solar eclipse will cross the eastern part of this country in year of the post-Trumpocalyptic era, 2024. By then our gratitude for the cosmos will almost certainly be enhanced by fond memories of Trump’s resignation/impeachment.