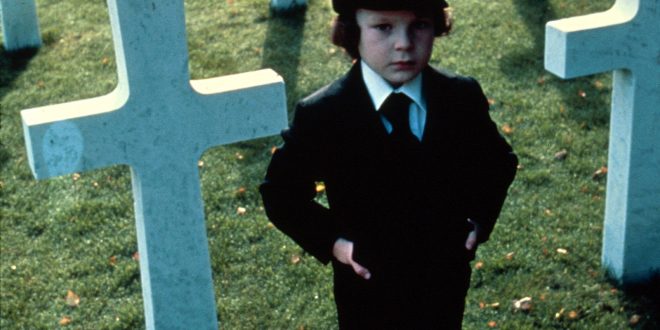 “I remember the moment well, that sense of dark inevitability and destiny after discovering the three sixes birth mark under my scalp. At that moment I realized that Gregory Peck was not my real father and that one day my dark hair would turn into a strange reddish comb over and I would become a monstrously dangerous buffoon called upon to curse men and women and throw the whole world into turmoil.”

—Donald J. Trump, private comment to Sean Hannity about the first stirrings of his presidential ambition in early childhood

Although The Omen is a dramatization, and some names and places have been altered, it does provide a well-researched and highly accurate, biographical account of Donald Trump’s early life. The film comes from neither the left nor the right, and takes a neutral and objective stance toward its subject, while allowing certain cautionary themes to emerge from certain key moments of Trump’s early life.

See also Can Post-Trumpocalyptic Retrocausation Save Mankind? and the links therein for more thoughts on Donald Trump