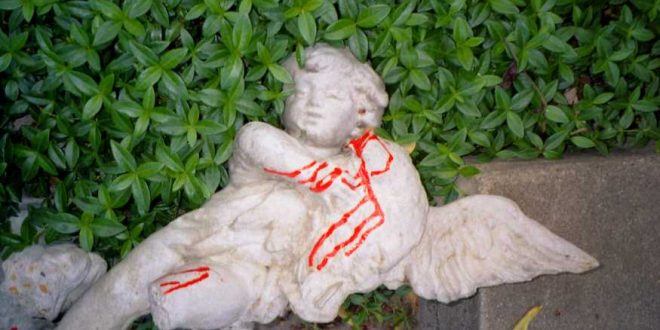 So many things can wound our spirits. We live in a troubled realm, the Babylon Matrix, and we incarnated into fragile corporeal bodies. Our spirits can be wounded by oppression — creative, social, political, environmental, circumstantial, interpersonal. They can be wounded by overwhelming shocks from which it is hard to fully recover — the death of a child, war trauma, abandonment, rape, etc. And they may be just as deeply wounded and fragmented from a billion small abuses — looping negative thoughts, addictions, surrender to lazy inertia, stagnant relationships and so on and so forth.

What does it take to revive a wounded spirit? If you feel called to intervene with another spirit it will take everything you have, at least while you are doing the intervention, and often that won’t be enough. If you are doing a self-intervention, if this card means that your spirit is wounded, then one of the shortest paths to reviving it is to start doing what you came to human incarnation to do, what you will remember well on your deathbed. Get out of soured “internal considering” — focusing on everything from your POV, your likes and dislikes, your pain and deprivations and so forth, and instead focus out and practice external considering (focusing on what others need). As one person put it,”If in doubt, focus out.” Don’t wait until you feel like doing this. Meanwhile “act as if,” go through the motions, physically start doing the work, take steps on the path of heart even if at first you don’t feel them, and especially if inner or outer forces test you with resistance. The best hope for your wounded spirit is for you to take responsibility for reviving it.

For those with time to read more, consider the text of the card “Soul Imprisoned”:

“In every cry of every man,

In every infant’s cry of fear,

In every voice, in every ban,

The mind forged manacles I hear…”

My mother groaned! my father wept.

Into the dangerous world I leapt:

Struggling in my fathers hands;

Striving against my swaddling bands;

Bound and weary I thought best

To sulk upon my mothers breast.

The weeping child could not be heard;

The weeping parents wept in vain.

They stripped him to his little shirt,

And bound him in an iron chain.

As the chalk faces smile

As the elevators break

As the supermarket bag boy holds a college degree

As the oily fish spit out their oily prey

As the sun is masked

Into these carefully mad wars

Into the sight of broken factory windows of emptiness

Into bars where people no longer speak to each other

Into fist fights that end as shootings and knifings

Into a place where the masses elevate fools into rich heroes

Walking and living through this

Dying because of this

Muted because of this

Pissed on by this

Made crazy and sick by this

The heart is blackened

The fingers reach for the throat

The fingers reach toward an unresponsive god

The fingers reach for the bottle

We are born into this sorrowful deadliness

We are born into a government 60 years in debt

And the banks will burn

Money will be useless

There will be open and unpunished murder in the streets

It will be guns and roving mobs

Land will be useless

Food will become a diminishing return

Nuclear power will be taken over by the many

Explosions will continually shake the earth

Radiated robot men will stalk each other

The rich and the chosen will watch from space platforms

All vegetation will die

The sea will be poisoned

The lakes and rivers will vanish

Rain will be the new gold

And the space platforms will be destroyed by attrition

The petering out of supplies

The natural effect of general decay

And there will be the most beautiful silence never heard

Born out of that.

The sun still hidden there

Awaiting the next chapter. — Charles Bukowski

Sometimes the soul is imprisoned by incarnation in the Babylon Matrix.

Sometimes the soul feels imprisoned by incarnation, but the bondage is of its own making.

In the first case you need to have the compassion for yourself and others that the world did not have for you.

Many forces beyond individual control can imprison the soul — war, political oppression, economic forces, gender oppression, oppression based on race, religion, sexual orientation or mutant divergence of various sorts. The oppression could be an ailing body that imprisons the soul with its mortal limitations. Not every form of oppression can be reduced to negative thinking or neurotic complex. Only the very sheltered and naive believe that everyone is creating his own reality.

On the other hand, very often it is we who imprison our own souls. We give our power over to another, look for wholeness outside of ourselves, reach for bottle, pill or powder. We suffocate within the cocoon of our own illusions.

Sometimes we imprison our souls by disowning our essence and betraying our True Will. As Blake says, “Sooner murder an infant in its cradle than nurse unacted desires.” The desires he means are the desires of our soul, not those of our reptile brain.