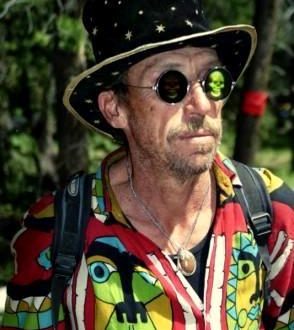 “And why beholdest thou the mote that is in thy brother’s eye, but considerest not the beam that is in thine own eye?” Matthew 7:3

Blind spots are the greatest generator of tragedies in human experience. Violence to self and others almost always occurs in a state of eclipse by one or more blind spots. This card challenges you to locate your own blind spots and those of people close to you. If you don’t think you have blind spots, then that is the first blind spot you need to recognize. Even psychologists who specialize in blind spots find themselves frequently succumbing to blind spots.

Captain Jacob Van Zanten was one of the most accomplished and experienced pilots in the world with a spotless record. He was the head of KLM’s safety program. Nevertheless, during a day of acute frustrations, he made the impulsive decision to take off in a foggy, unfamiliar airport without tower clearance and plowed into another jet resulting in the death of 584 people. Captain Van Zanten was motivated by one of the most classic blind spots known as “loss aversion.” Many studies show that people are far more motivated by preventing losses than they are by achieving comparable gains. It is loss aversion that keeps someone at the casino table trying to recoup losses until their life savings are gone. Captain Van Zanten had an excellent on-time record that was being undermined by a series of mishaps that day, and he couldn’t stand the thought of the loss of his good record. His co-pilot, who warned him that he did not have tower clearance to take off, went along with the impulsive decision because of another classic blind spot — the tendency to override your own better judgment out of deference to a person of authority.

Here are some of the other most classic blind spots:

Need for Closure — Studies show that creative people are better able to live with ambiguity, but many cannot bear it. To overcome ambiguity, doubt and uncertainty people reach premature closure on important decisions, convincing themselves they have reached the correct verdict. Time and/or social pressure increase this tendency. People who surrender to fundamentalisms and absolutisms are often trying to permanently immunize themselves from the threat of ambiguity.

Post-Purchase Rationalization ï¿½ The tendency to persuade oneself that a purchase was a good value. This tendency may derive from loss aversion — we don’t like to admit that we didn’t get a good deal.

Wishful Thinking ï¿½ The formation of beliefs and the making of decisions according to what is pleasing to imagine rather than through evidence or reasoned consideration.

Halo Effect — The first traits we recognize in others influence our interpretations and perceptions of later ones because of our expectations. For example, good-looking people are judged as having better personalities and skills than those of average appearance. Celebrity endorsements improve sales of products that the celebrity knows nothing about.

Outgroup Homgeneity Bias — Individuals see members of their own group as being relatively more varied than members of other groups.

My-Side Bias — Our own perspectives seem much more obvious and strong in our minds than those of others.

Negativity Bias — It takes 5 compliments to make up for one negative remark in a relationship.

The following are classic blind spots for which I’ve made up names:

Other Guy Fallacy — Tragic consequences only happen to the other guy. Young males are particularly prone to this, and take extreme risks.

Fashionable Darkness Bias — A novel, film, etc. with a positive ending is thought to be naï¿½ve and/or crassly commercial. Dark art, though often a postmodern clichï¿½, is thought to be more authentic, daring and avant-garde. See my friend Rob Breszny’s book Pronoia for more on this vast cultural bias.

Here are some blind spots I’ve noticed myself:

Kurt Vonnegut’s Fart Pardox — In one of his novels, Kurt Vonnegut pointed out that we are much more offended by the smell of other people’s farts than by our own. In other words, we overestimate the annoyingness of others while underestimating how we might be annoying to them. For example, we’re offended by the banality of someone’s loud, oblivious cell phone conversation, but don’t notice when we intrude our cell phone conversations in public places.

The I Fallacy — We always refer to ourselves as “I,” when actually there is typically a revolving cast of often very different subpersonalities.

Attraction Paradox — We want other people to be attracted and love us for who we really are, while we allow our romantic attractions to largely depend on appearance.

The Celebrity Fallacy — The belief that celebrities are fundamentally better off despite all evidence to the contrary.

The Amazing Success Formula Fallacy — The belief in hyped up one-size-fits-all success formulas. Dieters, multi-level marketing folks, and power of positive thinking/ you-create-your-own-reality absolutists are especially prone to this delusion — The Secret, many self-help books, surefire methods to get rich quick, etc. When asked the secret of his success as a composer, Philip Glass responded: “My secret — I get up early in the morning and work all day long.” Even that isn’t a success formula, because Philip happens to be a genius who works all day long.

The Romantic Completion Fallacy — Seeking a beloved to make yourself whole. Wholeness can only be found where it always was, within. You betray your inner wholeness by making it dependent on another.

The Real Life Up Ahead Fallacy — This isn’t your real life right now, you’re working toward your real life up ahead when you find your soul mate, perfect weight, career, dream house, etc. If nothing else, aging painfully exposes this fallacy. The antidote: existential impeccability.

The Star Fallacy — I recognize myself as the star of my movie, but fail to recognize that other people are the stars of their movies.

Consider this a propitious time to become more aware of how you, and those close to you, are affected by blind spots.

This card invites your participation. What blind spots have you noticed that I am not mentioning here? I would like to add some of the blind spots you’ve discovered to this document. If you give a personal example, I won’t use that without permission. Send to [email protected] Also, is there a blind spot in this oracle, something you feel is missing or over-emphasized?

Aysmmetrical Suffering — The idea or feeling that your experiences and hardships are unique or perhaps greater than those of others. e.g. “Nobody knows the troubles I’ve had.” “People in Haiti probably have no idea what I have to go through to run my own website.”

My knowledge of blind spots was expanded by the following three books. Sway, was by the far the best.