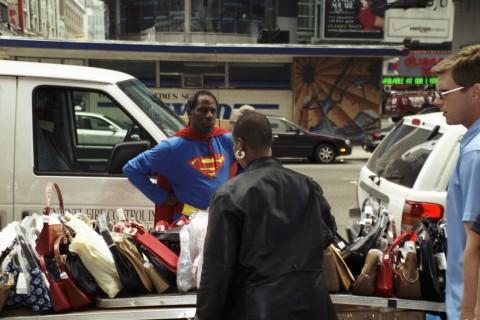 Doing human incarnation right requires an ability to play many roles and accept multiple identities. The life of a woman may require her to play child, adolescent, adult, elder, daughter, sister, lover, mother, grandmother, student, professional, home maker, etc. Even in the course of a single day you may be required to play several roles and work from multiple identities. Often we may experience a larger archetypal identity within — hero, sage, prophet, etc., while in the outer world we are perceived as something much smaller. I may be a legend in my own mind, but to the outer world I might be a middle-aged guy working on an eccentric website. Usually we are the star of our movie, but since other people tend to be the stars of their movies, we may show up in their reality as an extra helping to fill in a crowd scene. We live in a society that celebrates and rewards certain things — the ability to skillfully manipulate a stock portfolio or to chuck a football, for example — but is notoriously deficient in recognizing other abilities such as empathy, individuation and many creative talents. Mutants are likely to feel a sometimes painful tension between their own sense of themselves and the roles they have to play in the world.

Consider the occurrence of this card a propitious time to accept and work skillfully with your many roles and identities.

“All the world’s a stage,

And all the men and women merely players;

They have their exits and their entrances;

And one man in his time plays many parts,

His acts being seven ages. At first the infant,

Mewling and puking in the nurse’s arms;

Then the whining school-boy, with his satchel

Unwillingly to school. And then the lover,

Made to his mistress’ eyebrow. Then a soldier,

Full of strange oaths, and bearded like the pard,

Jealous in honour, sudden and quick in quarrel,

Even in the cannon’s mouth. And then the justice,

In fair round belly with good capon lin’d,

With eyes severe and beard of formal cut,

And so he plays his part. The sixth age shifts

Into the lean and slipper’d pantaloon,

With spectacles on nose and pouch on side;

His youthful hose, well sav’d, a world too wide

For his shrunk shank; and his big manly voice,

And whistles in his sound. Last scene of all,

That ends this strange eventful history,

Is second childishness and mere oblivion;