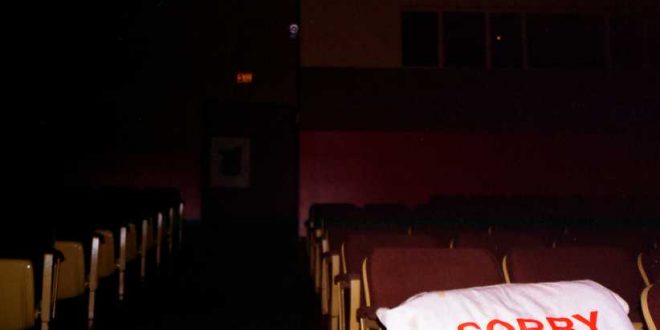 “Look, I bear a wound that is not yet healed, my ambition to make an impression.” — C.G. Jung, Black Book 2

Most of us have a need for attention or acknowledgment We want to be seen and welcomed into the perceptual fields of others. We may want to light up the back rows with our sparkling and radiant presence. But admiring attention is not always available. Others may be wrapped up in their own need for attention, the hardships of their lives, their depressions, anxieties, and obsessions, and so there isn’t always a surfeit of attention to be focused on us. Wanting to be the center of attention is a want, probably not a need. We are the star of our movie, and it is so easy to forget that other people are the stars of their movies.

There is value sometimes in being seen, and at other times in being cloaked. The desire for attention can cause us to seek to be more visible than is good for us. We forget the advantages of invisibility because we experience the invisibility as a wound.

“Useful trees are cut down. Useless ones survive. The same is true of people. The strong are conscripted. The beautiful are exploited. Those who are too plain to be noticed are the ones who survive. They are left alone and safe.

But what if we ourselves are among such plain persons? Though others may neglect us, we should not think of ourselves as being without value. We must not accept the judgment of others as the measure of our own self-worth… Thus, to be considered useless is not a reason for despair, but an opportunity. It is the chance to live without interference and to express one’s own individuality.”

There can be authentic suffering involved with not being seen, and narcissistic longing for attention may be a necessary part of human incarnation. We are social mammals, and scarcity of attention can be as much of a hardship as the scarcity of other primal needs. But it may also be up to us to choose our perception of invisibility, and there are many ways to perceive and interpret it. We can experience it as a wound, as victimizing circumstance, as a mixed blessing, as a useful power of cloaking…

As a narcissistic personality type myself (though I have never had narcissistic personality disorder, a much more serious condition), I often find myself reaching for more attention, and if I get it, the heightened attention can be the caffeinated stimulant of enhanced self-importance, or it can be the deep fulfillment of mutual and authentic acknowledgment, or a mixture of both and of still other things. Many assume that narcissism is always pathological, and, indeed, it can be. It has been for me the most difficult of pitfalls, an enemy with a million slippery masks and guises, a manic-depressive trickster leading me into endless mirror worlds. Some of these mirror worlds are concave and magnify my grandiosity, while other mirror worlds are convex and shrink my sense of self-worth.

When I enter the mirror worlds, I tend to forget the distortions and optical illusions; I forget that being visible to others means also being bound up in their state of consciousness, their moods, projections and obsessions. I forget that I am often at my most empowered when I am most invisible. When I purposefully wake up in the early hours of morning before dawn to do creative work in complete seclusion, I often rediscover magical invisibility. The early hours of the morning can be a time of maximal invisibility, as the attention of others in your community slumbers and travels in the dreamtime. More distant from the field of mundane attention, emerging from the dreamtime while it is still dark, the pre-dawn hours can be a time of magical and fertile invisibility.

But I have also found an evolutionary core within the pathologized scar tissue of narcissism. Narcissism is a primary organismic urge toward the glorified body, toward an expanded ability to enter the welcoming perceptual field of others, an urge toward new telepathies, a species-wide urge that expresses itself in so many ways — from evermore advanced communication technologies to the neurotic longing to be a celebrity.

Invisible wounds and wounds of invisibility may become visible. But be careful about what meets your eye, because invisibility is not always what it seems.

Celebrities are Hot, You are Not