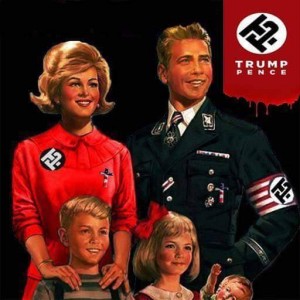 Our underground, nuclear-powered biosphere is failing, and now there are only six of us left and our oxygen levels are dropping 8% every 36 hours. Today I took the turbo lift up to the surface to take a last selfie in front of the rotting carcass of a commercial airliner. First Medical Officer Reynolds says even two minutes on the surface is enough radiation exposure to kill you in a month, but what difference does it make if your oxygen supply will only last days? When the end is near you forget the little stuff and grasp for what can still give your life meaning—selfies and the remnants of social media still remaining. Of the five other human beings still alive, three (that’s over 50%!) liked my selfie and the other two survivors passive-aggressively responded with obscure emoticons. . .  But the point is I’m still alive, and I can still status update, therefore I am. . .

Only one hope remains. Professor Heisenberg has been working feverishly on his retrocausation experiments. He says that he has actually been able to digitally hack into the past and manipulate Facebook status updates exactly a quarter of a century in the  before Trump’s election and the ensuing Trumpocalypse. Professor Heisenberg claims to have  successfully altered the Facebook status updates of the noted visionary writer and philosopher, Jonathan Zap, and says this may have such a powerful effect on the collective unconscious that it could actually prevent Trumpocalypse from ever happening!

His choice of targets, however, strikes me as very odd. Sure this Jonathan Zap is an exceptionally handsome and charismatic guy, and yeah, everything we know now confirms that all of his prophetic insights were perfectly accurate, but still, in 2016 he was at best a minor public figure. Why not manipulate one of Donald Trump’s tweets, or post one of the photos leaked in 2017 of Donald Trump masturbating on his knees in Trump Tower before a giant poster of a shirtless Vladimir Putin?  But Heisenberg says all the calculations he’s done have been confirmed by our AI supercomputer, and it looks like there’s no doubt that the future of the world, more than any other factor, is shaped by the Facebook status updates of this one guy, Jonathan Zap. The only other factors that remotely compare in power are Zap’s Reality Sandwich articles and his award-winning zaporacle.com website. His free 664-card oracle, the Zap Oracle, apparently provided users with so much prescient insight into the future that it makes the past timeline more fluid and capable of retrocausative influence.

When I told  Professor Heisenberg I was writing my last status update he asked that I include the Zap Facebook status updates he inserted into the past in my status update. He said that he might even be able to use retrocausation to project my final status update twenty-five years in the past where it would appear as an anomalous Reality Sandwich article.

Wake up sheeple, 90% of the people on Facebook, even those who pretend to support Trump, are on the Clinton Foundation Payroll. Connect the dots sheeple, 911 was a Clinton Foundation inside job. Every day tens of thousands of American children are being abducted by The Clinton Foundation and put in FEMA camps where they are implanted with chips and brainwashed to become U.N. special forces troops (who call themselves “progressives” and “liberals”) that will confiscate your guns and impose Sharia Law. And another thing the main stream Clinton controlled corporate media won’t tell you is that if you say “Hillary” backwards it sounds just like ISIS. Wake up sheeple, freedom isn’t free. Repost this now or the terrorists have already won.

A former student, former NYPD friend of mine who is going to vote for Trump as a “fuck-you messages to the elites” inspired me to leave a rather vulgar (but nothing is to vulgar for this election) comment on his page: You seem to be giving voice to an acting-out streak of adolescent rebellion in the American psyche. It’s like a sixteen-year-old girl tired of her parent’s arrogant pretensions, the fronts they put up, their areas of hypocrisy, privileged arrogance, overbearing paternalism, white collar workaholism, etc and now here comes a schwilly biker dude with a big gut, an eye patch, and gold pinky rings. He rolls up in a tastelessly trumped up gold-plated Harley and says, “I like your rack little lady. Hop on the back seat and daddy’ll take care of everything. Your parents are assholes so WHAT THE HELL DO YOU HAVE TO LOSE??? I’ll fix everything so good and so fast you’ll actually get tired of all the quick fixing I’m going to do for you. BELIEVE ME!” What you’re not seeing, is the same thing the 16 year old girl isn’t seeing—that moment two weeks down the road when she wakes up in dumpster with a used condom in her ass and her new daddy no where to be found as she discovers a nostalgic longing for her educated, white collar, politically correct, somewhat overbearing parents. Six months into Trumpocalypse you’ll be shaking on the roof of your house, if it hasn’t been foreclosed, trying to project a bat signal into the dark, Trumpocalyptic sky, praying for the return of an Obama or Clinton and a world of competent elites.

In a comment attempting to defend Trump he later removed, the same friend who got my whole Trump thread started, said that “smart businessmen choose to go bankrupt every seven years.” Here’s my response: In the beer googled view of certain angry white guys, Donald Trump is a man’s man and winner, and everything he does has the testosterone halo of the Trump brand. According to Politifact, in the first of his six bankruptcies, Trump, “… funded the construction of the $1 billion Trump Taj Mahal casino in Atlantic City, N.J., which opened in 1990, primarily with junk bonds at a whopping 14 percent interest. A year later, the casino was nearly $3 billion in debt, while Trump had racked up nearly $900 million in personal liabilities. So Trump decided to file for Chapter 11 reorganization, according to the New York Times.

As a result, Trump gave up half his personal stake in the casino and sold his yacht and airline, according to the Washington Post. ” The only reason Donald Trump’s bankruptcy in Atlantic City wasn’t permanent financial ruin is that the bankers recognized, in their words, “Trump is worth more to us alive than dead.” They propped up the gold-plated scarecrow because they wanted him to be their charlatan super salesman to help sell off his assets. But many small business owners and contractors were ruined by Trump’s bankruptcy. His next bankruptcy (2 of 6) was Trump Castle which collapsed despite a desperate and illegal attempt by his daddy to prop it up:

ATLANTIC CITY — One of Donald Trump’s casinos has admitted that it broke the law and violated terms of its license when the developer’s father lent it $3.5 million by purchasing gaming chips when he had no plans to gamble, the state Division of Gaming Enforcement said yesterday.http://articles.philly.com/…/25780577_1_casino-control-act-…

Six disgraceful bankruptcies, but then Donald Trump says, “Don’t believe your lying eyes little ladies.” And the beer-goggled trumpster heads swallow every flimsy lie he ejaculates about how, “People were congratulating me about the smart move I made getting out of Atlantic City when I did.” This is like a rich kid who crashes his dad’s Ferrari and has to walk home covered in blood and broken glass saying, “People were congratulating for getting into walking as the smart form of cardio!”

Someone posted this prophetic image on yesterday’s thread about Trump’s bankruptcies, and while I understand why this would be an aspirational image for the Trump campaign, I have to say that it is seriously unfair to the Nazi movement which was so much better organized and had such an effective ground game as well as a more symmetrical logo. Also, Hitler didn’t go bankrupt six times, and Eva Braun never plagiarized Anne Frank in the way that Melania Trump plagiarized Michelle Obama. Hitler didn’t like FDR, but didn’t spend five years claiming he wasn’t really an American citizen. Hitler was willing to work with Joseph Stalin for a while, but he didn’t have a man crush on him like Trump has for Vladamir Putin. Also, Nazi Germany still had real universities and didn’t rip off it’s own people with a “Hitler University.” As a Jew, I recognize that Hitler had many faults, but I wouldn’t say he was all talk. When he came up with a “final solution,” he did follow through on it, while Trump’s wall will never get built. Hitler ended his days in a modest bunker, and while, like Trump, he never apologized about anything he did make the consoling gesture of both biting a cyanide capsule and shooting himself in the head while Trump is likely to spend his final days in the penthouse of Trump Tower, surrounded by comb-over technicians, watching reruns of the Apprentice.

If Heisenberg is able to insert any more of these prophetically visionary Zap Facebook Status Updates into the past I will update my final status update to include them so please check back. If you are reading this in the past, in  pre-Trumpocalypse 2016 when the “internet” still existed, then you’ll know Heisenberg’s digital retrocausation experiments worked. Heisenberg also asked me to inform anyone reading this in the past that they can contribute to the prevention of Trumpocalypse by reading and reposting all of Zap’s articles about the 2016 election:

Godspeed any readers in the past, the fate of mankind may depend on your reposting of these articles.

“No fate but what we make.” —Sarah Connor