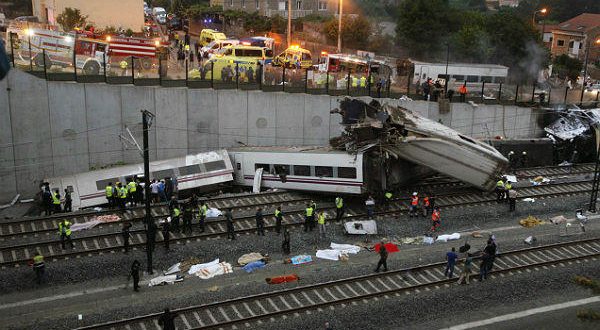 On a planet of 7 billion people, every few weeks a train derailment will unfortunately kill a few people, something will go wrong with a passenger jet, a bus with a high school sports team will crash, and somebody might fall into a sinkhole. Let’s just take that as a given so you can stop telling me about this shit. There are seven billion monkeys and sooner or later several monkeys will slip on the same banana peel and die.

It’s predictable, unfortunate and not newsworthy.

Newsworthy would be if one person in three fell into a sinkhole or if we went two weeks and there were no freak accidents anywhere on the planet. Also definitely not newsworthy are gruesome, outlier violent crimes involving hotties in a country of over three hundred million people. Every so often an attractive young mother with blonde hair will drown her child or a man will keep a woman or two captive in his house for ten years. Very newsworthy for their friends and family, but for the rest of us it’s just the same old, same old, blood stained carnival show you keep wheeling out to distract us from real news.

Oh, and another thing that’s not news—celebrities, as well as ordinary mortals, will have breakups, sex scandals, substance abuse problems, and various other misadventures. If one of them gets bitten by a radioactive spider and develops super powers or emerges as an Antichrist and establishes a World Government Federation I’ll be glad to hear about it on the news. Otherwise, why don’t we just silently take for granted that celebrities have tawdry personal lives and let them sleep around, have break ups, takes drugs and go in out of rehabs in private. This will leave a lot more space for news that’s truly newsworthy which means that it’s NEW, and not the same old, same old blood and sex show.

Save the news for the stuff that really matters—like rumors about new features on various smart phones which is something I happen to care about deeply.