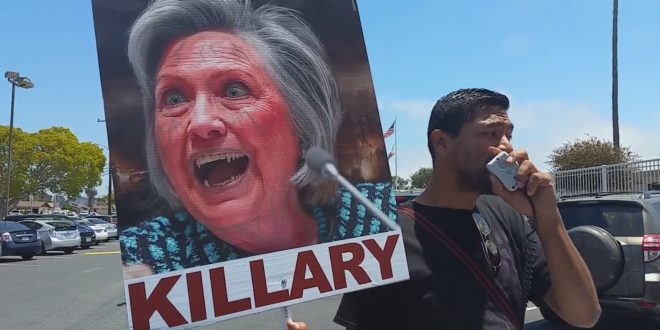 All the Conspiracy Theories about Killary are True Big League

This is the most humbling day of my life. My Overlords at the Clinton Foundation just called to tell me that I will be the next Imperial Field Marshall of Long Island New York as well as Imperial Viceroy of the Boulder/Denver area. Now that the rigged election is already in the bag, I might as well as admit that all the conspiracies about Killary were actually planted by the Clinton Foundation to get gullible people to think that Killary was merely the most corrupt politician of all time and not what she will actually be, the historic, glass-ceiling shattering first Reptillian-American President of the earth! You can’t believe the partying already going on here at the Reptillian-Illuminati Alliance New World Order headquarters a mile beneath the Denver International Airport.

But listen, I don’t want to gloat. On behalf of the Reptillian-Illuminati-American community I just want to say that we realize we have the responsibility to rule over all Americans, not just the ones that voted for us. To my friends on Long Island—it’s not too late for many of you to vote for Killary. If you do, as Imperial Field Marshall of Long Island I can offer to permanently elevate your subjugation status to Platinum-Preferred VIP Vassal which includes something terrific and lots of big-league benefits.

But even if you don’t vote for Killary, here’s what we’re going to provide as an olive branch. Without visibly increasing your taxes at all, we’re going to put all of you into a deceptive matrix stocked with lots of imaginary steak, imaginary guns, Cool Ranch Doritos and most of the other things you are used to that make life worth it. When you wake up on November 9th, and Killary is president elect, you won’t hear or see any of what’s actually going on—guns being confiscated by UN Troops, babies being ripped from their mother’s wombs and sent to FEMA camps, real, patriotic Americans standing blindfolded before Obamacare firing squads to make room for the 650 million Syrian refugees Killary has promised to make full citizens. Instead, when you wake up on November 9th, even though you will have permanently lost the real America, things are going to look exactly the same as usual. Your gun will still be under your pillow. Your neighborhoods will still look mostly segregated. You’ll still be able to spend your day masturbating to online pornography and playing first-person-shooter video games. The stores will still be overflowing with all your favorite food-like substances. You won’t notice much of any change except that the economy will continue to gradually improve and millennials will be getting more help with college tuition. In a couple of years you will even seemingly have the freedom to get into a roid range about the next toxic clown for president —Ted Cruz? Trump Twenty-Twenty? You will still be able to shout, “Lock her up!” at rallies, and put red, white and blue “Impeach Hillary!” bumper stickers on your pick-up trucks. In actuality we will have taken away your guns, babies and religion, but you’ll be able to live blissfully unaware of what’s actually happened. Yeah, you’ll have to live with the knowledge that Killary is president, but you can still support obstructionist Republicans in congress and still dream of a Trumptopia or Cruztopia in just four more years. Yeah, on some hidden level of reality you’ll be living in a socialist Sharia-law-based hellscape, but you won’t actually notice any of it. It’s going to be so much more awesome, big league more awesome than what you are imagining.

To read more of my 2016 election reportage go here: http://realitysandwich.com/320823/breaking-news-rnc-to-dump-trump-pence-in-favor-of-a-camacho-smith-ticket/ and then follow the link at the end which will take you eventually to all the other articles.  And don’t forget to vote!