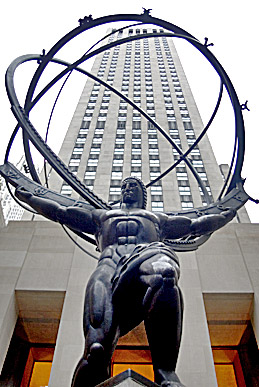 The Philosopher’s Assassin – A Heads Up from the Collective Unconsious

The Philosopher’s Assassin—A Heads Up from the Collective Unconsious?

Someone brought me a dream for interpretation a couple of days ago that seems to resonate with the uneasy feelings I have about the time interval that begins now, the time of the Republican convention, and that continues into the upcoming presidential election and its aftermath. Dreams, as Jung demonstrated, are not necessarily manifestations of the personal unconscious—they may also be manifestations of the collective unconscious, dreams of the body politic. When Jung was working as a pyschoanalyst in the Weimar Republic (pre WWII Germany) he noticed that his educated, highly civilized German patients were dreaming about Wotan, a war god. The phenomenon was so striking that he called it “Wotanism” and understood that there was a war-like spirit, a “blonde beast” growing in the German unconscious that was bound to take a horrifying form. The rest, as they say, is history.

In the dream just brought to me, the dreamer is riding upside down on an orange roller coaster. It seems to be designed to keep you riding upside down. The dreamer becomes lucid (he is a talented lucid dreamer) and realizes that being on the roller coaster is stupid, he wants to make better use of his dream, wants to “travel to the center of a labyrinth” and “discover a great secret.” He finds himself in a giant fairground made of concrete and the orange theme continues there. He is shown a large book that depicts an heroic-looking Nordic figure on the cover. He describes the artwork as reminescent of the old covers of Ayn Rand novels like Atlas Shrugged. The title of the book in his dream is, The Philosopher’s Assassin.

A roller coaster is a human construct that you pay money to enter and that has been carefully engineered to manipulate you into being afraid. It is a fear machine. A roller coaster that keeps you upside down is one that gives you an upside down view of everything. The first thought I had about its orangeness is that our Homeland Security color code had just been elevated to orange before the Republican convention. The country was in the orange state during the dream and as I write this. So many people have commented that these color code system seems to be designed to manipulate people through fear. (The Republicans admitted this after the election.) It is part of the four-year upside-down roller coaster ride we have been on since the last presidential election. Fear is being used to give us an upside-down view of the world and, like with the roller coaster, we are the ones who supply the cash for this dangerous entertainment.

When the dreamer wants to get to the center of it, tofind a secret, he finds himself in a concrete fairground which also has an orange theme. This fairground sounded much like the grounds of a World’s Fair, where societies often present idealized views of where they are and the future they plan to create. On the book we see a depiction of a kind of Nordic superman, a figure that is reminescent of the art of the Third Reich. The dreamer compares the illustration to the covers of Ayn Rand books. This immediately brought to mind a connection to orange. In the “Spiral Dynamics” model of evolution (for a good summary go to WIE.org and type “spiral dynamics” into their search engine), different levels of evolution are called memes and are also color coded. Spiral Dynamics followers, particularly Ken Wilber, believe that Ayn Rand and her philosophy of objectivism perfectly exemplify the orange meme. Don Beck describes the basic theme of the orange meme as follows: “Act in your own self-interest by playing the game to win.” The neo-cons that are behind the war in Iraq, the Patriot Act, etc. also exemplify the orange meme and are influenced by Ayn Rand. People frequently point out how their arrogant attitudes exemplify Ayn Rand. For example, Joel Aufrecht wrote on March 17, 2003: “I look at Paul Wolfowitz or Richard Pearle, I think of a guy who read that scene in Atlas Shrugged in which one of Ayn Rand’s rich supermen confidently piloted a speed boat after fifteen minutes of watching someone else fiddle with and thought, that’s how I’m going to live my life.”

Kitty Clark in Adbusters magazine (Sept/Oct 2003, #49) points out that the neo-cons are all connected (either as actual students—Wolfowitz, for example—or by some close degree of separation) to a Jewish philosopher named Leo Strauss. Adbusters has a very unfortunate tendency toward highlighting the Jewishness of any despicable figure who happens to be Jewish and is completely one-sidedly anti-Israeli. They print many letters to the editors which accuse them of anti-semitism, and I think some of these accusations are warranted. Having said that, the Jewishness of so many of the leading neo-cons (such as Wolfowitz and Perle and Stauss, who is considered their philosopher king), is as legitimate a subject for psychological inquiry as the Christian fundamentalism of some of their partners in crime. A 1987 Newsweek article entitled “The Cult of Leo Strauss” asked, “Why are so many Staussians in the Reagan Administration?”

Strauss was a refugee from Nazi Germany. Adbusters praises another German-Jewish intellectual, Hannah Arendt (especially famous for her phrase, “the banality of evil”) as “brilliant and beautiful.” They point out that Arendt spurned Strauss as a romantic suitor and panned his ideas as well. Apparently Strauss bore the wound of this rejection for decades and even today, they point out, the Straussians despise Arendt. They wonder outloud, “Could her rejection have been the stirring of a butterfly’s wings that led to the inevitable desert storm? [the Iraq War of 1991]” A more likely psychological mechanism, it occurs to me, is the basic principle that, ‘the oppressed is always in the act of becoming the oppressor.’ I would qualify that by saying some of the oppressed are in the act of becoming the oppressor. A certain small but sometimes prominent group of Jews who lived with the Holocaust, or at least were influenced by it, developed a fierce will to be like the oppressor, to be conspiring masterminds viewing the world as a chess board themselves. Henry Kissinger is an obvious example, and Strauss and some of the neo-cons may be others. While a greater number of New York Jewish intellectuals became radical leftists, socialists, and so on (like my parents and me), a smaller number veered off sharply to the right.

Clark wrote (and this is confirmed by other sources):

“Strauss believed that democracy, however flawed, was best defended by an ignorant public pumped up on nationalism and religion. Only a militantly nationalistic state could deter human aggression, and since most people were naturally self-absorbed and hedonistic, Strauss believed that the only way to transform them was to make them love their nation enough to die for it. Such nationalism requires an external threat—and if one cannot be found, it must be manufactured. While not bound by religion himself, Strauss rather cynically promoted religion as a tool to maintain an acquiescent population.”

Adbusters makes some legitimate connections, but their relentless emphasis on Jewish bad guys has an emotional/hysterical tone that anyone attuned to the psychological flavor of antisemitism will quickly recognize. More of the leading players in the orange upside-down roller coasters are WASPs who at least claim to be born again Chrisitians. Underneath their various ethnic and religious identities there is a Machiavellian philosophy that unites them as power trippers who view the citizens of this democracy with utter contempt and as pawns to be manipulated with fear.

The dream, I believe, is a code orange warning from the collective unconscious that we are in a zone where the Philosopher’s Assassins are especially active and dangerous.