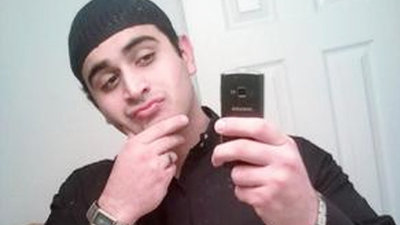 In just a few days, there have been three bizarre and evil events, each worthy of national headlines, and all occurring in the Orlando area. First, on Friday, was the shooting of 22-year-old “Voice” singer Christina Grimmie outside an Orlando music venue. A heavily armed 27-year-old guy, Kevin James Loibl, who did not know the singer, waited in line at a meet and greet and then fatally shot Christina. Her brother tackled Loibl, and then the killer fatally shot himself. So far, no motive has been discovered for this killing.

This senseless murder in Orlando led national news until two days later, at a gay night club called Pulse, the worst mass shooting in U.S. history occurred. And now, a couple of days after that horrifying massacre, shortly after waking up, I opened Google News and found two lead stories. The first one reported that the Orlando shooter scouted a Disney shopping mall before targeting the Pulse night club. The second lead story was that at a Disney hotel outside Orlando, a two-year-old boy was grabbed by an alligator and dragged off into the Seven Seas lagoon despite desperate attempts by his parents to fight off the 4-7 foot long reptile. Search and rescue teams have  been searching for the boy for hours and at this point it’s assumed that at best they would recover his body. This tragic event seems almost like an urban legend—a fairy tale version of a parent’s worst nightmare. In the presumed safety and fantasy environment of a Disney hotel to have your child grabbed by an alligator and then dragged off, probably to be devoured, is as surreal a horror as I can ever remember being reported in national news. And speaking of fairy tales, the trio of tragic events begins with Christina Grimmie—a mythological-sounding name which contains the words “Christ,” “Grim,”  and “Grimm” (as in Grimm fairytales). And what place on earth has stronger associations with fairytales and bringing fantasy into the 3D realm than Disney World?

Three such horrific events, each of them worthy of leading the national news,  occurring in the same area in a few days, might be an incredible coincidence… hopefully is an incredible coincidence. From the view of probability, in a phenomenal world in which myriad incidences of all sorts are happening on a planet of seven billion people, we should expect that there will be some bizarre constellations of events.

However, as someone who has personally experienced hundreds of bizarre and highly improbable synchronicities, I can’t help but to speculate about acausal connecting principles or perhaps hidden causal connections when such bizarre constellations of events occur.

I don’t do this lightly, especially since these are such tragic events. I also don’t do this confidently, or with even any specific speculation as to what it means, whether it is an acausal synchronicity, or a series of events caused by unseen forces. I certainly don’t rule out that it may be merely a bizarre coincidence. What I do say is that it should be permissible to consider whether there are patterning forces at work in our reality that are not easily explained by the flattening perspective of reductive materialists. I think it was occult researcher Charles Fort who coined the term “window zones” to account for incidences, reported by every human culture, of multiple bizarre events occurring within particular space-time coordinates.

Some of these window zone phenomena seem, like the present case, as if they were designed to have an effect on the collective human psyche. I have written about this possibility much more extensively in The Batman Shootings and Crossover Effects  which looks at strange patterning involved in the 2012 shooting of 70 people in a Colorado movie theater.

Superficial rationalists have always scoffed at the idea that strange patternings might be more that coincidence. Shakespeare’s Hamlet had this flattened point of view in mind when he said,

There are more things in heaven and earth, Horatio,
Than are dreamt of in your philosophy.

The body of the two year old boy was recovered yesterday.  This was the first alligator fatality in the USA since 2007.

According to ABC news: “The gunman who killed dozens of people at a gay nightclub in Orlando gave blood to a donation center that provided much of the supply later used to help save injured club patrons.”

This was a weird, ouroboros-like twist. Another one, that seemed a classic illustration of shadow projection reflecting back on the projector involved a hate-filled speech given by Trump the day after the massacre. Renewing his commitment to an immigration ban Trump claimed that Mateen was from Afghanistan. The implication is that if Trump’s policies were enacted he never would have been allowed in the country. Fact checkers immediately pointed out that Mateen was not from Afghanistan, but was actually born in Queens, NY, same as Trump.