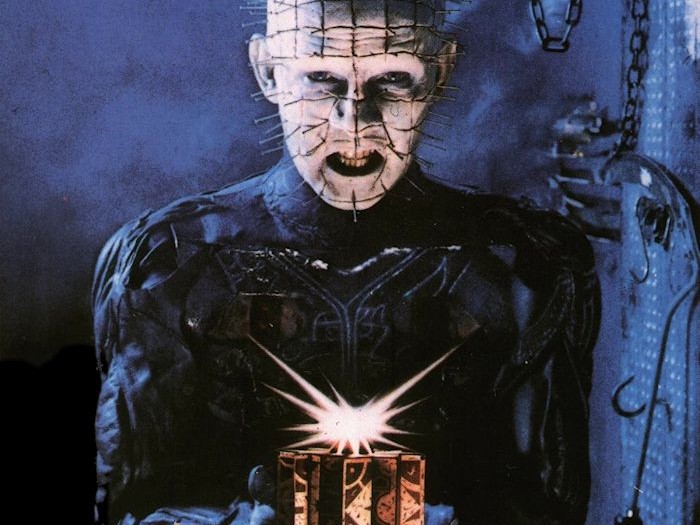 Rebelling from the Pain Body Matrix

The character Pinhead from the Hellraiser novels and movies by Clive Barker Wikipedia entry on Pinhead: Pinhead was not always a Cenobite, but was in fact once a human. Pinhead originated as Captain Elliott Spenser, who was born into the Victorian upper-middle class of British society in 1888.

He joined the British Expeditionary Force, eventually rising to the rank of Captain and served during World War I. Spenser was a charismatic and eloquent man, who could feel great empathy and compassion for those around him. These are factors that undoubtedly assisted in his mental deterioration which he suffered after the Battle of Flanders in 1914. Spenser did not believe he had a right to live after watching many of his comrades perish in horrific circumstance. He had also lost faith in the humanity after witnessing its cruelty to itself. He had lost faith in God, whom he believed had failed humanity, claiming “God fell at Flanders too.”

While other survivors of the war turned to religion, philosophy, music, art and poetry, the disillusioned and jaded Spenser wandered Earth and became something of a hedonist, turning to the baser methods of gratification for satisfaction and pleasure. These included opium, alcohol, and sex; however these were insufficient, as the sensations were never strong enough and Spencer always wanted greater highs, leading to his dabbling in the Occult, Satanism and black magic. By his own definition, he had become “an explorer of forbidden pleasures.” He had indeed become a lost soul, descending deeper and deeper into madness and eventually sadomasochism as pain became indistinguishable from pleasure.

Each of us has a Pain Body, a self that is addicted to receiving and/or inflicting pain. If we are not conscious of our Pain Body, then it has many opportunities to take us over and pull us into the Pain Body Matrix. 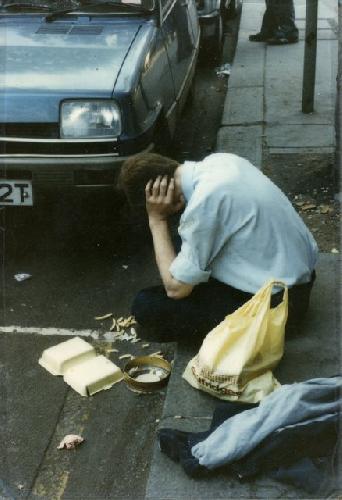 When I used to glimpse my Pain Body, I saw a shadowy self that was clinging to a security blanket draped around it. The security blanket looked almost like a blanket-shaped tumble weed. It was composed of thorns and barbed wire.

Sometimes I glimpsed the Pain Bodies of others. I have a friend who once called himself “Dark Marc.” As an adolescent, Marc had an addictive and codependent relationship to his Pain Body. He would sit in the dark and listen to songs that were eloquent of pain; Led Zepplin’s “Since I’ve Been Loving You” and “Babe I’m Gonna Leave You” were particular favorites; And Marc would trip out on his pain; memories of romantic betrayals and feelings of abandonment were the preferred flavors of pain, and these were indulged in to the point of intoxication. It was like he was sharing a bottle with his Pain Body, a bottle and then a syringe, and as the two of them got stoned on pain together they blurred and became one — Dark Marc.

As I look at my Pain Body right now I see something different. I see a person-shaped constellation of what seem like little stars, stars that vary in color and intensity. Each of these stars is a moment of intense pain in my past. These moments were singular enough to have a continuing life of their own. The stars that make up this person, and form its body of pain, go dormant when I am in a good mood. They become like cold, dark and hungry embers waiting to be rekindled with life energy. If a new acutely painful episode occurs, then the myriad little stars composing my pain body reignite and get to live again. They especially get to live again, and glow more intensely than other stars, when the new pain has parallel resonance with the pain that they radiate. So if a star of pain was formed due to a romantic betrayal, for example, then if there is a new such betrayal, the old betrayal stars get a chance, through sympathetic resonance, to glow with a particularly vicious brilliance.

If enough of the stars inside the Pain Body ignite, and reach a certain intensity of brilliance, then something of orgasmic significance occurs for the Pain Body. It gets to be you. If you identify with your pain, you become your Pain Body, a tendency that gets stronger the more it is allowed to happen.

We may become so accustomed to being our Pain Body that we default to it, like an old addict defaulting to their addiction.

The Pain Body feels entitled to our life energy. It looks for painful occurrences so that it can come back into ascendancy. If it can’t find such occurrences in the present, it has a rich and varied supply from the past it can bring forward. It can also create imaginary occurrences to justify and energize its existence.

I see my Pain Body thrusting a demanding hand, palm upward toward my face. In the hand are some cold embers, the somnambulant embryos of past pain. The Pain Body demands that I breathe life energy onto these dark nuggets, that I reignite them with my life force, so that they can become stars burning in the person-shaped constellation of its body. If I do this, the Pain Body hands me very dark glasses to put on.

If, by some act of will, I separate myself from my Pain Body, if I take off the dark glasses and look at it, the Pain Body hisses with anger and frustration. It doesn’t want me looking at it — this naked person-shaped constellation of dark embers scurrying from view. It races toward my back, toward my blind spots, and desperately looks for a vulnerability in me, a wound, a portal that will allow it to enter into me and become me once again.

Like a bed bug retreating into dark and hidden recesses, the Pain Body awaits inevitable moments of inattention, moments of sleepiness or high stress when it can scurry out of hiding and suck hungrily at life force, engorging itself with blood. Like an alcoholic always reaching for one more drink, the pain body is always reaching for one more chance to slip back in and reassert its dominion.

We need to remain alert to the Pain Body’s many attempted incursions, and to its myriad slippery guises. The Pain Body has the insidious confidence of one who knows that it has had its way with us many times before.

An octopus is so flexible that it can siphon its body through the neck of a wine bottle and then expand to fill the whole interior space. The Pain Body is like that, a master of infiltration, and if necessary it can even become a gas that expands to fill the whole atmosphere around us. Those close to us breathe in our gaseous Pain Body, and this may activate their Pain Bodies. All too easily we become part of a Pain Body network, a web of tormented relationships, and like the other Pain Bodies in our network we medicate, self medicate, act out and in other ways bind ourselves to the Pain Body Network. The gaseous darkness of the Pain Body Network expands to infiltrate the atmosphere of the planet until it forms a Pain Body Matrix.

A great gift we can give the world is to see our Pain Bodies and remove them from the local and planetary networks of Pain Bodies. The price of freedom from the Pain Body Matrix is eternal vigilance.

The concept of the Pain Body originates with Eckart Tolle. Read transcripts of Eckart talking about the Pain Body and google “pain body” for much more. See A Guide to the Perplexed Interdimensional Traveler for techniques that can help with afflictive thoughts and feelings. 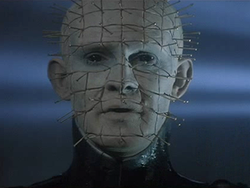