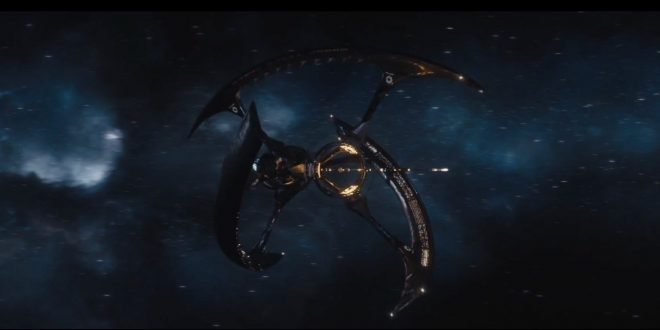 This film deserves its 21% Rotten Tomatoes rating. Despite high production values, including a beautifully realized interstellar ship, the last quarter to third of this film is a hunk of rotten cheese of galactic proportions.

I knew that total assholes were involved with making this film when before the film even began there was some sort of an ad—can’t remember if it was for the film itself, or some other shit they were trying to sell, but it shows generically handsome Chris Pratt in a spacesuit hanging from wires in front of a green screen making some sort of a weak joke about the wild and crazy time he was having making the movie. Hey assholes—don’t take us behind the scenes before we’ve even seen the film, like we’re all insiders in on the same joke. Remember willing suspension of disbelief? Magicians don’t show you how the trick is done before they do it. To whatever asshole decided to put up this jokey, green-screen, pretending-to-be-a-funny-outtake clip before the movie: Maybe you want to live your life in a state of as-if-on-wires-in-front–of-a-green-screen total inauthenticity, making unfunny, ready-for-sit-com jokes, thinking you’re just so 2017 when you are actually just a total, insufferable asshole, but don’t you dare assume that I want to be in on your cheesy jokes.

Although Chris Pratt, in this role at least, has this annoying, squared-jawed, generically-handsome, rough-around-the-edges-movie-character -you’re-supposed-to-like cheesiness, the film begins with an intense premise which I won’t plot spoil. The first two thirds of this film could almost be an extremely high-production-value Black Mirror episode. There are some implausibilities, but the visual details of the interstellar ship make up for it.  We don’t get that many space-faring, super-high-budget, science-fiction films, and if you are enough of a geek to appreciate the hardware revealed in high-definition 3D, sometimes it feels like it might be worth watching if you could just get the actors to stop talking. But it wasn’t just eye candy, the premise was intense, creating a dilemma with a lot of human value at stake.

So, if you are enough of a geek to appreciate an extremely well-realized space setting, it might be worth your while to see this film, but only if you see it in the following way:  As soon as you notice the Lawrence Fishburne character waking up, roughly two-thirds of the way in, that’s your signal that you are about to take the yellow pill and find yourself in a cheese matrix. And believe me, you do not want to know how deep this cheese hole really is. It’s too late for me, I left the theater feeling like someone had dumped a bucket of movie theater nacho cheese sauce—the artificially flavored, Trump-orange-colored,  hydrogenated-GMO-soybean-oil kind that comes in those five-gallon, white-plastic buckets—onto my head. But if you leave the theater as soon as Lawrence Fishburne wakes up, or within five minutes of his waking up, and then make up your own ending, or just assume that the ship blew up killing everyone on board, you could actually have a very high-production-value, sci-fi experience.