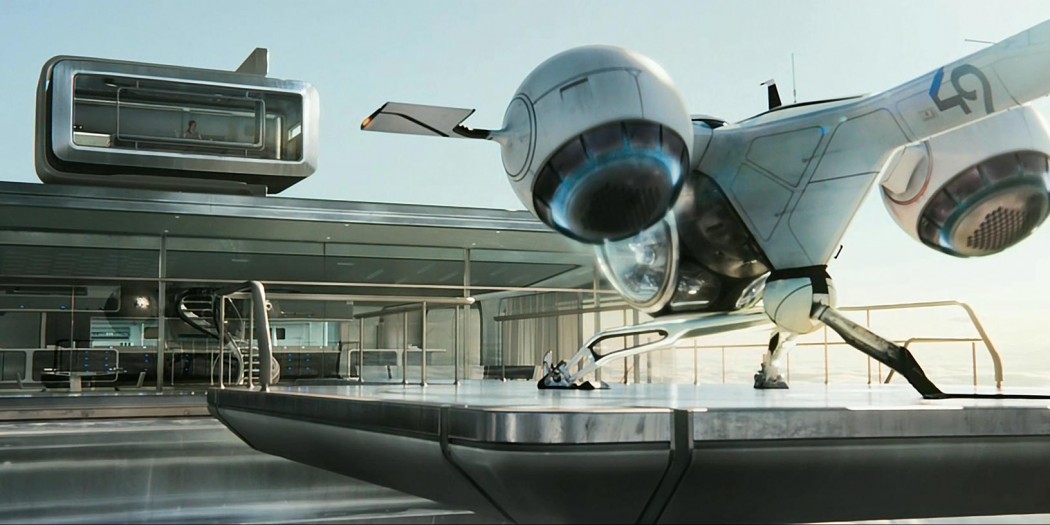 (This was originally tossed off as a Facebook status update so expect it to seem a bit off the cuff.)

Oblivion was much better than what reviews and the Rotten Tomatoes 59% rating led me to believe. OK, some elements of the plot late in the movie might seem a bit convoluted or contrived. It’s no masterpiece. Some of the ideas may have been overambitious or lacking in emotional depth, but they weren’t cheesy, and there were intriguing twists that kept you thinking if perhaps not entirely satisfied at the end. It’s not in the top tier of science fiction films, but Oblivion has plenty of merits. If a sci-fi film has high production values and the plot, ideas and dialogue are not offensively bad it will often still work for me because I can get a lot out of a high-resolution trip into the future.

Prometheus did that, but I sometimes wished it would chill out for a few seconds from all the exploding, alien, parasitical life forms attacking so I could just take in what it would be like to be in some of the futuristic settings. The daughter of the tycoon had this amazing apartment with wraparound pixelated walls that appeared to be a panoramic window onto a beautiful aspen forest with falling snow, etc. I wanted to spend some time just checking out her really cool apartment without some species threatening catastrophe constantly intruding.  Oblivion allows for this more relaxed way to check out the future, especially the first half of the movie that had an elegant sparseness. What was also a brilliant choice is that the futuristic hardware was kept to a relative minimum and what was there was really, really well done. Some of it looked like something a clone of Steve Jobs would design in a hundred years. The production design was exceptionally good and busyness and frenetic action weren’t constantly crowding it out.

Can I get an Apple ISpacecar that looks like this? When I grew up on the Jetsons, etc. I assumed I would be sporting around in one of these by the time I was 30. Presently I don’t even have a tritanium and synthetic sapphire sky tower apartment with semi-attached heliport to park it in.

I don’t know how many other people feel this, but I wish more sci-fi and fantasy films had an atmospheric quality, a chance to live in the setting without some frantic scenario where the whole galaxy is at stake and there are constant ray gun battles and what not. The remake of Solaris was really good at that elegant sparseness and a plot that was more intelligent than frenetic. There was a wonderful moment late in the series Lost (which had been losing value for me as the plot got more convoluted, contrived and frenetic). A bunch of the main characters were breathlessly racing to stop some cosmic doomsday device and in their frantic countdown chase across the island they run across this older couple whom we hadn’t seen for several episodes and who had set up a nice little camp for themselves and were just enjoying life and the lasting bond they had with each other. The characters run up to them breathless, sweating, in a state of frenzied panic and are like, “Blah, blah, blah!!!! We’ve only got 11 minutes till the blah, blah, blah goes off and the whole island is time displaced from the blah, blah, blah!!! We’ve got to blah, blah, blah right now!!!!“ The woman of the couple, a wise, well-grounded black woman in her sixties, just looks at them and says, “What is it with you people? It’s always something.” She just waves them off and goes back to working on dinner or whatever while they race off after the MacGuffin.

Yeah, if you can really pull off an-everything-in-the-galaxy-at-stake plot, go for it. And yeah, I realize that there’s a lot of pressure to pace things to appeal to the nervous system of an 11 year old on an ultra-sour-candy-and-ritalin-sugar/endorphin rush. Personally, I’m willing to pay for a movie ticket just to get a high-resolution, high-production quality trip to the future or another world and the people there could be having a human drama and that would be enough for me. The hardware could be incidental and atmospheric. I just want more chances to experience other worlds than these…