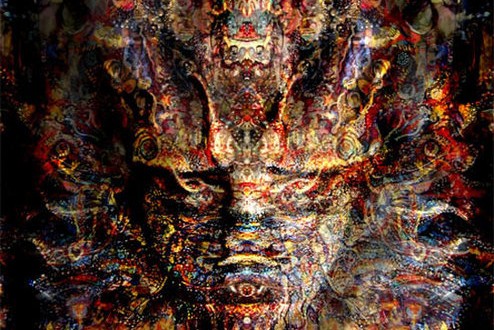 I find myself standing on a murky surface looking toward the dark rift at the center of the Milky Way Galaxy.  I am thinking about the galactic alignment of 2012, and more particularly about the conference I have just attended on 2012: 2012 Now—Empowering the Transformation.

But now I think even more particularly about the fact that I have been recruited to write about this conference, and now I feel like I am tumbling down the wrong end of a telescope, and my ever more particularized thoughts narrow and splinter:

What exactly should I write about?   Should I meticulously and laboriously thank and recognize and appreciate all the amazing people that were at the center of this conference? Should I…what? Recapitulate everything that happened?

As I think these frantic thoughts I see the creative muse staring at me with the corners of her mouth drooping. She has the sullen look of an old, stubborn peasant woman who has put in a full day in the fields, has worked from dawn to dusk, and is now being asked to carry a basket of stones on her head and walk sixteen times around the block.  The look she gives me is the telepathic version of an old, stubborn peasant woman saying , “What the fuck is your problem?” Except that she’s not saying it in an old, stubborn peasant woman’s tone of voice, but in a voice that is more like James Earl Jones as Darth Vader speaking in synthesized baritone from within his breath mask. Or, more precisely, like Vader’s voice slowed down and warbley,  a voice recorded on crinkled  magnetic tape playing at slightly uneven speed on an old reel to reel tape recorder.  It is, in other words, a fell voice of power, a voice of hypnotic and uncanny command, and I have no choice but to obey such a voice.

So no, no way am I going to write any of that stuff that splintered my mind to even think about writing.

I had always thought of this strange, attractive no-thing as a really black sphere.  It was so black that it made regular black look like white. But now they are saying no, it’s not spherical, it’s toroidal, it’s a coital portal as well as a ring of such fell power that it can give birth to and devour a galaxy. It’s a ?  Who knows what the fuck it is?  The story keeps changing.   But whatever it is, this ?, this no ring of fell power, this hyperdimensional torodial on galactic steroids, this whatever it is, it is starting to line up with the horizon line of my world, and that feels like it is effecting my world in massively, massively parallel ways.

But what is this world?  I look  down at the murky surface of the world. My feet are covered in what seems like colored fog flowing all around me. And there is this strange sponginess and  humming beneath my feet.

This world is still young and unformed, molten and chaotic, a world where things have not yet crystallized and differentiated.  It is a murky world, but out in the murk there are moments when the fog seems to clear and I see that there is a fine webwork that  extends outward, outward to the vanishing point of my vision. I am standing on this webwork, and it is a humming and elastic webwork. It is a webwork made of ethereal filaments, filaments that sparkle, and scintillate with motes of light, an intricate jewelry of lights in all directions.

Obviously this is not earth that I stand upon, this is not that  all too familiar sphere that some call “Gaia,” a sphere that is so riddled with  issues and problems, a sphere that is burdened with the heavy luggage of  millenia of history, a sphere both organic and machine, increasingly machine, a troubled sphere, a sphere with many issues, a sphere that you could still live on, but living on such a sphere  involved a self-to-sphere relationship that is high maintenance to say the least.  No, no this is not that sphere that I am standing on.  Standing on the earth sphere is an unmistakable feeling, a heavy, heavy feeling where a thousand-thousand worries gnaw at your mind like pale scorpions.

The sphere I stand on now is not heavy at all, it is light and elastic, for this is the Blogosphere, and on the Blogosphere things are mostly unformed and chaotic, and there is only the merest suggestion of gravity,  just enough to keep you from flying off into cyberspace.  This is a sphere on which you only plant cut flowers, because flowers without roots are the only kind that can grow here. Because this is a sphere without roots,  a sphere where the gravitational field of the past is extremely weak and vanishingly subtle.  After all, how much gravity can you expect from a massive aggregation of ones and zeros flowing through a webwork?

As I gaze out at the dark rift from my position on the Blogosphere I realize that I am living on a sphere where there is little history, and almost no rules.  On the Blogosphere there are no six thousands years of patriarchy to structure things, no rule masters telling me what to do, no norms to regularize things.

The only explicit rule on the Blogosphere is  to blog, and “blog” is like it sounds, it’s unformed,  it’s wet, sloppy and rubbery.  It’s like the way a pirate’s brain feels when he drinks  too much grog, it’s blog , like the way an amoeba is blog.  The only implicit rule of blogging is to be massively self indulgent and self referential and go on at agonizing and irrelevant length like a garrulous drunk reciting  Vogon poetry.

And so I ask the Blogosphere how to deal with my perplexity, the problem of how to write about this since the muse does not want me to laboriously recount events or appreciate all the many people involved.  And the Blogosphere replies instantly:

And now I understand, I don’t have to describe these people because I can just keep throwing up the link: 2012 Now—Empowering the Transformation the 2012 . And if people follow the link they will find biographies, and the biographies have links to everybody’s websites, and those sites describe these amazing, brilliant people so much better than I ever could, and so there is no need for me to describe them at all, no need for me to say that Stanislav Grof, for example,  seems like a wizened, psychonaut lion approaching the winter season of a long and fulfilled life.  No, I don’t have to embarrass myself with stuff like that because of links, the endless availability of links, the endless convenience of links, links that I can get to do almost all my work for me, links that could take me anywhere and everywhere.

And using links isn’t even lazy, it is actually even weirdly appropriate because this is a case of form following function, because this is what the conference was, a massive nexus of links, links between participants, links between many minds, and hearts and spirits.  And this massive link nexus has made all sorts of new links in my mind, and refurbished and excited old links, and my mind got to link with other minds, and to propagate its own nexus of links, and to be part of a greater abundance of links, a massive redistribution of link wealth.

And now that I think about it I realize that we are actually made of links, that’s what DNA is, that’s what a brain is, that’s what a molecule is, what a multiverse is, its links, it’s not turtles all the way down, it’s links all the way down.  And not just down, but up, and in every direction, the multilinkverse. And the multilinkverse is like a fractal, like a hologram, the small part recapitulates the whole, and whether you look microscopically, or macroscopically, all you see are links, links extending to the vanishing point of human comprehension.

So now I know what I’m going to write about.  I’m going to write about the links that lit up in my mind while I was at the conference.  This inner link approach seems self referential enough to satisfy the implicit rule of the Blogosphere that I be both amorphous and ego centric.  But it also seems possible that the inner links will find links in others’ minds, and what was numinous to me, might be numinous to others, or at least relevant.  Or maybe I won’t do that, maybe I’ll let people reflect on the links that lit up in their own minds, and people who weren’t there can get the DVDs and experience their own ecstasies of heightened linkage.  So maybe I’m done, I’ve already written over 1,500 words after all, and am two days under deadline.  This is a blog, so its boundaries are rubbery and amorphous, I could add more, or make changes at any time, every time I read through it I make changes, to observe a blog is to change a blog.

And so perhaps a blog is an artifact of galactic alignment.  It is a medium that arose during the zone of alignment, and it is somewhat indeterminate, it is able to mutate in infinite ways that confound patriarchal systems,  it is a portal aligned with the galactic center, a changeling object metamorphosing within a massive nexus of links. And so the medium of the blog is the message, and the analogue of the conference, a massive and metamorphic nexus of links shimmering and scintillating in an indeterminate space of possibilities.