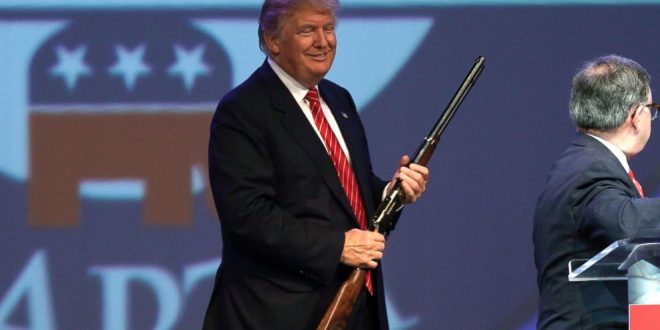 Mass Shootings, Trumpocalypse and a Pathologized Will for Immortality

The urge to be singular, to stand out, to be noticed at all costs, becomes, after the decline of medieval faith in immortality, a struggle that is “a thousand times more terrible than the struggle for life.” The periodic mass killings in America and the murderous and suicidal terrorism of religious fanatics come immediately to mind. What surely drove them all was a terrible need to “singularize” themselves— stand out, make a mark, be noticed. Hegel may have had this in mind when he said that consciousness craves recognition more than it craves love. Recognition makes one feel “real,” providing a kind of extended life for us through others. It affords hope of survival in the great (albeit fickle) memory of human experience. If I want to “survive” in this sense, I must make myself known, famous or infamous. I have to be able to count on the spotlight staying on me.

—–Michael Grosso from: The Final Choice: Death or Transcendence? originally published in 1985.

In the aftermath of the recent Florida school shooting, I came across this prophetic Grosso quote in the original 1985 version of his book The Final Choice: Death or Transcendence? revised and republished  in 2017.

See my earlier article: Michael Grosso—the Man who can Free you from the Cult of Materialism for more about one of the greatest visionaries of our age.

Looking for the roots of mass shooting in the core intentions of the soul is not meant to be a distraction from the entirely independent track of the need for gun control.  A pathologized will toward immortality and the easy availability of weapons of mass destruction are a deadly combination and work on all parts of that equation is called for.  I am also not implying that mass shootings are reducible to a single psychological cause—they aren’t.  There are multiple causes.

One is the superficial materialism that wants to industrialize problems of the soul into “mental health.” From this perspective, we have errant wetware in need of the right pharmaceuticals. Actually, one of the major causal vectors of mass shootings is pharmaceuticals, specifically SSRIs.  I wrote about this in an article with many points of relevance—The Batman Shootings and Crossover Effects

…the shooter will almost always turn out to be on an SSRI (selective serotonin reuptake inhibitor).  For example, Colorado’s other most famous mass shooting, Columbine, was masterminded by 18-year-old Eric Harris who was on the SSRI medication, Luvox. The Virginia Tech shooter who killed thirty-two people was on anti-depressants.

The popular press, which depends on big pharma’s advertising money, doesn’t have much to say about this established connection. Even the literature from the drug companies admits that “homicidal and suicidal ideation” are possible side effects of SSRIs.

Here is an article from the Florida Citizens Commission on Human Rights: Antidepressants are a Prescription for Mass Shootings

The soulless “mental health” perspective is a causal factor in many other ways.  Not only do tormented souls arise from its toxic flatland culture but it also creates a blindness about powerful forces in the individual and collective psyche.

When these horrific mass killings happen, it is common to hear people say that we may never comprehend how such things can occur. For example, at a memorial service after the Oklahoma City Bombing, the governor of Oklahoma said, “We can’t understand why this happened.” These seem like odd statements that people make on behalf of a species that has managed to project its understanding into black holes, subatomic particles, the genetic code and the edges of the universe.  If we can’t comprehend the murderous actions of a member of our own species, then we damn well better keep trying.  From: The Batman Shootings and Crossover Effects

Michael Grosso has identified one of the key factors in the depth of the soul that leads to mass shootings. In the case of the Florida shooter, we don’t know enough yet about his particular psychology. We do however have another person in the news who clearly shows absurdly obvious signs of a pathological will toward immortality by being singular, a man who puts his names on towers and doesn’t seem to care much how his actions affect the world so long as everyone’s attention is focused on him.  This is the man who has long believed that “all publicity is good.”

I find myself endlessly repeating the following quote from Jung:

We live in a society that legally put an assault rifle in the hands of an 18-year-old with “mental health” problems. We have also placed a man with an immoral and demented will to achieve immortality through being singular in a position to create thermonuclear Trumpocalypse.

Trump, as I have pointed out in various of my articles on the Trumpocalypse, is best understood as a personification of our collective shadow. Ironically people are appealing to this very man to do something about the issue of mass shootings. This is a man whose staff had to keep him from going golfing at Trump International Golf Club in West Palm Beach in the immediate aftermath of the school shooting in nearby Parkland, Florida.  He went anyway but waited till yesterday, President’s Day. Dispatches from the Trumpocalypse includes a Youtube compilation of all but my last two Trump-related writings (links to all of them in the article).

Also relevant:  The Orlando Shooting—Part of a Window Zone of Evil