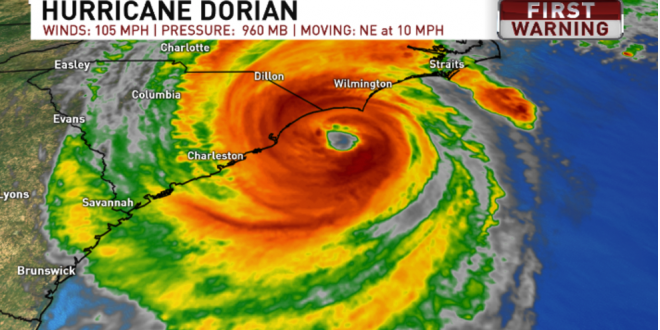 I remember listening to Coast-to-Coast AM years ago when Art Bell asked George Carlin what he thought about hurricanes. “Well Art,” Carlin sighed, “I really like hurricanes, but they’re never big enough.”

As a Colorado resident, hurricanes are what the Chinese called, “The fire on the other side of the river.”

A mile above sea level in the high desert of Boulder, I tend to enjoy a good television network infotainment hurricane hype competition as much as the next guy.

It was great to see how much the major networks had upped their game with Dorian, elevating the storm into a genre-busting, reality-television 60-minutes-to-armageddon-action-movie spectacle with excellent production values.

Fine by me if you can deliver on that set up, but no one wants to hear Nick Fury (Samuel L. Jackson) say halfway through the latest Avenger’s Infinity War—“Oh, yeah, Avengers, sorry about that whole DEFCON ONE, middle-of-the-night summons for you to save the universe. My bad. We just intercepted  communications emanating from Thanos’s secret base under a live volcano on Titan and it turns out Thanos is actually feeling a lot better about things, he’s got this new girlfriend who’s really helping him mellow out, plus they finally got his meds right, plus some CBD oil, and now he’s mostly home binging out on Netflix with the new girlfriend, and, yeah, he’s pretty much lost all interest in killing every other living thing in the universe, so, yeah, no worries Avengers, never mind about that whole Thanos-destroying-the-universe thing, we’re good.”

Yeah, I get it, hurricanes aren’t just about me, but it’s hard not to feel disappointed when the visceral excitement of a skillfully-promoted cat 5 hurricane fails miserably to live up to the hype.

But a couple of days ago, when Dorian was still being breathlessly launched as the greatest, most gargantuan, most record-shattering-of-all-time cat 5, the first and only Atlantic hurricane in recorded history to blah-blah-blah!!! and I was really getting into it, mesmerized by all these satellite shots of Dorian, a spinning colossus the size of Georgia psychedelically tricked out with enough neon false-color enhancement to make it look like a spiral galaxy having an acid trip as it glowed from the 8.3 million pixels of my 65-inch, curved, Ultra HD 4K, OLED video screen with state-of-the-art, Dolby-Atmos signal processing, when out of nowhere, a spinning, steam-punkish zoetrope of flickering, low-res, sepia-toned nearly-forgotten images of the aftermath of Hurricane Hugo began flashing me back to September of 1989, when I was getting on a bus as the youngest of a group of four NY alternative school teachers who had recruited 45 students to volunteer to help the victims of Hurricane Hugo, a category 5 hurricane, the most damaging hurricane of its time that left 100,000 people homeless, killed 34 people in the Bahamas, and 27 people in South Carolina, which was where we were heading, to one of the most poverty-stricken, and now hurricane-devastated parts of the state.

(Crossing the Great Stream—Education and the Evolving Self, an article I published in the summer, 1991 edition of Holistic Education Review, describes the positive psychological effects this experience had on the youth-at-risk kids who volunteered for the mission.)

The flashback production values suddenly went way up, and I found myself in an immersive, multi-sensory, panoramic memoryscape where I was shoveling soggy, moldy sludges of what were once treasured possessions and necessary commodities out of the shattered houses of people who were already very poor and barely making it. The memoryscape had a nearly-IMAX level of sensory impact, but there was no impending-cat-5 adrenaline rush, just this very sad, not-ready-for-primetime feeling.

We were working in nearly unbearable South Carolina, early-September heat and humidity right beside newly homeless people who would have once been called, “poor colored folks,” as they shuffled around, dazed and despairing, occasionally using a stick or mop handle to sift through the debris to look for irreplaceable family heirlooms only to keep confronting the painful specificity of ruin that had befallen each and every item they ever managed to acquire and hold on to during long lifetimes of minimum-wage jobs.

Time slowed to an agonizing crawl as we shoveled, breathing lung fulls of toxic smoke emanating from smoldering garbage fires people had going 24/7 because that was the only way to get rid of the trash. Day-after-day, hour-after-hour, we labored against a monotonous soundtrack of endlessly whining chain saws, and endlessly buzzing green bottle and biting horse flies as their ever-tightening orbital frenzies competed for air space with the invasive clouds of mosquitos, so stereotypically insensitive to personal space, with their relentless microaggressions and sociopathic inability to hesitate for even a moment of self-reflection before sucking down our bodily fluids without any form of consent.

Our sweaty, clingy t-shirts pulled soot from the smoky air into the pores of our skin as every shovelful of sludge we lifted exposed people’s most personal stuff, soiled diapers, used condoms, all the brand-name toiletries and other consumer products we had safe and dry back home, and so much sadder stuff, shockingly sad stuff, wedding photo albums, high-school yearbooks, stuffed animals all turned to soggy, bedraggled ruin within houses whose roofs had been hastily torn off exposing decomposing innards like a really fast-and-dirty autopsy that no one had bothered to sew back together before they dumped it out back where clouds of flies were buzzing around in the hot sun.

The flash back pretty much ruined whatever entertainment value Dorain could have had for me, and that was before this supposedly cat-5 monster began to fizzle out like a wet firecracker. So now, not only do I have to feel like a total fucking asshole for, once again, getting caught up in frenzied, action-movie hurricane hype, guilty yet again of becoming oblivious to what people on the ground of the disaster zone are experiencing, but on top of that I also have to feel extremely fucking refund-worthy disappointed, when, once again, the latest-and-greatest-and-most-gargantuan, most-record-shattering hurricane of all time starts category dropping from a respectable 5 to a measly 3 to a limp-dicked 2 until eventually the bottom falls out of its disgraceful down spiral into a tropical storm that may not even make landfall… 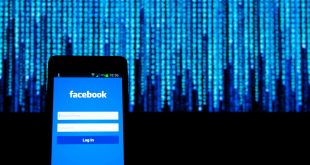 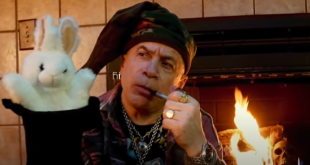