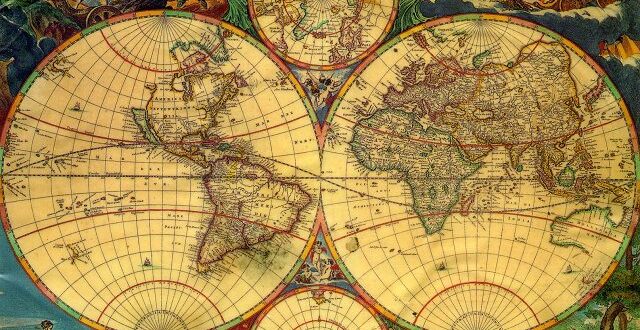 When I woke up, still having heard nothing of the tragedy, but disturbed by the dream, I picked a card from the Zap Oracle and got this one, which was already captioned, “Pay Attention to World Events.”

It is one thing to consciously abstain from fear-based news media; it is quite another to be ignorant of the world out of laziness and neglect. As Thomas Jefferson said, “The price of freedom is eternal vigilance.” If you are not paying attention to world events, you are not being vigilant.

For those with time to read more, here is an example of the sort of ignorance I am talking about:

Shortly after 9-11, in an article called Left off Balance I noted the following in a discussion of shadow projection amongst people on the left:

Here’s a classic example that happened just yesterday. I get on email and find messages from two different people, a dire chain email petition that tells me that “they” (there’s always a mysterious dark they) are trying to sneak through an amendment to the constitution trying to outlaw gay marriages. I scroll down and see some very intelligent people I know have added their names and addresses to this document. After a stunned moment I realize this is utter nonsense, it is impossible to “sneak in” an amendment to the constitution that requires huge Congressional majorities and is going to be a huge-drawn-out high-profile, high-publicity process. The Constitution has not been amended in decades. (I’m no expert, I slept through Civics class in high school too, but isn’t this general knowledge?) People I knew were forwarding this bogus bit of propaganda, adding their names to it, because their shadow projection makes them gullible and able to be blind-sided by darkness. Because they so easily project the shadow onto a “they” which they believe runs every governmental and media decision, they could be made fools of, manipulated by someone who very likely just wants their names and addresses for a shadowy purpose of some sort. It never occurred to them that shadow might instead manifest from one of what seemed like their number. They were giving away, voluntarily, their info, their privacy, because their shadow projection blinded them to the multivalent aspect of darkness—-it shows up everywhere. Most people are murdered not by the government, not by terrorists, but people they are close to, and even more often by themselves, particularly via bad health habits.

Another example of the failure to discern shades of grey are the constant statements I’m hearing that are variations of, “They have complete control of the media, it’s all just wartime propaganda, it’s all lies.” An example of this POV was a very amusing recent Tom Tomorrow cartoon. In the cartoon two news anchor people are going to give a report on “Why they hate us.” The camera turns to a female TV person and she says, “They hate us because we’re free.” The male anchorperson gets on and sniggers that they probably deserve a Pulitzer for that. So I laugh at this cartoon, go with its POV, because I hate plastic news anchor types and love biting sarcasm. But then I look up and see this week’s Newsweek (can’t get more mainstream media than Newsweek) and see the cover says “Why They Hate Us.” I have it in front of me right now. Inside, I don’t find, “They hate us because we’re free.” I find a twenty-page article that begins with the sentence, “To dismiss the terrorists as insane is to delude ourselves.” Four sentences later they dismiss the statement, “We stand for freedom and they hate it.” Then follows a nuanced, probing look into cultural, religious, geopolitical variables that have brought their hatred about. The West is not portrayed wearing a white hat. They also state, “The daily exposure to Israel’s iron-fisted rule over the occupied territories has turned this into the great cause of the Arab–and indeed the broader Islamic—world.” Elsewhere, they look at American policy in the region as “…cynically geared to America ‘s oil interests, supporting thugs and tyrants without hesitation.”

Does this article have a bias or two or three or more? Sure. How could it be otherwise? What human account of events doesn’t? But it is full of relevant information, most of which is factually true. On the other hand if I believe “the mainstream media is in lockdown mode,” then I never bother to read Newsweek since I know in advance corporate-controlled media is all lies. In the aftermath of Sept. 11 I hear people on the left state adamantly that “they” have the media in complete lock down mode. But often I hear this POV from callers calling into nationally broadcast talk shows, especially on NPR. NPR still gets some money, if not as much as they should, from the government. Most radio call-in shows use screeners, they can easily and invisibly control content by whom they allow on. Caller after caller after caller to a show I listened to on NPR had a radical leftist POV and were unilaterally criticizing the US, saying on national radio that they control the press, there is no freedom of press, it’s just what the government and corporations want us to know. None of them seemed struck by the irony that they were saying this on a national broadcast heard by millions. When I point this out to Leftist friends I hear, “You see, they’re just allowing that so you’ll think there’s a free press!” (end of passage from “Left off Balance”)