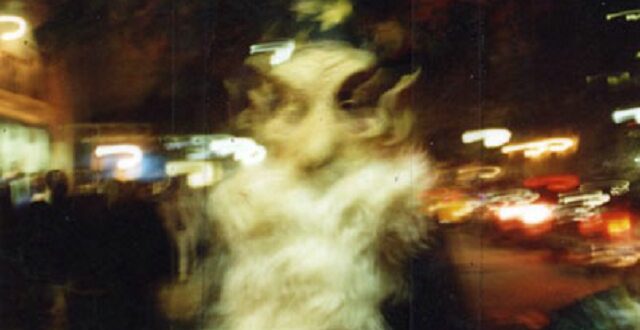 Few of us access the array of powers that exist, at least as potential, within us. Probably the single factor that most limits our access to power is the central spell or enchantment of the Babylon Matrix, which causes us to pursue outside objects, persons or entities to find our wholeness and fulfillment. Once you are set on that quest you become as enchantment bound as a Ring Wraith. The hot pursuit of the external agent is the anti-magic, a heatsink like a black hole for any radiance of self or personal power. If a person is inanely infatuated, for example, it is easy to see how much power he has abandoned. But if you instead focus on your own center, the self, the source that flows through you, if you shift your gaze from the Precious to the fires of chaos, the boiling cauldrons of ones and zeros, the stuff that matrices are made from, then you become a subcreator and have access to the Wizard Within.

According to Aleister Crowley’s definition,”Magick is the Science and Art of causing Change to occur in conformity with Will.” One of my principles of magick is that the most powerful ritual is not one inherited from tradition, but one created spontaneously in the moment with full conscious engagement. The ritual you create today can be more individual and unique and consciously intended, more relevant and applicable to the current conditions. A wizard is someone able to consciously generate his own magic and shift the matrix.

Accessing your inner wizard will give you great abilities to transform the sovereign domain of your inner world. In the New Age, this is often inflated into, “You create your own reality.” But the outer world presents us with many factors outside of our inner control. So far, no sufficiently empowered, positive thinking New Ager has created a planet with no global warming or pollution, for example. A wizard out in the world uses intuition to discern where to go and when and with whom. He or she will use cloaking to avoid unwanted attention that might limit freedom of travel and time. Sojourning in the outer world, the wizard is humble and alert, aware of being a stranger in a strange land.

For those of you willing to read more, here are some of Crowley’s essential principles of magick:

I Magick is the Science and Art of causing Change to occur in conformity with Will.

II. Postulate ANY required Change may be effected by the application of the proper kind and degree of Force in the proper manner through the proper medium to the proper object.

1. Every intentional act is a Magickal Act.

2. Every successful act has conformed to the postulate.

3. Every failure proves that one or more requirements of the postulate have not been fulfilled.

4. The first requisite of causing any change is thorough qualitative and quantitative understanding of the conditions. (Illustration: The most common cause of failure in life is ignorance of one’s own True Will, or of the means by which to fulfill that Will…He may really be a painter, and yet fail to understand and to measure the difficulties peculiar to that career.)

5. The second requisite of causing any change is the practical ability to set in right motion the necessary forces.

8. A man whose conscious will is at odds with his True Will is wasting his strength. He cannot hope to influence his environment efficiently.

9. A man who is doing his True Will has the inertia of the Universe to assist him.

15. Every force in the Universe is capable of being transformed into any other kind of force by using suitable means. There is thus an inexhaustible supply of any particular kind of force that we may need.

16. The application of any given force affects all the orders of being which exist in the object to which it is applied, whichever of those orders is directly affected.

17. A man may learn to use any force so as to serve any purpose, by taking advantage of the above theorems.

18. He may attract to himself any force of the Universe by making himself a fit receptacle for it, establishing a connection with it, and arranging conditions so that it’s nature compels it to flow toward him.

19. Man’s sense of himself as separate from, and opposed to, the Universe is a bar to his conducting its currents. It insulates him.

(Illustration: A popular leader is most successful when he forgets himself, and remembers only “The Cause.” Self-seeking engenders jealousies and schism.)

20. A man can only attract and employ the forces for which he is really fitted.

21. There is no limit to the extent of the relations of any man with the Universe in essence; for as soon as man makes himself one with any idea, the means of measurement cease to exist. But his power to utilize that force is limited by his mental power and capacity, and by the circumstances of his human environment.

25. Every man must do Magick each time that he acts or even thinks, since a thought is an internal act whose influence ultimately affects action, though it may not do so at the time.

39 Every act of your life is a magickal act; whenever from ignorance, carelessness, clumsiness, or what not, you come short of perfect artistic success, you inevitably register failure, discomfort, frustration.

Why should you study and practice Magick? Because you can’t help doing it, and you had better do it well than badly.

Accordingly, the most important preliminary to any Magickal operation is to make sure that its object is not only harmonious with, but necessary to, your Great Work.

“Thou has no right but to do thy will.” Every act, therefore, with the thoughts and words which determine its performance, is a sacrament.

To refuse to fulfill any of one’s possibilities is the direct negation of the Great Work.

See: More on Magick and its principles: Magick with Tears

Crowley’s classic Magick in Theory and Practice is apparently past copyright and widely available on the web. Click the link for one of the on line copies

For more on the truth and exaggeration of “you-create-your-own-reality” see: Dynamic Paradoxicalism — the anti-ism ism

For regaining your power and inner wholeness: