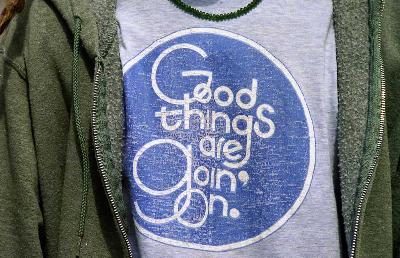 Good things are going on, but don’t expect to see that reflected in newspaper headlines! Our minds, adapted to a hazardous existence, nervously scan our world for signs of impending disaster. We often overlook the far greater signs of good things going on.

This is an abundant universe. Put quotation marks around the voices in your head that are endlessly worried about scarcity of money, resources, opportunities, romantic partners, etc.

Look up at a clear night’s sky and think about how much real estate is out there — ca. 100,000,000,000 stars in just our galaxy, and by some estimates 500,000,000,000 galaxies in the universe with many physicists now saying that our universe is just a tiny bubble in an ever expanding foam of multiverse. The universe has created 50,000,000,000,000 cells just to sheath you in a corporeal body for this one difficult incarnation where apparent scarcity and other hardships are part of the abundance of developmental forces.

For those willing to read more, consider the card “Accessing the water of life while in the Babylon Matrix”