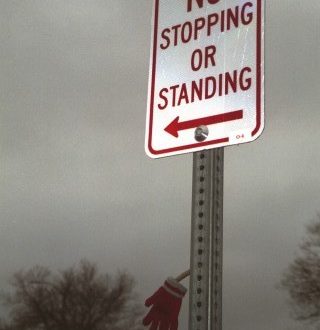 Change is our only constant. Something in you and/or the outer situation has to change. Go with the flow of transformation, don’t resist it by clinging to the obsolescent structures of the past.

Life is change, you must keep moving, changing, adapting, transforming. Woody Allen, in his classic film, Annie Hall, said: “A relationship, I think, is like a shark. You know? It has to constantly move forward or it dies. And I think what we got on our hands is a dead shark.” Your relationship with life, the Tao, must be like a live shark, constant forward movement or else stagnation and death. Embrace the need for continual transformation.

Many forces within and without resist change. For those willing to read more, in “Dealing with Shock,” the last section of A Guide to the Perplexed Interdimensional Traveler,

discusses a philosophy of shock:

…all organisms are conservative. They dial in an equilibrium, what biologists call homeostasis, and they seek to maintain it. This is a crucial life function, because organisms are generally complex, fragile processes, that require relatively narrow parameters of environmental conditions — such as oxygen levels, temperatures, food sources — and, inevitably, the environments in which they occur have destabilizing, chaotic elements that frequently threaten them with death or even extinction. Organisms work indefatigably to try to dial in their niche, to maintain the homeostasis that keeps them going. You don’t want your liver enzymes, heart rate or blood sugar to fluctuate wildly — that would threaten your survival. You want them dialed in, rolling along on an even keel. The human psyche is an organism, the most complex we know of, and complexity often means fragility. What both Freud and Jung recognized, what anybody looking around himself  should recognize, is that the human psyche is also highly conservative.

Conservatism can be good for homeostasis, but can also, if it is excessive, put a ceiling on development and evolution. To evolve means to change, and we don’t always want to change. Two fairly conscious and compassionate I met recently told me at different times, and without mincing words, “I don’t like change.” I told them that I could sympathize because change is usually precipitated by shock, often unpleasant shock. But to dislike change is to create inevitable suffering because change is the only constant we have.

But when we inwardly resist the passing, the change,  we are more likely to interpret it as an outward shock acting as fate.

The conservative tendency is so strong that many will resist change even if they are in a bad situation that is attempting to get better. You may remember the Morgan Freeman character in Shawshank Redemption who is unable to adjust to life as a free man and wants to get locked in at night. I’m also reminded of a newspaper photo I once saw of a young girl who had been horribly abused by her mother who had broken many of her bones. The photo was of a court hearing and shows the little girl being led away by some kindly looking matron while she is screaming to be reconnected with her mother. Better the devil we know, than a devil, or even an angel, that we don’t.

The average person tends to tread water, seeks to maintain status quo, homeostasis, and will change inwardly only in response to drastic outside shock. When shocks occur the average person take no responsibility for them (especially if they are negative shocks), believing instead that he is the victim   of “bad luck” or forces beyond control. This may be especially  true, of course, when the shock is a macro-geophysical or nation-state effect like a flood, earthquake or war.

Shocks, it should be pointed out, can be “good” or “bad.” Winning the lottery or suddenly falling in love is a shock just as much as a car accident or economic crash. Shock just means the equilibrium has experienced a perturbation or disturbance — a sudden disequilibrium. Don Juan said (I’m paraphrasing), that for the average man everything is either a blessing or a curse, but for the warrior everything is a challenge and a learning experience.

The psychic inertia that resists change is so strong that Jung described the path of individuation, or unique individual development, as “contra naturum” — contrary to or against nature. Gurdjieff, who so eloquently described man’s mechanical nature, called the change to unmechanicalness “against God.” Their point was that to generate your own internal change meant pushing against such vast inner and outer inertial force that it was as if you had a whole universe resisting you. Often it is us, our own neurotic homeostasis and passivity, our false ego, that provides the resistance. And as Jung said, “Man’s greatest passion isn’t sex, love, money or power — it’s laziness.”

So shock can be like a divine gift, a catalyst for evolutionary change. After all, if it wasn’t for shock in the form of a giant asteroid hitting the earth sixty-five million years ago and flattening everything larger than a chicken there might be a velociraptor strolling through tropical foliage instead of you sitting there reading this over the internet. Our incarnation began with birth shock and  ends with a shock too. Shock is our often unwelcome and constant, if unpredictable, companion.

If shock seems relevant to your change process, go to A Guide to the Perplexed Interdimensional Traveler

and read the complete section “Dealing with Shock.”

Consider this a propitious time to flow with the cycle of life and accept change with agility and good grace.