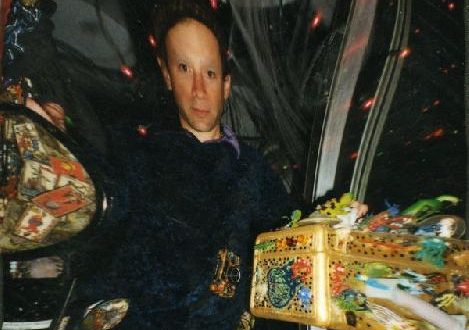 photo of me with objects I decoupaged and assembled — Halloween party in Boulder — special effects by Nick Bostick Card URL: https://www.zaporacle.com/card/interdimensional-traveler/

and An Interdimensional Traveler’s Codex