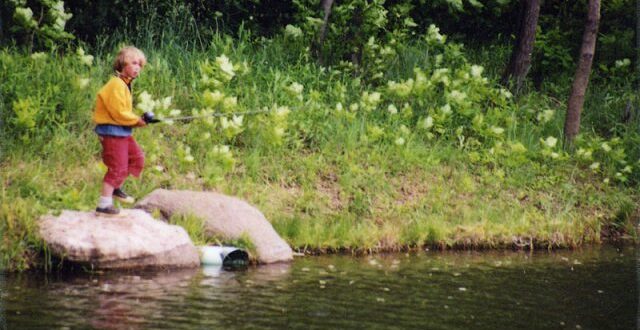 Waiting in an unstructured attitude, alert to the unexpected.

This card relates to hexagram #25 of the I Ching: “Innocence.” Carol Anthony compares the state of “conscious innocence” (oxymoronic as that phrase might seem) to the game of tennis. If you are expecting the ball to come across the net in a certain way, then you are unprepared for the way it actually comes across. In the state of conscious innocence you wait with alertness for the unexpected, do not prestructure the future, and are ready for anything. As Casteneda/Don Juan says, “The warrior is always humble and alert.”

We fall from this sort of innocence when we prestructure the future, expecting our career, love life, finances, etc. to turn out in certain idealized ways. But man proposes, and the Tao disposes. Things almost never turn out as we expect, and that’s great, that’s part of the challenging, unpredictability of life. If we cling to our expectations, however, we are handicapped in dealing with the life that doesn’t meet our expectations coming at us right now.

In A Guide to the Perplexed Interdimensional Traveler I suggested that we have a “gerund filter” in our minds to tell us when we are losing our innocence. The Gerund Filter,

“…involves a list of categories of thought that are indicative of the ego nervously trying to control the Tao. The position of Taoism (based on the I Ching) is that the universe is unfolding as it should. But the ego, like a nervous backseat driver clutching an imaginary steering wheel in its sweaty, white-knuckled grip, never trusts the nonlinear path of the creative so completely out of its control. Categories (presented as a list of gerunds) that indicate the ego resisting the Tao and/or trying to assert imaginary control over it include: WANTING, WISHING, WORRYING, HOPING, FEARING, DREADING, DESIRING, ENVYING, COMPARING, SUPERVISING, LIFE-GUARDING, JUDGING, COMPLAINING, SELF-PITYING, STRIVING, ANTICIPATING, EXPECTING, PRESTRUCTURING, CONTRIVING, FORCING PROGRESS, HEDGING, RATIONALIZING, CLINGING AND DOUBTING.”

Yes, this is an intimidating list! It gives an idea of how often we fall out of the state of innocence.

There are so many ways that we lose our conscious innocence. We fall from innocence when we “look aside” and compare our rate of progress to others. We lose our innocence when we fall for our ego’s desire to see straight-line progress to our goals, disdaining the inscrutable zig-zag path of the creative. We fall from innocence when we find ourselves preparing for and/or dreading imagined future problems. The fallen mind views everything as a blessing or a curse, but the innocent mind accepts everything, expected or unexpected, as a challenge and a learning experience.

Conscious Innocence gives us the creative power of “beginner’s mind.”

A beginner’s mind is open, curious, even awed by what is, and free of preconceptions, expectations, and prejudices. Beginner’s mind is like the mind of a small child that discovers things anew and is filled with wonder and amazement.

Consider this a propitious time to regain the power, creativity, wonder and amazement of Conscious Innocence.

For those willing to read a little bit more, in Card #530, “Reaping the Unexpected Harvest,” I give an example of a time when I fell out of Conscious Innocence and had to find my way back. It happened,

…on a day when many minor unexpected events kept me from my planned agenda. For example, I went to sleep early, planning to get up early to do some work on the oracle. An unexpected phone call at one o’clock in the morning interrupted my sleep. I interpreted the phone call as a setback and as I allowed frustration and resentment to grow I found I was unable to surrender to sleep. Resisting the unexpected event made it more disruptive and exhausting. After I overcame the insomnia and got up the next morning I allowed other minor unexpected events to bother me. I resented that there wasn’t more time and space in the day to do what I had planned on doing. By evening, as I waited for the start of what proved to be an excellent movie, I realized I was agitated and in a state of nervous tension that was the direct result of my fighting with the unexpected and unwanted events of the day. But while I was feeling frustrated at the planned things that didn’t happen and the unwanted things that did, several unexpected good things happened. As I recognized this, I had several life-changing realizations.

Usually we think of a realization as a new insight. In this case there was no new insight, but a case of well-known principles suddenly becoming much more real to me. A realization is when a truth, often a well-known truth, becomes real for you. This realization may come years, or even decades, after you have grasped the truth intellectually.

I realized that I harmed myself by fighting with the unexpected, unwanted things that the day had brought. Resisting these divergences, I made them more harmful than they would have been had I accepted them and worked with them more gracefully. But even my resistance was part of the harvest of the day. The resistance and its consequences led to my realizations, and led to the creation of this card. Perceiving the harm that my resistances had created, certain I Ching principles became more real to me — that it is better to be path-oriented rather than goal-oriented, that one should not take gain or loss to heart, and that fear and doubt are where harm enters.

As the sun was setting, I was able to look back on the day with something like end-of-life wisdom. I saw that amongst the frustrations and unwanted events several beautiful, creative and loving things had happened as well, and I was able to reap the unexpected harvest.