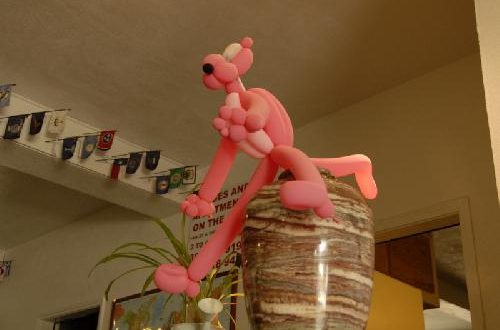 Pink panther balloon sculpture done by an itinerant street artist who was staying at the Boulder International Hostel and left a sample of his work on a large onyx vase on the front desk. Card URL: http://www.zaporacle.com/card/catch-the-cosmos-doing-something-right-2/