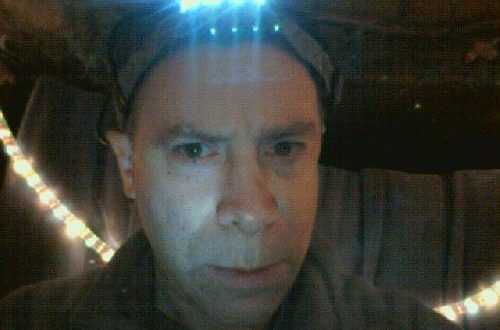 Card #394 – Casting Light on your Obsessions

This is called casting light on obsessions, not eradicating obsessions, because some obsessions can lead to creative breakthroughs. An obsession is like wrestling with an angel. The average person gets pinned to the mat because he doesn’t have his obsession, his obsession has him. However, a mutant with a sufficiently strong commitment to consciousness and the creative muse will force blessings from the angel.

Within the particularities of your personal obsessions are collective obsessions. John is obsessed with Jane, but that is just an individual permutation of the collective romantic obsession, and even that pervasive obsession is a refraction of the even more universal obsession with finding wholeness from the outside. Since your particular obsession is probably built on collective obsessions — obsessions that have consumed the souls of so many before you — you are wrestling with an entity that may have the psychic momentum of billions behind it. So an obsession is like wrestling with an angel, but the angel is not necessarily a pale, slightly anorexic, winged androgyne. More often, the angel of obsession is like a six-billion-kilo sumo wrestler covered with Vaseline. There is a reason why people talk about being “in the grip of an obsession.”

The way you wrestle out the blessings is that you shine your brightest lights on the obsession. You force it to be a teacher, not merely a tormentor. Learning about your obsession can teach you things of inestimable value, and the things you learn may help you to help some of those who are similarly afflicted and blessed. At the core of the core obsessions (if you can get in that deep)are diamonds that have been formed by the confluence of time, pressure and temperature.

Obsessions tend to be like two-faced gods. One face is angelic and the other demonic. If you shine the right lights on the obsession, and learn to relate to it in a life-enhancing way, you see the angel face. If you let the obsession work in the darkness, however, tragedy is the best you can hope for. Worse than tragedy is that you aren’t there anymore, you’ve been hollowed out and are now one of the many hungry ghost personifications of the collective obsession, a ring wraith searching across wastelands for the Precious.

Consider this is a propitious time to summon your will to consciousness and cast light on your obsessions.

For advice on living and working with creative obsessions see:

If your obsession is romantic I strongly recommend reading all of the following:

If your obsession is with your body image, read the following:

If your obsession is money, debt or wealth read:

If your obsession is also an addiction: