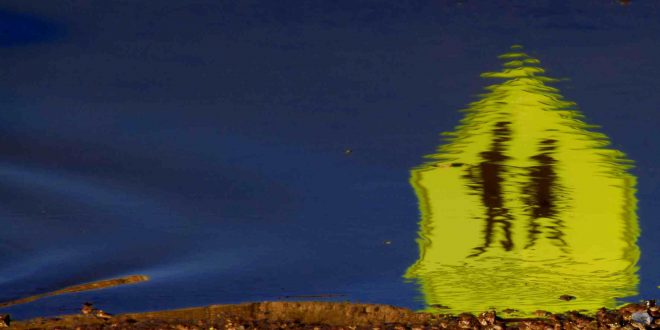 The blurred boundary situation can be one of life’s greatest challenges. So many things can cause us to be confused about where we leave off and another person begins, and other people can have the same confusion about us.

The most dramatic example of blurred boundaries occurs when someone lights up in our Eros as all-attractive. It is of the nature of Eros to want to blur boundaries with the beloved. Eros seeks merger, and since it reaches toward the beloved with a will toward pleasure and fulfillment, it so easily and inevitably confuses and merges what it needs or wants with presumptions about the beloved’s needs or wants. This leads to a violation (in thought and/or action) of the prime directive of interpersonal relations: Recognize and respect that other persons are free-willed autonomous entities non-identical to our projections onto them.

The boundary between where our psyche and our conditioned perceptions leave off, and where the free-willed autonomous entity out there begins, so easily becomes blurred. The image or fantasy we have of the other has such a powerful existence in our psyche that we naturally assume that this inner version of the other corresponds to the actual other. The road to hell is paved with such assumptions!

It is crucial to respect the otherness of others — they are like another world, another dimension, and despite whatever proximity they have to our world/dimension there are so many unknown aspects. It is a lifetime struggle to begin to know ourselves, how easily and falsely do we presume to know others and merge our agenda and projections with their veiled identity.

There are many classic versions of the blurred boundary situation. In the case of romantic infatuation, we may actually project our soul onto the other person and feel this eternal-recurrence sense that he or she is destined to be with us (see links below). Other cases of merged boundaries happen because the other has a resemblance or resonance to past relationships that we have, consciously or unconsciously projected onto them. Maybe the other has an age or typological resemblance to mom or dad and we experience a transference of all the baggage of childhood onto her or him. Maybe the other resembles the boy or girl who stole away our boyfriend/girlfriend in high school, and we resent his/her attractiveness, or they resemble the boyfriend/girlfriend we wish we had in high school and feel he/she has reappeared to make amends for the past, etc. Parent/child relations are classically blurred, and parents typically confuse what they want their child to be with the free-willed autonomous entity that incarnated through their bodies, but has its own developmental track (so often fantastically different than what they expected).

Part II of the blurred boundaries theme can be read at:

See also: What are my/your Intentions Toward the Other?

Casting Precious into the Cracks of Doom…