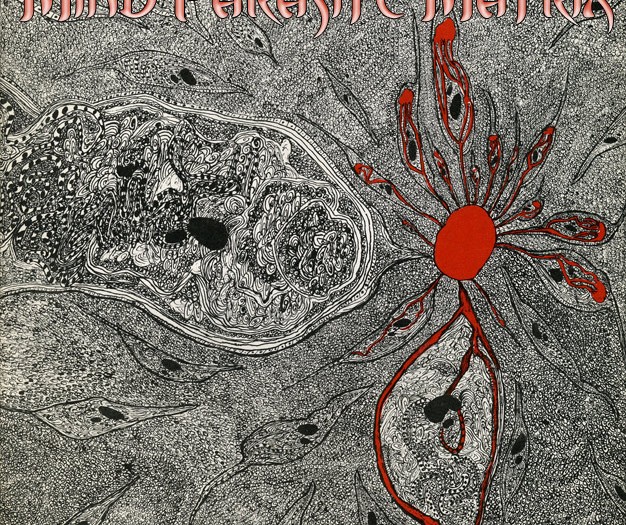 ( The cover design comes from a pen and ink drawing I made when I was seventeen entitled, “Parasites.”)

The following is from Heretics of Dune (the 4th book in the classic science fiction series by Frank Herbert) which I found to contain one of the most incisive, conscious expositions on the inner biological, energetic dynamics of the mind parasites. For a much more thorough treatment of the subject please see Mind Parasites, Energy Parasites, and Vampires….

The excerpted portions may also give an idea of the depth of esoteric knowledge available from a careful reading of the Dune books, but is by no means a representative episode—it is just one of a myriad of jewels embedded in this great fantasy work.

This excerpt is unique in my experience of fiction in that the mind parasite is given a fully conscious voice. This chapter also epitomizes a theme that cuts across all the Dune books—Herbert is always showing social and historical transactions as a complex flow of energy. Power structures are always trying to maintain a flow of energy that has made them powerful through transactions where they capture more energy than they expend.

In the chapter, a highly conscious warrior character, Miles Teg, enters a room where he is to meet with an “Honored Matre” a powerful adept of a renegade sisterhood that has a vast and sinister array of powers (this is the mind parasite character). Teg recognizes that the building and the room appear to be those of a high-level bank, and the Honored Matre acknowledges his recognition as having a deeper meaning. She tells Teg, “There are always means of transferring large sums or selling power. I do not speak of the power that runs factories, but of the power that runs people . . . I think of myself as a banker.”

This represents a boiling down of an essential truth. Our individual struggle with mind parasites is always about a flow of energy. A banker quantifies and protects the energy units he has accumulated while attempting to have a flow of energy where he captures more units than he expends. This is what a parasite or predator does. Therefore, to follow the suggestions of Gurdjieff and others, we notice mechanical patterns (habits, addictions) where conditioning (cellular, social, etc.) causes us to drain ourselves of psychic and bodily resources. Each of these habits or addictions is a kind of devil’s bargain, you get something up front, a buzz from that white powder, for example, but then you pay an ever-increasing price, financially and metabolically for it, and the law of diminishing returns manifests as a pit with very steep walls. Human energy is the sweetest, the most potent, and rich energy available on this plane so there are arch-parasites, that are incredibly shrewd, that feed off this energy—in the Gurdjieffian paradigm this is called “being food for the moon.”

The chapter begins with a quotation that states the law of the minimum: “Growth is always limited by that necessity which is least available.” This banking law applies to any living system from a planet, a civilization, a government, or a human psyche. To apply this to your own life, you can ask yourself “what necessity is least available that is limiting my growth?” Sometimes this could be an environmental factor: in a famine, it might be food, and sometimes it seems like money or time which are often interdependent. It might be will or whatever means are necessary to keep oneself from a depotentiating addiction like eating inferior foods, smoking, unconscious sex, etc. The banker’s perspective is to see where energy is being conserved or stolen. As the Honored Matre says (on viewing her as a banker) “it…saves a lot of muddy and distressful circumlocutions.”

The Honored Matre (hereafter abbreviated as “HM”) tells Teg that she expects him to be of great value to her (i.e., we expect to make an energic deposit of your talents). Teg responds “I’ve always thought I was of most value to myself.” This stance of inner independence is another energic message: I will not be drained by an external parasite. Appropriately, the HM is infuriated by this statement. Sounding like an evil Gurdjieffian, the HM refers to the collective as “Muck” She tells Teg: “Their curiosity is narrow gauge. No great issues ever enter their awareness. . . . We work to keep it that way.” Appropriately the HM is both extremely ancient (because the parasitic forces she represents are ancient) and also she is recognized by Teg as a supremely dangerous opponent (he recognizes her as “the Beast”). She has the arrogance of a predator that has sat on top of the food chain for millennia.

A universal Dune theme is: Who can overcome an enormously over-determined predator/parasitic power structure? The answer is always a heretical mutant, an individuated being with superior consciousness as the weapon of rebellion. Again, viewing HM as a brilliant personification of mind parasite forces, she is extremely straightforward (at least to Teg) that the collective—which she calls “the Muck”—is what the HM feed off of, and therefore they expend significant energy to ensure that the collective remains unconscious. She tells Teg: “It’s just that you think of the muck in the wrong way. . . Luckily, they are mostly self-limiting. They know this somewhere in the damps of their deepest consciousness but cannot spare the time to deal with that or anything else except the immediate scramble for survival.” Sardonically, Teg asks: “They cannot be improved?” HM replies: “They must not be improved! Oh, we see to it that self-improvement remains a great fad among them. Nothing real about it, of course.” (this immediately reminds me of Terence McKenna’s arch comment on New Agers: “They’re willing to try anything so long as it doesn’t work”).

Teg replies: “Another luxury they must be denied.”

HM responds: “Not a luxury! Nonexistent! It must be occluded at all times behind a barrier that we like to call protective ignorance.”

A little later the HM states a law of opposites that operates with all forms of collective psychosis: “The thing you beware of is the opposite of what-you-do not-know.” She also tells Teg, in so many words, that conservatism is always the reigning creed of parasitic forces. They, of course, want to defend the status quo that allows them to steal energy. She tells Teg: “We teach that new knowledge can be dangerous.”

The HMs control populations through a pathologized form of Bene Gesserit sexual imprinting. They are able to create so much pleasure in males that they can completely enslave them. This happens to one of Teg’s staff whose name is Muzzafar. When Muzzafar appears subserviently behind HM his face is flushed and his eyes bright—apparently he has just had a rewarding sexual episode. Mind parasites can enslave through pleasure more easily than pain. Gesturing to Muzzafar, HM tells Teg ominously: “One day I will permit you to stand behind me this way.” Teg is consoled by the intuitive recognition that neither HM or Muzzafar enjoys their lives much. He sees essentially (my words) that consciousness ultimately has more vitality, that evil tends to depotentiate because it lacks internal vitality and must always feed off external stimulants to which it becomes ever more jaded (habituation). In other words, the moon can only reflect the sun’s light. By the way, I was listening to a book on tape, All the Pretty Horses, when I encountered another example that there is an archetypal association between the moon and mind parasites. The hero, heartbroken, looks up at the moon and realizes that there must be parasitic deities that feed off of human suffering.

“Do you thank us, Muzzafar?”

HM: “In essence, power such as ours is allowed to become the substance of survival for many people. Then, the threat of withdrawal is all that’s required for us to rule. Would you like us to withdraw our favor from you, Muzzafar?”

“No, HM.” Teg sees that MZ is trembling at that suggestion.

HM: “No, Bashar! We have an old one . . . Like all others we control, Bashar, you have a choice: death or obedience.”

Teg: “That is a rather old choice.” He agreed. This is always the public stance of parasitic forces: You are with us or you are against us. 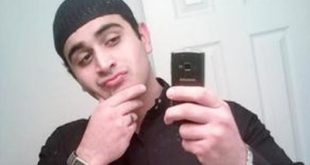 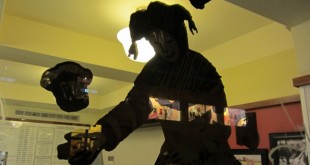