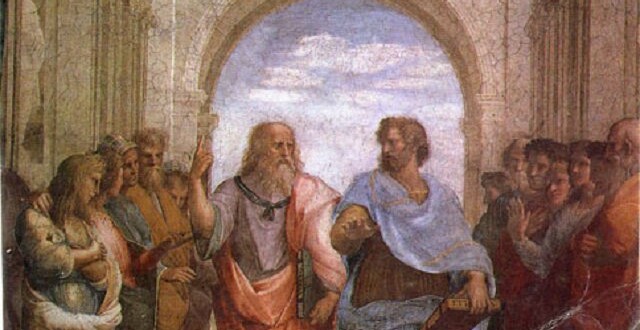 email dialouge between me and John Jenkins about the nature of time:

Recent email dialouge between me and John Jenkins about the nature of time:

Hey John, Sometime before Monday I want to talk to you about your concept of the “center of time.” It think that is one of the most incisive, rhetorically effective statements, “It’s not the end of time, it is the center of time.”

Last time we discussed whether time can be seen as a circle or is there a teleology that can stretch that circle toward a spiral if the universe, as Terrance and I believe, seeks an increase in novelty, self awareness? Is there an arrow in time, an evolutionary goal? Teilhard de Chardin seems to make a good case for this. This of course is hard to reconcile with a more Eastern, eternal reccurence, which to me offends my aesthetic intuition of reality as it seems uroboric, monotonous, mechanical. For example, with the perennial philosophy, what my aesthetic intuition wants to be true is that the new golden age be an advancement on the previous golden age of 24,000 years ago. I have no problem exhaling away from the wholeness and alignment with a golden age into increasing outer darkness, if it is ultimately developmental—the principle of the Taoist I Ching is that evolution occurs in returning to the Tao, the corollary being that one needs to have aquired negative conditioning and become displaced from one’s essence and be eclipsed, because on the return path, if you make it, there is great development which wouldn’t have occurred if you never deviated from the Tao/essence as less complex forms never deviate from it.

Does the Perenial Philosophy allow for any spiraling forward of evolution over successive 4 age cycles, does it say anything about this circle vs. spiral?

A related question is whether the future is determined. I have come to believe that there are formed and unformed aspects of the future, but it is only because there are unformed aspects that there is any room for free will. Anomalies that are hard to reconcile are, for example, precisely precognitive dreams (which many have brought me) where they dreamt of the most specific circumstances and years later encountered them. Does “the center of time” eternity, stepping out of the illusion of linear time imply that the future is formed? If the future is unformed and the past formed, that implies some linear duality as some clock moves the line of the present forward turning actuality into past. I have heard some physicists say that events in the present can change events in the past, certainly this is true psychologically, but a fully formed future offends my aesthetic intuition as it seems altogether mechanical.

I think the question can be boiled down to one statement: eternity doesn’t evolve.

The goal of consciousness is to realize its eternal root and source, its limitless potential. That is the essential spirit-seed impulse that instigates the birth of all form-bodies.

Science, including de Chardin, tend to see this as a bottoms-up, causal, past-present-future process, wherein new or novel forms ‘delevop’ or ‘evolve’. The problem here is that ALL potential forms are embedded in potentia within the infinite, eternal unmanifest pleroma at the center and root of the manifest universe. Thus, the Perennial Philosophy view is that the apparent evolution of ‘new’ forms is really the sequential dispensation in the field of time of forms and states pre-existing in potentia . The potential number of possible forms and states is infinite, thus the factor of free will. But nevertheless, in principle, everything that has been, can be, or will be, comes out of the infinite eternal pleroma.

The oroboric snake is a symbol of eternity, in which boredom or monotony is one allowable/possible state, but there are many others (an infinity of others) to choose from. The theological debate about the eternal return is actually one of the logical conundrums that caused medieval theologians to doubt the idea of the Great Year. Precession and the Great Year continues to be a somewhat taboo subject among the religionites. This derives from using the metaphor of the circle, whereas I prefer the image of breathing in and out, a circling from unlimited infinite being to limited finite being—from the timeless to the timebound. If we realize our infinte eternal root, we do not annihilate the play that occurs in the field of time, because transcendence is inclusive. So no boredom there either.

Zap:
I’m sorry if this is philosophy 101 stuff and it is quite possibly my Western ego that has a bias toward suchness, individual differentiation, and novelty as compared to the infinite potential of nothingness.

I think of the question with the following physical analog:

Let’s say we have a computer which has an old fashioned cathode ray monitor. We start with the monitor on but no input. The monitor has a (for all practical purposes) infinite capacity to fire electrons and light up the pixels (the pixels would be analgous to every particle, photon, everything in the multiverse) in an infinite array of possibilities. In potentia it has the ability to produce any possible form in the pixel universe. There are some mechanical templates, having to do with the hardware, the software, the refresh rate,etc. that may limit, somewhat, the ability (free will) of the human user to control the pixel universe in anyway that they want, but otherwise—say we have a user who is a master of photoshop and finalcutpro etc.—–they have a gigantic ability to breath out and create, via an exhalation of electrons new forms in the pixel universe. At the end of her session the monitor breaths in its beams of electrons and the pixels are blank in a state of infinite potentia.

To my way of thinking the state of infinite potentia, may contain the possibility of infinite forms, but as the human user masters her programs, as the programs improve—–perhaps first she learns photoshop and can create anything on the 2-d plane, but later learns 3-d animation and can now subcreate in whole new dimenisions in later computer sessions, regardless that the computer returns at the end of the sessions to a blank infinite potentia state there is an evolution occuring, there is a way that the purpose, the end user teleology of the computer is being fulfilled more when it is actively interacting with creative intelligence generating novelty than when it is in standby mode with infinite potential but nothing happening. We would also consider it a very poor computer if every time we turned it off it returned to infinite potentia, buy lost all its memory. We expect and need the computer/universe to retain the novelty we have created so that we can build on that at the next exhalation. (as Terrance puts it the universe conserves novelty) It would suck if the computer memory reset to zero even if it retained its infinite potentia.

I had a computer crash this morning and woke up to find a completley blank screen which terrified my Western ego that wants to do things. Tech support easily led me to resetting the computer and told me that I should boot down the computer more often. The inhalation, booting down and return to infinite potentia is good for the computer as is sleep/meditation good for me (but I would hesitate to meditate or go to sleep if I would awaken and have a blank memory) but the real fulfillment of function is when the computer/zap is on and creating novelty.

Similarly when people die, according to Greek mythology, they drink from the River Styx, the river of forgetfulness.  They forget their past, but the implication of forgetting is that there is a memory but it is not accessible.  Since there are well documented cases of people recalling specific prior incarnations with verifiable info. it would seem that death does not wipe the slate clean, but novelty is conserved, information is preserved in the system.  According to information theory, information is never lost. Stephen Hawking lost a long term bet and now admits that information can survive crossing the event horizon and entering a black hole.