Catch the Cosmos Doing Something Right

Catch the Cosmos Doing Something Right

My friend Rob Brezsny recently published a book entitled Pronoia. According to the book, Pronoia is a term “…coined in the mid-1970s by Grateful Dead lyricist and cofounder of the Electronic Frontier Foundation, John Perry Barlow, who defined it as the opposite of paranoia: ‘the suspicion that the universe is a conspiracy on your behalf.’ “

It is easy to view life as a catastrophe, a catastrophe we can head off only by a white knuckled grip on our body, money, possessions and relationships. But maybe your life is more of a “euchatastrophe” than a catastrophe.

From Wikipedia: Eucatastrophe is a term coined by J.R.R. Tolkien which refers to the sudden turn of events at the end of a story which result in the protagonist’s well-being. He formed the word by affixing the Greek prefix eu, meaning good, to catastrophe, the word traditionally used in classically-inspired literary criticism to refer to the “unraveling” or conclusion of a drama’s plot…It could be said that the ending of The Lord of the Rings is an Eucatastrophe. Though victory seems assured for Sauron, the One Ring is destroyed beyond all hope. Essentially a bad situation suddenly turning good. For more on Pronoia, go to Rob Brezsny’s site, freewillastrology.com, and/or read my review of Pronoia: Is the World Spiraling Toward Eucatastrophe or is that just my Pronoia? A new edition of Pronoia is available on 9-22-09 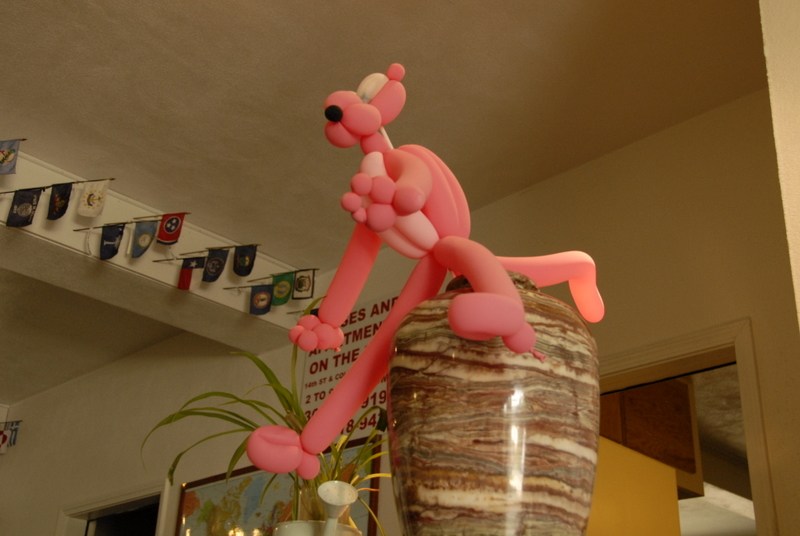 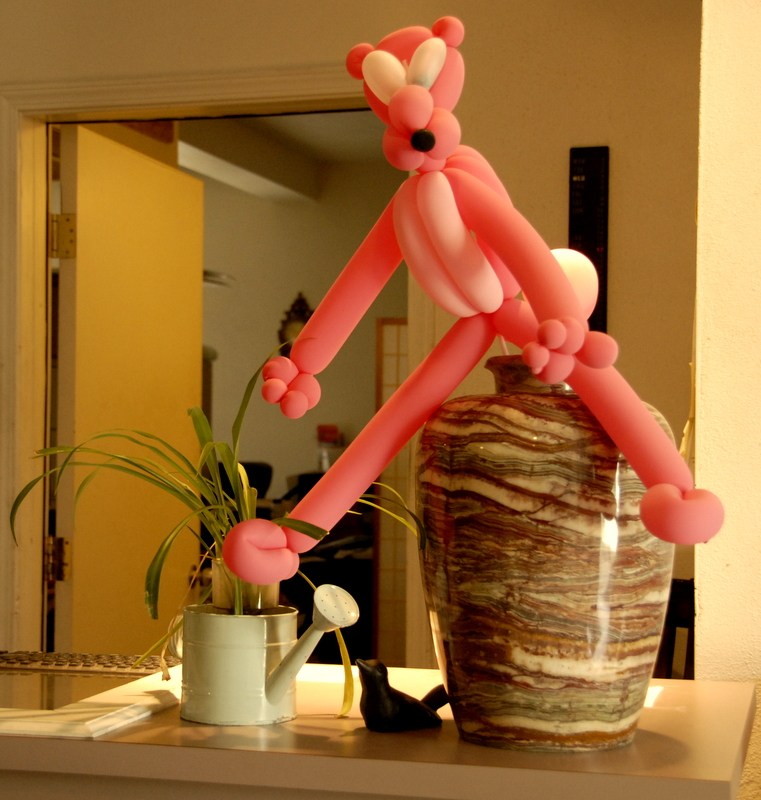 A couple of alternative images—pink panther balloon sculpture done by an itinerant street artist who was staying at the Boulder International Hostel and left a sample of his work on a large alabaster vase on the front desk.