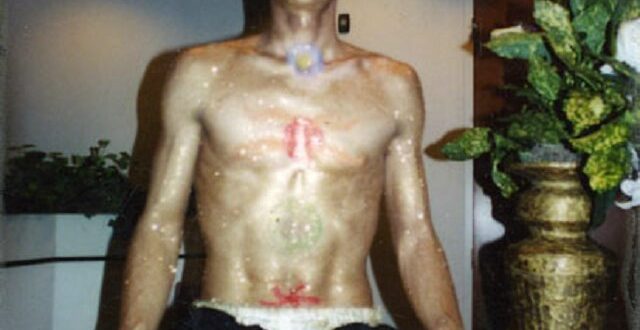 Is there a spell of some sort (infatuation, obsession, identification, laziness, negativity, false enthusiasm, addiction, compulsion, one-sided belief, etc.) that blinds your view? Open your eyes and regain your inner power!

Here is an anti-spell technology that I described in A Guide to the Perplexed Interdimensional Traveler . It is called the “Gerund Filter,” and it,

“…involves a list of categories of thought that are indicative of the ego nervously trying to control the Tao. The position of Taoism (based on the I Ching) is that the universe is unfolding as it should. But the ego, like a nervous backseat driver clutching an imaginary steering wheel in its sweaty, white-knuckled grip, never trusts the nonlinear path of the creative so completely out of its control. Categories (presented as a list of gerunds) that indicate the ego resisting the Tao and/or trying to assert imaginary control over it include: WANTING, WISHING, WORRYING, HOPING, FEARING, DREADING, DESIRING, ENVYING, COMPARING, SUPERVISING, LIFE-GUARDING, JUDGING, COMPLAINING, SELF-PITYING, STRIVING, ANTICIPATING, EXPECTING, PRESTRUCTURING, CONTRIVING, FORCING PROGRESS, HEDGING, RATIONALIZING, CLINGING AND DOUBTING.”

If the filter uncovers that you are under a Gerund-based spell, go to a section entitled “Dealing with Afflictive Thoughts and Feelings” in A Guide to the Perplexed Interdimensional Traveler .

Most spells are based on losing connection to your inner wholeness and trying to regain it from the outside. See: Casting Precious Into the Cracks of Doom — Androgyny, Alchemy, Evolution and the One Ring

If the spell relates to romantic issues such as infatuation, see: